The excruciating coalition crisis we suffered through this week, courtesy of Yisrael Beytenu leader Avigdor (Yvette) Liberman, had nothing to do with drafting haredi men into the IDF.


This was not a “struggle for the character, identity and direction of the country,” as some over-enthusiastic Liberman-supporters blathered. It was not a “struggle over Israel’s fundamental values and push-back against the haredization of Israel.” Liberman is not a “symbol of proudly defiant secular Zionism,” nor was he playing hardball “for the future of Israel.”

Both suggested bills, like all previous such legislation, were bluffs. They were designed only to facilitate a modicum of very slow voluntary haredi integration into higher education and the modern workplace, and to ward-off impatient and unwise Supreme Court intervention in the matter.

Thus, Liberman’s going to the barricades on this issue to the point of forcing new elections (ugh!) was nothing more than bombastic posturing; a cockfight with Netanyahu meant to sadistically draw blood.

Liberman is a cross between French right-wing extremist Jean-Marie Le Pen – a populist rabble-rouser, and Russian strongman and former KGB agent Vladimir Putin – who excels at accruing power and asserting his relevance despite inherent weaknesses.

Alas, Liberman’s contribution to Israeli politics runs from negligible to detrimental. He has no record to speak of, aside from incitement and vindictiveness. I can’t think of a single positive contribution to Israeli society, economy, defense and foreign policy made by Liberman and his dictatorially hand-picked Knesset faction members over the past 30 years (quite a few of whom have ended-up in jail).

Does anybody remember Liberman’s tenures as national infrastructure minister, transport minister, minister of strategic affairs, minister of foreign affairs, and even defense minister? Is there a single concrete achievement or worthwhile doctrine that emerged from his tenure in these senior posts?

What I do remember well are Liberman’s many grandiloquent and violent eruptions on sensitive issues that require statesmanship and nuance – two qualities he lacks exceedingly.

Yvette the autocrat called for the bombing of the Aswan Dam in response to Egypt’s support of Yasser Arafat. He advocated the execution of Israeli Arab MPs who had contacts with Hamas. He said that Gaza should be “treated like Chechnya,” meaning Putin-style carpet bombing of civilian areas. He wanted to transfer Arabs of the Galilean triangle to Palestinian control, and to expel Arab citizens who refuse to pledge loyalty to the Jewish state.

Then there is Liberman’s ever-elastic pronouncements regarding Palestinian statehood, sometimes fiercely against and other times smarmily and suggestively in favor.

When he was seeking to ingratiate himself in Washington (as foreign minister), he declared that he would be willing to evacuate his home in Nokdim (a Gush Etzion settlement) in exchange for peace. What that really meant is that Liberman would readily sell his mother and sister in order to advance his political fortunes.

And so this week, Yvette cynically and maliciously dragged Netanyahu through the gutter, along with Netanyahu’s threadbare chances of avoiding indictment and all hopes for stable government.

Liberman nauseatingly pushed the country into another utterly unnecessary election campaign; a campaign that means months more of deadlock in government policy-making and tons of hateful election rhetoric and divisiveness.

It’s hard to give politicians a bad name or a worse reputation than they have now, but Lieberman is a doing a fine job of it. 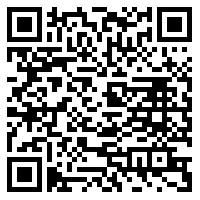