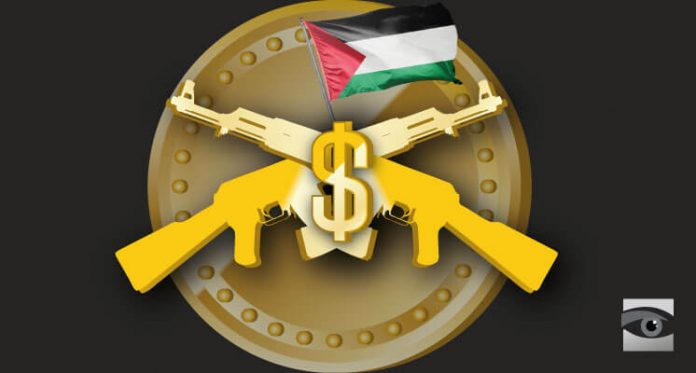 Question: How do you get the American government to finance a terrorist regime when U.S. law prevents it from doing so?


Answer: Twist the meaning of words, claim that the law doesn’t say what it obviously says and pretend the regime doesn’t sponsor terror. In other words, play the usual games.

Those games are in full swing now in the campaign to put American taxpayers’ dollars into the pockets of the Palestinian Authority.

Last week, The New York Times published a gigantic feature story about a Palestinian Arab school located in the village of Jaba near Bethlehem that supposedly will be in dire straits unless it starts receiving large amounts of American aid, and fast.

The article, by Times correspondent Adam Rasgon, never considers the question of why the P.A. chooses to fund terrorists rather than its own schools. Last year, the P.A. distributed $15 million monthly —monthly!—on salaries for terrorists who are imprisoned in Israel. Just one month of those funds could have built quite a few schools.

Instead, Rasgon’s entire article was based on the premise that America has some kind of obligation to pay for the P.A.’s schools.

Moreover, what exactly is being taught in the school that the Times wants American taxpayers to support? P.A. school textbooks are notorious for glorifying terrorism and vilifying Israel and America. Are we supposed to believe that the Jaba school will be the first P.A. school to use a moderate, peace-promoting curriculum?

One of the main commentators quoted in the Times article was Joel Braunold, who was described as “an expert on U.S. law surrounding foreign aid to the Palestinians.” Braunold made it clear he is troubled that U.S. law, specifically the Taylor Force Act, prohibits sending aid to the P.A. so long as it pays terrorists.

So Braunold plays word games to get around that inconvenient law.

He asks: “Would funding construction of this school, which is controlled by the Palestinian government, be considered direct support of the Palestinian Authority? It may or may not be. It is up to the Secretary of State to decide.”

Braunold is obviously hoping that the current Secretary of State, unlike his predecessor, will change the plain meaning of the term “direct support” so that the Taylor Force Act can be discarded, and the U.S. can start sending checks to the P.A.

Braunold and the Times are not the only ones playing word games in order to get aid to the P.A. Recently, David Makovsky—former right-hand man to ex-Mideast envoy Martin Indyk—has been promoting the idea that the P.A. should dress up its payments-to-terrorists program as “a welfare system” that would pretend to hand out money based on financial need (instead of based on how many Jews the recipient murdered). Makovsky was doing what we call “saying the quiet part out loud”—giving away, in public, what he hopes the P.A. will do in order to perpetrate a farce on American taxpayers.

One last word about Joel Braunold, the “expert” who was quoted prominently in the article about the school. The Times correspondent, Adam Rasgon, somehow “forgot” to mention that Braunold is the managing director at a left-wing think tank, the S. Daniel Abraham Center for Middle East Peace, which just happens to advocate U.S. funding for the P.A. (Key activists at the center in years past have included J Street leader Jeremy Ben-Ami and Sara Ehrman, one of the founders of Americans for Peace Now.)

I would welcome a serious and robust public discussion about the question of American aid to the P.A. and the Taylor Force Act. What I don’t like are the dishonest tactics being used by some of those who are promoting the Palestinian cause.

So, please, don’t tell us that the United States has some kind of obligation to finance P.A. schools. Tell us what’s being taught in those schools if you want us to fund them.

Don’t tell us that the Secretary of State can arbitrarily change the meaning of U.S. law. He cannot.

Don’t give the P.A. advice on how to pull the wool over the American public’s eyes so that it can get our money. And don’t pretend that an advocate for Palestinian funding is some kind of neutral “expert.”

Most of all, stop searching for new ways to get American dollars to a terror-sponsoring regime. Instead, try searching for ways to force the P.A. to change its terrorist ways. That would be a real step towards Middle East peace. 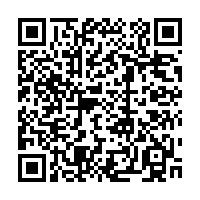