The Temporary International Presence in Hebron is Israel’s perpetual own-goal. The special task force oversees Jewish areas of Hebron and – beyond its members’ diplomatic passports – is similar in its activities to left-wing rights groups such as the  B’Tselem and Breaking the Silence. At the end of the month, Israel will have an opportunity to send TIPH home.


Israel has more observers than any other country, from the U.N. presence in Jerusalem’s Armon Hanatziv neighborhood to the U.N. Disengagement Observer Force on the Golan Heights. But the TIPH is an entirely different animal. It isn’t operated by the U.N. yet it is still an international force in Hebron. And unlike other such forces, which only the U.N. can abolish, it maintains an ongoing presence in Hebron because Israel says it can.

Israel was pressured to accept TIPH’s presence after Baruch Goldstein massacred 29 Palestinians at the Cave of the Patriarchs in 1994. The organization received its current    mandate as part of a 1997 agreement stipulating that its validity must be renewed every three months – hence its “temporary” status. For 20 years now Israel has renewed the hostile organization’s mandate to operate in Hebron.  Otherwise, its presence would have ended long ago. It is now one of the oldest observer forces in the world, and it contributes to Israel’s image as an outlaw state that demands special observation.

The anti-Israel bias of TIPH is built into its mandate, which tasked organization members with the one-sided mission of “promoting by their presence a feeling of security” for Palestinians in Hebron. Protecting Jews from constant terrorist attacks is not part of their job description. Members of the organization even “succeeded” in veering from this narrow definition by attacking Jews in Hebron in the last year. The attackers were later pulled out of the country by the TIPH leadership without ever having to stand trial. TIPH has cooperated with radical groups like Breaking the Silence and leaked confidential reports to the press. The organization’s reports are full of anti-Israel claims that have no connection to its stated task. According to media reports, TIPH asserts that Jews have no right to any presence anywhere in Hebron.

Unlike comparable U.N. forces, TIPH is not a separate international organization but an operational framework for security officials from five countries – Norway, Sweden, Turkey, Italy and Switzerland. These countries are themselves problematic in that they are often hostile to Israel. Turkey, the most blatant example, treats Israel as an enemy state. Ankara supports Hamas and has dispatched anti-Israel flotillas to Gaza, promotes anti-Semitic defamation and works to undermine Israel’s sovereignty in Jerusalem. Despite all this, Israel grants official immunity to Turkish representatives who photograph and video record Israeli soldiers and citizens. When TIPH was first created, Turkish President Recep Tayyip Erdogan was mayor of Istanbul. Ever since taking control of the government, he has turned his country into an anti-Israel state.

In 2014, Sweden became the first European country to recognize the “State of Palestine” in violation of the 1993 Oslo Accords. Israel sufficed with castigating the Swedes for the move and allowed their “observers” to remain in Hebron. Norway, the most powerful country in the organization, is one of the biggest supporters of the boycott, divestment and sanctions movement. Italy helped build the Bedouin shanty town of Khan al-Ahmar and is involved in the violation of Israeli sovereignty in Area C in the West Bank. It is important to maintain diplomatic ties with these countries, but it is absurd to give them special policing privileges.

The continuation of TIPH’s mandate sends these countries the message that no matter how much they harm Israel we will turn the other cheek. TIPH symbolizes the failure of Israeli foreign policy. Faced with a series of constant and ongoing campaigns against us – such as recognition of a Palestinian state, the banning of Israeli products and payments to Palestinians who relocate to the area – Israel always reacts out of diplomatic anxiety. It doesn’t take concrete action and as a result, the status quo continues unabated at our expense. Israel would be fully within its rights to act against TIPH.

But Israel doesn’t have to do a thing. It just has to abstain from signing the next round of agreements on Jan. 31. The decision is entirely up to Prime Minister Benjamin Netanyahu. We have never been required to do so little to advance Israel’s interests. 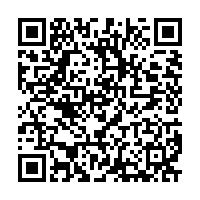