Last week, Ari Y. Kelman, associate professor and Joseph Chair in Education and Jewish Studies at the University of California-Davis, came out with a study entitled “Safe and on the Sidelines.” Its purpose is to challenge the results of other studies that have reported on the hostility and intimidation of antisemitism on college campuses, to the extent that campuses themselves have become “hotspots of antisemitism.”

“Safe and on the Sidelines” disputes the impression given by the other surveys, and claims that on the contrary, those surveys are not representative of the Jewish student experience on campus:

Interviewees reported low levels of antisemitism or discomfort. When they did encounter discomfort, they traced it either to the carelessness of student speech or to tensions within campus debates about the Israel-Palestine conflict, which they characterized as strident, inflammatory, and divisive. They held both supporters and critics of Israel responsible for creating this environment. The tone of student activism created a divided campus that left little room for reasoned, productive debate. (from the Executive Summary)


“Safe and on the Sidelines” has taken issue head-on and has itself drawn fire.

While Prof. Kelman claims that the other surveys create an impression that “does not represent the experiences of Jewish students at the campus level,” others point out that Kelman’s own survey is limited to the undergraduate students at five California universities: Stanford, UC Berkeley, San Francisco State University, UCLA, and UC Irvine.

The sampling of the study itself is  based on interviews with 66 of those undergraduate students.

But “Safe and on the Sidelines” is a qualitative study, trying to understand the student’s perspective through interviews, finding common themes and using the students’ own language in the report. Those other studies are quantitative and are based on information which is then analyzed through numerical data and statistical inferences.

Still, one would expect similar conclusions.

The issue of numbers and location are enough that in an interview with Tablet Magazine, Prof. Kelman admits his study is based on a “limited sample that was not a representative sample of Jews on campus.”

If so, then the sample does not represent Jews on campus, but neither is it a representative sample of the

Another bone of contention is the sampling group itself. Kelman describes how the survey was designed:

We intentionally sought out Jewish students who were either unengaged or minimally engaged in organized Jewish life on their campuses. Our rationale for selection reflected the understanding that students who fit our profile represent the vast majority of Jewish college students…we screened students with respect to their activities in order to determine whether or not they fit our general criteria so as to minimize those with vastly different definitions of �involvement� than ours. [emphasis added]

Caroline Glick attacks this aspect of the study’s methodology. In When Great Institutions Lie she writes that

There is certainly a valid argument to be made for researching the views of uninvolved Jewish students about antisemitism on campus. But the researchers didn�t do that. They didn�t survey a random, and therefore statistically meaningful sample of uninvolved Jews.

Prof. Leonard Saxe and his group, in their study Hotspots of Antisemitism and Anti-Israel Sentiment on US Campuses, used as their sampling applicants to Birthright Israel who were undergraduates at one of the 50 schools selected for their study. They included both students who ended up going on the trip as well as those who did not — the understanding being that “Birthright Israel applicants represent a broad spectrum of the Jewish student population, although they likely differ from Jewish students who did not apply to the program on some dimensions”.

These two studies, based on statistical analysis, conclude there is a problem of antisemitism on campus.

The fact that the Kelman study, based on what Glick considers a non-random sampling, comes to an opposite conclusion has her fuming.

Another issue that should be mentioned is that there are errors in the report, where quotes from one study are attributed to another. On page numbered 6 in the study, Kelman writes

Kosmin and Keysar also found that antisemitic incidents, while on the rise, are still �relatively rare, and the vast majority of Jewish students report feeling safe on their campuses.�

Later, on the page numbered 11 in the study, Kelman writes:

Kosmin and Keysar wrote, �While it is important not to conflate anti-Semitism with every incident of anti- Israel activity, the rise in anti-Israel events on college campuses contributes to what some students experience as a hostile campus environment.”

In fact, neither of these quotes attributed to Kosmin and Keysar are theirs. Instead, they are found in the ADL’s Anti-Israel Activity on Campus, 2014-2015: Trends and Projections, which is also quoted in Kelman’s report.

The first quote in particular is actually the opposite of what the Kosmin and Keysar report concludes.

When I emailed Prof. Kosmin to let him know about the error, he invoked Caveat Emptor, let the buyer beware.

Then there are the issues of interpretation. As a qualitative study, the impressions of the students are presented in their own language. The study categorizes their responses, but its conclusions are not always obvious.

For example, according to the section “Rejecting the Conflation of Jewish and Israel”

Many students traced whatever discomfort they felt to the tone of campus activism related to the Israel- Palestine conflict, and they generally did not identify activism as antisemitic. Nevertheless, fierce critiques of Israel left some of our interviewees feeling unsettled or attacked, regardless of their political attitudes. Our interviewees traced some of their discomfort to assumptions that they, as Jews, support Israel and its policies, and they offered careful explications of how they understood the relationship between their Jewishness and their politics. [emphasis added]

But what are the examples of “activism”?

If a divestment resolutions, singling out Israel for economic action does not qualify as antisemitic or at least anti-Israel, but rather as mere activism, then the nature of the mere discomfort seems suspicious.

And what is one to make of being held responsible for “the crimes of the Israeli government” just because one is Jewish, yet feeling only “uncomfortable”?

The study does make clear that of the 66 students, there were 6 who “expressed their understanding that anti-Israel sentiment was, by definition, antisemitic,” but if BDS is being perceived as a political as opposed to an anti-Israel action, then it may be that even fewer than 6 would see the problem.

Kelman justifies his sampling of 66 Jewish students who were “unengaged or minimally engaged in organized Jewish life on their campuses” based on his understanding that they represent “the vast majority of Jewish college students.”

In an interview with Prof. Leonard Saxe, I ran that past him — and he disagreed. He feels that a vast majority feel “substantial connection.” There was not enough time to delve into that, so it may be that Prof. Kelman and Prof. Saxe may be defining the idea of “engaged” differently. However, there is an aspect of that where they clearly do not agree. Kelman is adamant that the students in his study are knowledgeable:

Speaking up, either in support of Israel among students who were critical of Israel or as a critic of Israel among Jewish students seemed, to many, to be too heavy a burden. This was not for a lack of knowledge. We interviewed many students who regularly read the news or majored in International Relations, or elected to write about these issues in other classes. [emphasis added]

The omission of books as a source of knowledge is as conspicuous as his insistence that following the news gives you the facts.

On this point Prof. Saxe disagreed, and here I do too.

We live in a world where we can easily access thousands of videos of “man in the street” interviews, where people are regularly shown up to know less than what they think they do.

More to the point, Prof. Saxe described how he found that Jewish graduate students were incapable of distinguishing between the geographic locations of Tel Aviv and the West Bank.

At issue is more than just methodology. There is an unavoidable problem of interpretation involved in assessing comments of the students in a study of this sort. A discussion to divest from Israel is seen as only a bunch of activists talking while being told that as a Jew you are responsible for Israel’s actions is just a source of discomfort from someone talking out of turn.

Glick, for her part, blames the researchers of the report for convincing the students “that antisemitism isn�t anti-Semitism.”

Perhaps there is something to that.

At one point, Prof. Kelman describes the views of the students:

“Our interviewees clearly expressed that their campuses are not characterized by antisemitism, or at least, Jews are not targeted any worse than any other campus minority population.”

Do attacks on Jews suddenly have to be worse than those on other minorities in order to be considered anti-Semitism? Must they be physical and not just verbal or political? Why should there be a different bar that Jews must pass?

If we are to believe that BDS and the other manifestations of antisemitism are nothing more than sources of “discomfort,”

then we are doomed to continue enduring this 2000 year old sickness.

And no study, dismissing the problem of antisemitism on campus, is going to make things better. 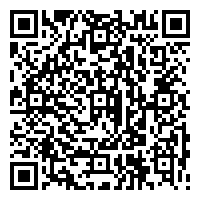