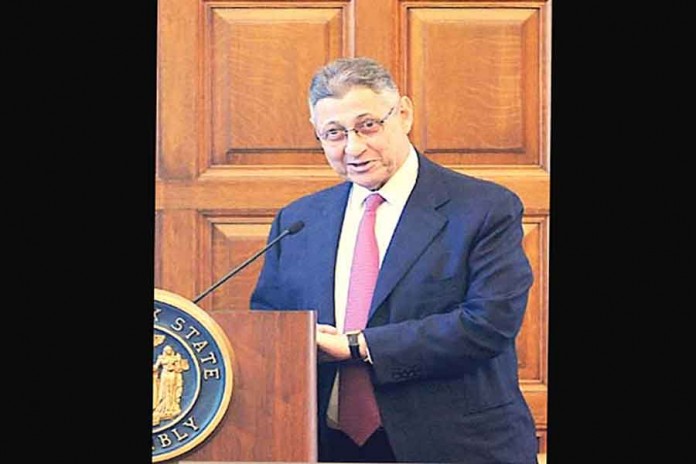 Shelly Silver died in prison on the day that Daf Yomi learners were studying page 12 of tractate Moed Katan. It is a seemingly repetitious recitation of various improbable circumstances in which prominent rabbis in the diaspora and the Holy Land had to decide whether the partial sanctity of Chol HaMoed prohibited conduct that was impermissible on the Sabbath. Rav, the founder of the great yeshiva of Sura, had his harvest reaped on Chol HaMoed. The Talmud reports that his contemporary Shmuel, who headed the competing academy of Neherdea, objected. Shmuel knew, according to one version of the incident, that Rav had a legalistic justification – he had no other food to eat. Nonetheless the Talmudic text declares: “Adam chashuv sha’anei” – a prominent person is different.

The same lesson is taught later, on page 12, in explaining why Rabbi Yehudah Nesiah was criticized by Rabbi Ami for wearing a signet ring on the Sabbath even though there is ample reason to permit what he did. Again, the Talmud explains, in what is probably in today’s world the most relevant lesson of this daf: “Adam chashuv sha’anei.”


The traditional understanding of this apothegm is that the common unlearned folk will erroneously think that what the prominent person has done is permissible under halacha even in the absence of the extenuating circumstances that justified his innocent conduct. But there is an alternative that Shelly Silver’s life teaches. The “prominent person” may become a target for the ambitious who believe they can win public favor by exploiting legal ambiguity to bring him down. Prominence invites denunciation. Shmuel and Rabbi Ami were cautioning their contemporary luminaries to be more discreet so as not to encourage their critics.

Improbable events catapulted Shelly Silver in 1994 into a position of immense power and influence. The speaker of the New York State Assembly died from a stroke. Silver was a very soft-spoken, uncharismatic assemblyman from the lower East Side. His easygoing manner and modesty had made him popular enough among Democratic legislators to be named the interim speaker. So he eased into the most powerful chair in the Assembly.

Even before taking that commanding role, Silver had distinguished himself as a legislator. First elected to the Assembly at the age of 34, he immediately began advocating for Jewish religious rights. He introduced and garnered bipartisan support in the New York legislature and the governor’s office for laws requiring accommodations and alternate testing days for Sabbath-observers and providing religious exemptions from otherwise compulsory autopsies. He supported vigorous enforcement of laws protecting kosher consumers. He unhesitatingly invoked his official status and intervened personally when needed to influence an official decision that discriminatorily harmed a religiously observant Jew.

I personally witnessed his commitment in the 1983 battle to pass and secure the approval of newly elected Governor Mario Cuomo for New York’s pioneering Get Law that I drafted and that was designed to eliminate spousal extortion. Silver introduced the bill, ensured that it was quickly and overwhelmingly passed, and urged the governor to override objections from all sides. It has, along with New York’s 1992 addition, substantially reduced the number of agunot in New York.

The Satmar Village of Kiryas Joel lost its attempt in the Supreme Court (in which I represented the Village) to preserve a state-funded school for learning-disabled children in 1994. State funding would have ended immediately, and the school would have been shuttered that summer. Shelly Silver, who by then had substantial influence in New York’s legislature, worked his bipartisan magic to amend the applicable law, not once or twice but three times over the succeeding years. Each amendment was crafted to meet the federal constitutional standard that had been announced by a majority of the Court.

Because of his changes in the language of the law, the Kiryas Joel school never closed for even one day. It remained open and governmentally funded until the plaintiffs dropped their challenge. There are hundreds, maybe thousands, of once-handicapped Hasidim who today owe their survival in American society to Speaker Silver’s persistence.

Among other legislative successes was a law Silver sponsored to prevent insurance companies from denying life and health coverage to travelers to Israel. He saw to it that Jewish social service agencies like Ohel received a fair share of state funding. He arranged that Hatzolah was certified as a legal emergency ambulance service with an exemption from traffic regulations and that it received a substantial capital grant from state funds to build a communications center.

This is not the place to extol his achievements in legislation that went beyond the Jewish community, but a Democrat legislative colleague commenting on his death called him “one of the strongest forces for progressive issues in the New York State Legislature.” He never asked for my help when his foes ganged up on him, but I sent his sentencing judge a letter, noting that I was writing “without any request from Sheldon Silver or his counsel.” I said:

“During the years that I dealt with federal and state legislators on subjects of public interest, I encountered no legislator who personally sought to understand public policy considerations and weigh fairly the merits of matters that came before him as Sheldon Silver did. His office – even after he became speaker of the Assembly – was open to constituents who could present the merits to him, with no fear that he was influenced by extraneous or corrupt factors.”

The crimes with which he was charged are called “corruption” in the newspaper headlines, but they are not swindle or graft. He was accused, under newly unearthed ethical standards, of doing what many politicians had been doing for decades – trading legislative largesse for possible reciprocal recognition that might generate a personal benefit. The federal court of appeals struggled twice to decide whether his conduct amounted to a federal crime, and finally ruled against him on only one set of charges.

Sheldon Silver undeservedly died with a “disgraced” reputation because he failed to see himself as a “prominent person” whose elevated status made him singularly vulnerable. Adar and Purim, rapidly approaching, recall the principle by which Shelly Silver made important decisions during his extraordinary public career. He seized every opportunity presented to him to advance a Jewish interest, thereby fulfilling Mordecai’s admonition to his niece Esther to use her throne to rescue the Jewish people: “Mi yodea im la-et kazot higa-at la-malchut?” – “Who knows whether it was for this moment that you were elevated to royalty?” 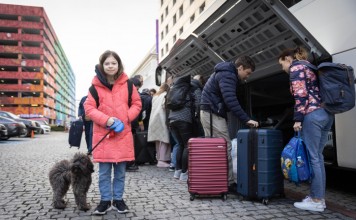 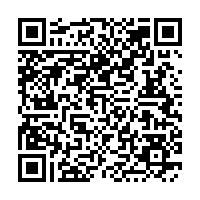