With the Shemittah year now upon us, it is worth considering what Judaism might have to say about property ownership – because the laws of Shemittah would seem to suggest that the property we think we own does not truly belong to us. For religiously-oriented Jews who identify themselves as conservative or as pro-capitalist, the institution of Shemittah poses a serious challenge.

And, indeed, a powerful strain of Jewish thought—and I mean mainstream theology and not secular politics—holds that God owns everything: land, other property, even our bodies. The laws of Shemittah would seem to support such a notion. For the year, a farmer’s land and produce become ownerless. The fruits and vegetables become available for anyone to take.

Even during normal years, there is a religious obligation for farmers not to harvest and collect all of the food they have planted and to which they have tended for months. For the mitzvah of pe-ah, they must leave the corners of their fields for the poor and for strangers, to come and take. And for the mitzvah of leket, they must leave on the ground whatever has fallen, for the poor and for strangers to collect. Furthermore, the laws of the Jubilee—after seven Shemittah cycles—require the return of land to its original owners, reaffirming the idea that we do not, in some fundamental way, own the land we think we own.

So, is this it? Is there no property ownership in Judaism? Are Jewish libertarians and other pro-capitalist Jews living a religious or theological contradiction? As I detail in my recent book, Running in Good Faith: Observant Judaism and Libertarian Politics, the story is a bit more nuanced.

It is true, as the Shemittah and Jubilee laws would seem to indicate, that the Jewish tradition does seem to promote some sort of notion that we do not, in some essential way, own property. The laws of Tzedakah likewise seem to support this, that the funds we give in Tzedakah do not belong to us, but already belong to the recipients—that we are, in effect, just transferring the money.

And yet, in every way that we talk about such laws, we talk about them in terms of ownership! After all, how can the land and produce become ownerless in the Shemittah year if they are not first owned in some meaningful sense? Furthermore, as we know, there exists an entire, detailed body of halakhah and case law around ownership. One of the very first Talmudic discussions a person might encounter concerns what happens when two individuals claim ownership of the same item. There are all sorts of other laws about business and competition and labor and wages and the use of weights and measures. Whatever the theological ideals, Jewish law has long assumed the fact of private property ownership.

How can these seemingly contradictory approaches be reconciled? How can we own things and yet not really own them? One can find in the tradition a notion of shared ownership. That ownership of property (or of our very bodies, for that matter), need not be absolute. That we can own material objects, land, and ourselves in some important sense, while God at the same time retains an ownership stake. (Indeed, this might be one justification for the prohibition of suicide—we have no right to dispense with God’s share.)

The late Rabbi Lord Doctor Jonathan Sacks z”l offered another, complementary explanation: “In Judaism, there is a difference between ownership and possession. What we have, we do not own; rather, we hold it as God’s trustees.” He adds: “One of the conditions of this holding in trust is that we share what we possess with those in need.”

Perhaps the message of the Shemittah and Jubilee years and of their laws, and of other agricultural laws and of Tzedakah, is not that we do not or cannot own anything, but rather that we should keep things in healthy perspective, that we can possess things and enjoy the associated rights and benefits of possession, but that such possession is never absolute. That we can own property and money, even value them, but that we should never transform them into idols and worship them and their acquisition. 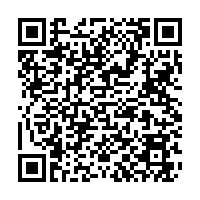