We have a custom of reciting Shir HaShirim (the Song of Songs) on the Shabbat during Pesach. Many reasons have been offered to explain why.

One reason is that Pesach takes place in the month of spring (chodesh ha’aviv) and Shir HaShirim is a song about spring and renewal.


The Brisker Rav says Nissan did not become the season of freedom because the events of Pesach occurred during that month but rather that these events happened in Nissan because it was the time God ordained for the manifestation of freedom. This phenomenon extends beyond the spiritual. During Nissan nature itself undergoes renewal, bursting out in new bloom. Thus it is also the time of our spiritual renewal and rejuvenation:

“My Beloved called out and said to me, ‘Arise, My love, My beautiful one, and go forth. For the winter [of bondage] has passed. The rains are over and gone, and the blossoms have appeared in the land’ ” (Shir HaShirim 2:10-12).

It is most probable, however, that the reason for reading Shir HaShirim on Pesach is to be found not so much in the text of the Song, i.e. in its simple meaning, but rather in its midrashic interpretation.

Rabbi Akiva was the most outspoken advocate of the view that Shir HaShirim is a parable of the passionate love between God, the lover, and Israel, the beloved. As he said, “All of creation does not compare in worth to the day when Shir HaShirim was given to Israel. For all of Tanach is holy, but Shir HaShirim is the holiest of the holy” (Mishnah Yadayim 3:5).

The specific connection to Pesach is that this interpretation sees in Shir HaShirim a depiction of God coming to redeem Israel from slavery, not only in the past in Egypt but also in the redemption yet to come.

For example, the verse “With me from Lebanon, with me from Lebanon – come!” (Shir Hashirim 4:8) is read not as “from Levanon” but “from levaynim” – bricks. “While you were still working with mud and bricks [i.e. – enslaved in Egypt], I, the Holy One Blessed Be He, jumped in and redeemed you” (Midrash Shir HaShirim 4:17).

Similarly, verse 2:8 – “Hark! My beloved! There he comes” – is interpreted both as Moshe telling the enslaved Jews that God will come to redeem them soon and also to Mashiach, who will announce the future redemption at Pesach time (Midrash Shir HaShirim 2:19). Therefore, reading Shir HaShirim on the Festival of Redemption, the time when, according to the Midrash, the coming redemption is also to take place, makes perfect sense.

Regarding the midrashic interpretation of Shir HaShirim, Rabbi Akiva saw the passionate love relationship of man and woman as the best and highest expression of the love that should exist between God and Israel. The Torah consistently utilizes the language of love, fidelity, infidelity and marriage with regard to God and Israel. The Rambam states in Hilchot Teshuvah (Chapter 10) that a Jew’s highest purpose and goal in life is to be madly in love with the One Above.

Therefore the first mitzvah of the Torah is to marry and raise a family. The Zohar explains that only the passionate love between husband and wife teaches us how to passionately love God. Thus, according to the Zohar, in order to love God properly and fully, a person must first experience passionate love for his or her spouse. 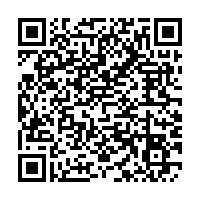