Pro-abortion protestors have assembled in front of Justice Samuel Alito’s family home in an obvious effort to intimidate or punish him. It will not change his draft opinion regarding the overruling of Roe v. Wade, but the question arises: are such protests legal and/or desirable?

As to the legality, there is a specific statute that criminalizes protest in front of the residences of judges, jurors or witnesses, that are intended to interfere with or obstruct justice. While that statute might be constitutional as it related to efforts to influence the verdicts of jurors, the testimony of witnesses or possibly even the decisions of elected judges during a trial, it is probably unconstitutional as applied to justices and appellate judges with lifetime appointments who are deemed to be immune from outside pressures.


The First Amendment protects the right to protest and assemble, which includes the right to object to any governmental action, including that of the judiciary. But it permits narrow and neutral time, place and manner restrictions, such as decibel levels, reasonable distance requirements and nighttime prohibitions. Accordingly, I would defend the constitutional rights of pro-abortion advocates to assemble peacefully, not too loudly, across the street from the home of a judge or a justice who is involved in rendering controversial decisions. Such restrictions must be the same for pro- and anti-abortion protesters — and for any others.

This does not mean that I personally approve of such tactics. I think it is wrong, as a matter of policy and decency, to disrupt the personal and family lives of justices and judges, even if one is strongly opposed to their decisions. Such advocates are free to protest in front of the Supreme Court, in front of Congress, and in front of the home of only one government official – namely the president, who lives in the “people’s house.” I think interfering with the personal lives of judges, whether in their homes, the restaurants they eat in, or their children’s schools, goes beyond what should be acceptable in a democracy. Such actions, even if constitutionally protected, should be condemned by decent people.

We live in an age where many, on both sides of the political spectrum, believe, and act on the belief, that noble ends justify ignoble means. That of course is a matter of degree. There may well be extreme situations where such intrusive protests might, under some circumstances, be morally acceptable. But this should not apply to protesting unjust judicial decisions of a divided court. There are acceptable responses to perceived judicial injustices. These include protests in front of the appropriate institutions, congressional hearings, legislation, even constitutional amendments. They certainly include organizing voters to change the political dynamics that allow such injustices to occur.

Obviously, there is a continuum of protests being waged today, ranging from peaceful picketing in appropriate venues to violence of the sort that occurred in parts of the United States following the killing of George Floyd. Most non-violent protests are constitutionally protected. Violent ones are not. And there are close cases that may turn on the specific facts, such as entering the Capitol to protest the counting of the votes of presidential electors. (I am representing one such defendant).

There should be no confusion, however, between what is constitutionally permissible and what should be encouraged by decent people. I supported the right of Nazis to march through the streets of Skokie, despite the outrageous immorality of what they were doing. Accordingly, it is entirely appropriate for decent people — from the president to an average citizen — to object to the protests now being conducted in front of Alito’s home. But this should not lead pundits who oppose such protests to argue, as some have done, that these ill-conceived protests are not constitutionally protected.

The First Amendment protects the right to be wrong, to be immoral, to be ill-mannered and to go right up to the line where constitutionally protected advocacy can be made criminal. That line — unclear as it sometimes is — is important to preserve. It should not be tampered with by those who have strong feelings against intruding on the privacy of justices and judges.

Two related issues: first, judges and justices must be accorded all necessary protections against unlawful behavior, especially physical threats. Second, the same rules and levels of protection must apply to the right as to the left, to pro- as well as anti-abortion protesters. The First Amendment does not pick political, ideological or partisan sides. All advocacy is equally protected as a matter of constitutional law, if not as a matter of morality.

So I will protest the morality of those who are demonstrating in front of Alito’s home, while defending their right to do so peacefully and within constitutional limits. 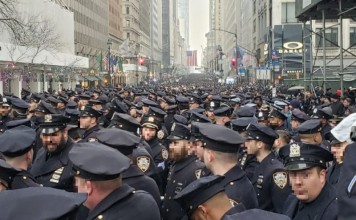 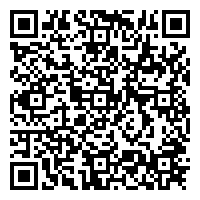