Why does the Torah never mention the important holiday of Simchat Torah we will celebrate next week?

Although I find it annoying when people respond to me this way, allow me to answer the question with a more basic one: Where are we told to read the Torah publicly in the first place? To understand the development of this holiday, which celebrates the completion and restarting of the Torah reading cycle, we must first appreciate the history of public Torah recitation.


While the Torah never mentions it, the sages asserted that Moses established the public reading of the Torah on Shabbat mornings and on the festivals. Ezra subsequently ordained that the Torah be read on Mondays, Thursdays, and Shabbat afternoons. Based on passages in Philo and in the Talmud, Prof. Yitzchak Gilat has conjectured that these ancient readings followed no set order; rather, they were chosen based on timely topics and on the local rabbi’s inclinations. (Public prayer always came with a sermon!)

By late antiquity, an order was established for the weekly public readings, yet the two major centers of Judaism differed on how to apportion them. Communities in Eretz Yisrael divided the Torah into over 150 sections. As such, the idea of an annual holiday to celebrate the Torah’s completion was unfathomable, since it took three to three-and-a-half years to complete the reading. Instead, each community, reading at a different pace, would hold its own celebration upon completing its local cycle.

Seeking to complete the Torah each year, Babylonian communities uniformly divided the Torah into fifty-four portions (sedrot or parashot in Hebrew), the maximum number of non-festival Shabbatot that can occur in a Jewish leap year. Non-leap years include the reading of “double parashot,” with two portions read in one week.

By completing the cycle after Sukkot, as opposed to before Rosh Hashanah, these communities were able to place Deuteronomy’s major speeches of admonition before major holidays. Additionally, the concluding blessing of Moses to the people was read on Shemini Atzeret, embellishing its joy and providing a fitting conclusion to the Tishrei holiday season.

While the custom in the Land of Israel survived until the early Middle Ages, the Babylonian practice, as with many matters, ultimately won the day.

The completion of the Torah cycle on Shemini Atzeret, a one-day festival immediately after Sukkot, was potentially problematic, since each holiday demands its own thematically appropriate reading. Like all Diaspora communities, Babylonian congregations observed two days of each festival, providing an easy solution. On the first day of Shemini Atzeret, the holiday portion is read, while on the second day (colloquially known today as Simchat Torah), the congregation reads Parashat Vezot Haberachah, concluding Deuteronomy. With just one day in Israel, however, only Vezot Haberachah could be read, giving priority to Simchat Torah and relegating recognition of Shemini Atzeret to the maftir reading.

Another distinctive element of Simchat Torah is that in addition to reading the day’s portion and its maftir, we take out a third Torah scroll to begin Genesis. As Avraham Yaari’s chronicle of Simchat Torah documents, this was not the practice in Babylonia. Rather, twelfth-century European communities began reciting the first verses of Genesis (frequently orally or from a Bible, not a Torah scroll) to display their love of the Torah and eagerness to study it anew.

Another important change that stemmed from Simchat Torah was the reading of the haftarah. According to the Talmud (Megillah 31a), the haftarah for Shemini Atzeret draws from I Kings 8, where King Solomon blesses the people on this very day after completing the building of the Temple. (This passage remains the Diaspora’s haftarah on the first day of Shemini Atzeret.) In the early medieval period, however, congregations began chanting the beginning of Joshua to continue the Torah’s narrative as well as to highlight the importance of the rest of Scripture. 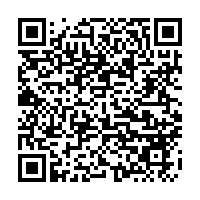