Alongside the belief in one God, the Torah has given the world the idea of T’shuva (Return): our ability, which didn’t used to be taken for granted, to erase all our sins of the past through the process of Return, and to turn a new leaf in the relationship between man and his Creator. That enormous innovation has not only been adopted by other religions, but also stretched by some of them to delusional regions (such as purchasing indulgences from the Church for money).

Jewish tradition, which owns the royalties on Return, doesn’t limit it only to Jews. We read the book of Jonah on Yom Kippur to learn than God expects the gentiles to do Return as well.


What’s the recipe for Return? The Torah clarifies: When you are in tribulation, and all these things come upon you in the latter days, you will return to the Lord your God and obey His voice (Deut. 30:1). Meaning: accepting the yoke of Heaven.

Our prophets have developed this miraculous concept: But if a wicked person turns away from all his sins that he has committed and keeps all my statutes and does what is just and right, he shall surely live; he shall not die. None of the transgressions that he has committed shall be remembered against him; for the righteousness that he has done he shall live. Have I any pleasure in the death of the wicked, declares the Lord God, and not rather that he should turn from his way and live? (Ezekiel 18:21-23). And: Let the wicked forsake his way, and the unrighteous man his thoughts; let him return to the Lord, that he may have compassion on him, and to our God, for he will abundantly pardon (Isaiah 55:7).

Maimonides expands on the components of Return: Leaving sin, regret, confession and resolving to sin no more. All of them, Torah, prophets and commentators, suggest a personal Return. Man facing his Maker. That’s the way the Jewish nation was thinking until about 150 years ago.

Around the year 5624 (1865), Rabbi Yehuda Alkalai reinvented the idea of Return. His enormous innovation has made Rabbi Alkalai the de facto first modern Zionist, more than 30 years before Theodor Herzl wrote “Der Judenstaat” (The Jewish State) in 1896, and the first Zionist Congress assembled in Basel, Switzerland, in 1897.

Alkalai, who served as the rabbi of the Sephardi community of Semlin, Serbia, distinguished between two kinds of Return: private and national. We’ve shown how personal Return can be delineated from several Bible verses, but there also exists a national Return, which can also be found in the same Torah verse:W hen you are in tribulation, and all these things come upon you in the latter days, you will return to the Lord your God and obey His voice. And you will return to the Lord your God and pay attention to what he has said, which will be exactly what I am ordering you to do today — you and your children, with all your heart and all your being. At that point, the Lord your God will reverse your exile and show you mercy; He will return and gather you from all the peoples to which the Lord your God scattered you. (Deut. 30:1-3).

National Return, according to Alkalai, means the return of the nation of Israel to its land. And he brings a wonderful proof, where the Bible uses Return in the context of returning home: U’tshuvato ha’Ramata, ki sham beito – And he would Return to Ramah, where his home was (1 Sam 7:17). But, unfortunately, this revolutionary innovation did not excite or thrill the Jewish nation and its rabbis. The Jewish multitudes continued to embrace the bitter diaspora: they actually referred to Poland as a kind of virtual Eretz Israel (they pronounced its name Po Lan Ya, here lives God). Vilnius was known as “Jerusalem of Lithuania,” Krakow was nicknamed “Little Eretz Israel.”

In his book “Petach K’chuda shel Machat” (an opening the size of the tip of a needle) Rabbi Alkalai analyzes the notion of a double Return: Why did the verse condition the Return on it being the latter days, while the mitzva-commandment of Return is in effect every day—since one could die tomorrow? Therefore, the verse must be speaking of two kinds of return, one personal, for the sinner to abandon his sin, and the national, all encompassing Return would be when the entire nation of Israel return to God and to the land of our forefathers, because—citing from tractate Ketubot 110b–”He who lives outside Eretz Israel is like one who does not have God.”

Rabbi Alkalai, who made aliyah himself in 1874, obsessed about the idea of national Return in all his books. In “Me’oded Anavim” (Vienna, 1864), which he wrote as a tribute to the newly established “Society for the Settlement of Eretz Israel,” he wrote: “Our sages have said: All the predestined dates [for redemption] have passed, and the matter [now] depends only on T’shuva, meaning national Return, to Eretz Israel… And as long as the Israelites do not Return to Eretz israel, they are not redeemed. Because redemption depends on being in the land… And when they return to Eretz Israel, God will bring his Sh’china back to Zion… And even in a generation which is all sinners God will do for us to fulfill His covenant which He swore to our forefathers.

Rabbi Alkalai is not offering an amorphous vision, to be realized—as the multitudes and the rabbis were saying—some time in the end of times. National Return is required here and now. All we need is permission from the kings of the generation. He explained the need to apply for the support of kings, saying God uses humans to carry out His will, as he did during the Babylonian exile, when he redeemed the Jews through King Cyrus of Persia.

Rabbi Alkalai’s teaching turned out to be prophetic. He believed the year 5600 marked the end of history and the beginning of the era of redemption. The year 5600 is spelled Tor (without the vav), or turtledove, as in “The voice of the turtledove is heard in our land” (Shir Hashirim 2:12). And so he demanded that Jews everywhere start acting politically to return to Eretz Israel, rather than wait for Mashiach.

He also warned, that if Jews do not return to Eretz Israel, God would establish a cruel king who would force them to return, as the Talmud teaches:

R. Eliezer said: if Israel Return, they will be redeemed; if not, they will not be redeemed. R. Joshua said to him, if they do not Return, will they not be redeemed, but the Holy One, blessed be He, will set up a king over them, whose decrees shall be as cruel as Haman’s, whereby Israel shall engage in Return, and He will thus bring them back to the right path (Sanhedrin 97:b).

Rabbi Alkalai warned that the “cruel king” would throw them out of his country, naked and empty handed, “just as happened to our forefathers the exiles from Spain… If they do not return to live sheltered in my house, I shall collect them with wrath and ire and great rage.

The nation did not heed Rabbi Alkalai’s prophetic call and stayed in Europe for another century almost to the day, until, in 5700 (1940), God established a cruel king who set out to accomplish Haman’s cruel plan for the Jews. 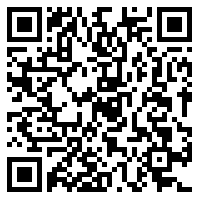