A little over a week ago, something special happened on the launching pads of Cape Canaveral. A rocket took to the sky, leaving in its trail a thunderous fiery tail that shook the grounds beneath. This was not just another scheduled launch of another scheduled mission. This was something very different, something special, because aboard this towering testament of human engineering, sat a small little ship – called Beresheet. A name taken from the very first word of our Torah which means, “In the beginning.”


And this was no ordinary ship either, but a ship built in Israel, funded privately, with a mission to reach the moon and thereby becoming the 4th country to do so after only the superpowers of China, USA and the former Soviet Union.

One cannot help but stand in awe at the accomplishment of this small country – a country that takes just a little over 6 hours to drive from the northern most point to the southernmost point. A country that is smaller than almost every state in the United States. A country where a road trip is measured in hours, not days or weeks or months.

This is a country whose dreams stretch into infinity and beyond.

And this is a country whose very existence is the success of the Jewish people itself.

For in each and every generation, we have faced enemies – fierce enemies, powerful enemies intent on hurting us, on wiping us out, and making us nothing more than a distant memory in a dusty historical record.

The success of Beresheet is a tribute to a people who throughout time have taken history and turned it on its head. It is more than a spacecraft but a symbol of the will of the Jewish people to always strive beyond what’s possible and make the impossible a reality.

To break the surly bonds of earth, defy the laws of gravity, break free from the limits of earth’s pull and touch the heavens itself.

The story behind SpaceIL (credit: http://www.spaceil.com/)

When the first selfie of Beresheet beamed back to earth, it showed in one picture the essence of the Jewish people.

The Jewish flag shining with pride, a beacon of light in a sea of darkness. A nation that lives on, defying the odds of the world below. A small nation with dreams that stretch beyond the limits of our earthly imagination. A people whose journey is not just measured on the ground, but in the stars.

And a nation where miracles do come true. 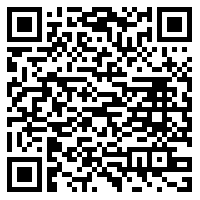