Thursday, June 8: I was awakened this morning at 4:45 a.m. by a ringing telephone. A call that early in the morning often brings bad news – sometimes news of a death. I braced myself. The call was indeed about a death, but the news wasn’t bad. The messenger was a producer for a television show requesting that I, half asleep, join her morning crew to discuss the killing of Abu Musab al-Zarqawi.


By the time my wife arose, she found me grinning. I informed her of the reason for my excitement. She asked if I thought it was appropriate that I, as a Christian, celebrate someone’s death. She always hits me upside the head with these nagging, inconvenient questions of conscience.

I stammered out a response about how, given that Zarqawi was the world’s number one menace and terrorist mastermind – replacing Osama bin Laden, practically speaking, if not symbolically – and was responsible for the deaths of countless innocents and many of our troops, yes, I thought it was acceptable to be in good spirits.

Nonetheless, I judged it better to celebrate in a more subtle way. So I went back and privately reviewed some notes from January 2005, the month of a historic, profound election in Iraq. I found these items:

On January 23, Mr. Zarqawi said: “We have declared a fierce war on this evil principle of democracy and those who follow this wrong ideology.” In his dark dispatch from the underworld, as Walid Phares characterized it, the terrorist ringleader added: “Oh, people of Iraq, where is your honor? Have you accepted oppression of the crusader harlots and the rejectionist pigs?”

Shortly thereafter, the Iraqi people showed Zarqawi what they thought of his advice by turning out in droves to express a very basic liberty: the right to vote for those who govern them.

In response, Zarqawi showed his “honor” for the Iraqi people by murdering them by the bushel. In all, according to the Associated Press, Zarqawi’s “men of God” killed 44 people in Iraq during the January 30 election, the victims of 38 separate attacks on polling stations.

Among the victims was a young man with Down Syndrome, who Zarqawi and his faithful friends suited up in a suicide bomber vest and sent out to do their dirty work at a Baghdad polling station. The incident might have reminded them of the moment they sawed off Nick Berg’s head with a dull blade.

Despite the violence, the Iraqi people persevered; they embraced democracy. I vividly recall a New York Timespiece that reported how maintenance workers swept up charred chunks of human flesh from around the feet of Iraqis who refused to leave their spots in line as they waited to cast ballots, and then fearlessly stained their fingers with ink that would mark them as targets for Zarqawi and his merry band of brothers.

As I continued to page through my notes, I found some other interesting remarks in this stroll down memory lane:

“It’s like a wedding,” said Mohammed Nuhair Rubaie, the director of a polling station in Baghdad’s Sunni neighborhood of Tunis. “I swear to God, it’s a wedding for all of Iraq.” Added Ali Fadel, the ecstatic mayor of Baghdad: “We will build a statue to Bush. He is the symbol of freedom.”

Yet, the man who challenged Bush a few months earlier in the presidential election in the United States was notably unimpressed.

“No one should try to overhype this election,” cautioned John Kerry.

His colleague, Ted Kennedy, the senior senator from Massachusetts, responded by reiterating his call for an immediate withdrawal of U.S. troops from Iraq, which, in a case of rather questionable timing, he had first issued on January 27, four days after Zarqawi’s statement about the “evil principle of democracy” and three days before the Iraqi elections. Kennedy also stood by his other comments of January 27, in which he compared the war in Iraq to Vietnam. 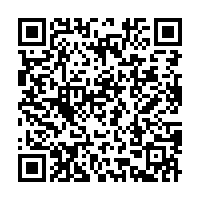