“People need money in their pockets to spend. That’ll get our economy going again.”

President Franklin Roosevelt, in his statement on signing the 1935 Social Security Act, said, “It is, in short, a law that will take care of human needs and at the same time provide for the United States an economic structure of vastly greater soundness.”

Almost three-quarters of a century later, the human needs of many Social Security recipients have indeed been met.

But who is to say that the financial status of millions more recipients would not have been better served had they been permitted to invest, save or spend hundreds of thousands of their own hard-earned tax dollars over their 40- or 50-year working careers – instead of the federal government forcing them to deposit 6.2 percent of their taxable earnings into a frozen savings account at an interest rate set by Uncle Sam?

In simple terms, why can our nation’s workers freely spend their income on legalized gambling sprees but are barred from shopping around for the highest possible return on an investment made from a portion of their salary?

And taking into account the current monetary meltdown and other difficult economic periods since 1935, is anyone convinced this landmark legislation has provided for the United States “an economic structure of vastly greater soundness”?

The economic constancy for which Roosevelt endeavored and Americans hunger can be achieved with a simple, radical overhaul of the well-intended — but essentially socialist — Social Security system.

It is time to make Social Security contributions optional. This – in contrast to President Bush’s $600-per-individual tax rebate check and the roughly $13-per-week addition to the average paycheck mandated by the recently enacted so-called stimulus bill — will permit the American consumer to acquire the purchasing power needed to spend or save his or her money for the creation of sustainable, long-term, robust economic growth.

The guiding principle behind this major policy shift would be the granting to American workers the inalienable right to determine their own financial present and future. After all, since the present economic calamity was largely caused by government incompetence, corporate greed and corrupt lending practices, shouldn’t hardworking Americans finally get the chance to show that their financial acumen is superior to that of the very people responsible for this sick economy?

Think of the cumulative gains to be reaped by all interested parties as a result of this long-overdue return of capital to its rightful owners — America’s assiduous Social Security contributors.

How much capital would resurface in the pockets of American workers? An individual (or a family) earning a relatively modest $70,000 a year who opts out of contributing to Social Security would net, at a 6.2 percent income savings, $4,340 per year.

Imagine how many more jobs would be created — through the added assets reaped by businesses from their savings of the matching 6.2 percent-per-individual contributions they contribute to the retirement system – to meet increased consumer demand following an expected spike in consumer spending. (And that spike would be even greater if the monetary intake were tax-free.)

Imagine the decrease in government outlays for unemployment insurance and food stamp payouts, and local governments’ increased income- and sales-tax revenue, which would permit them to cut their budget deficits (thus sparing future generations from footing the bill).

Imagine banks loosening credit as more Americans have stable jobs and more cash on hand and for down payments on purchases of new cars and large household appliances – purchases now on hold due to lack of funds.

And imagine the increased self-worth felt by millions of currently unemployed workers, newly able to provide for their families and thus enjoy a more settled home life.

Critics will argue that permitting taxpayers to tap into their accrued Social Security accounts will further weaken a system already struggling to remain solvent. To be sure, additional resources for the continuance of monthly payments to current recipients would be needed to offset the withdrawn funds. Where would these supplementary monies come from? 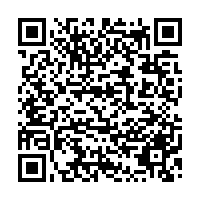