The man who stabbed a young Israeli man last night next to Damascus Gate and the walls of Jerusalem’s Old City is the convicted murderer of Professor Menachem Stern.


Prof. Stern was a renowned historian, a member of Israel’s prestigious National Academy of Sciences and Humanities. On the morning of June 22, 1989, he was briskly striding through Jerusalem’s Valley of the Cross as he did nearly every day on his way to work at the Jewish National and University Library on the Hebrew University‘s Givat Ram campus. That day, he encountered this same Muammar Ata Mahmoud, equipped – as he was yesterday – with a knife. Mahmoud and an associate stabbed the historian for reasons that probably made great sense in terms of the savage blood lust and the terrorist creed to which the attackers subscribed. Prof Stern died of his injuries.

A group of first-graders, out for a walk with their teacher, found his body alongside one of the paths. The police came to Professor Stern’s house on Tchernichovsky Street, and brought his wife, Hava, with them to the Valley of the Cross to identify the body. The police commander told Hava that he had had the privilege of studying with Professor Stern when he was a student at the university. Thousands came to the funeral, held at the Hebrew University… [Blog of Rabbi Carl M. Perkins, August 6, 2013]

One murder by knifing is never enough if you are that kind of human being. Hence the attack last night, made possible by a chain of awful political decisions based on self-serving logic and a fundamental lack of respect for principles of justice. (Yes, we did say justice – now please read what we said on that subject at the time: “25-Jul-13: Justice and morality and struggling to be healed from the bereavement disease“; and “14-Aug-13: Making ‘peace’ by celebrating the murders of children and of Holocaust survivors” and “27-Aug-13: Justice devalued, lives demeaned, principles cheapened: the high price of freeing murderers“.)

Naturally that’s not how it’s going to be reported in the news. But it’s the truth.

We noted at the top of this post how being wrong on terror has consequences. In that spirit, here is a reminder of an opinion piece Frimet Roth wrote for Times of Israel who published it on December 26, 2013. Less than a week later, yesterday’s knife man – the murder of the famous historian – walked out of his Israeli prison cell, free, along with more than two dozen other sociopaths .

Some extracts from “Mr Netanyahu, how’s that working for you?“:

Here we go again. The next tranche of terrorist murderer releases is five days away. Most Israelis will pay it no attention. True, polls show that 91% oppose it in principle but it takes more than principles to nudge Israelis off their couches…
We expect that when a prime minister experiments with a new “strategy” – which is what Netanyahu has labeled the releases – he will assess its efficacy at some point.  A drastic move like this – discarding judicial verdicts in favor of a Prime Minister’s preference – demands that. In short, the question that begs asking is: “How’s that working for you, Mr. Netanyahu?” Or, to be more precise: “How’s that working for your people?” …Have they won Obama’s support against Iran? The releases may even have doomed Netanyahu’s campaign to galvanize the West behind his tough stand on Iran. Netanyahu committed a travesty of justice that those states would never in their wildest dreams entertain. World powers would have rallied around a firm Israeli prime minister. But a spineless leader who crosses his very own red line against releasing terrorist murderers demonstrates that all his ultimatums are shams.
Has it endangered Israelis? Do released terrorists return to terror?
Reports abound of terrorism’s resurgence in the West Bank. Much of it is orchestrated by Hamas – until now considered exclusively Gaza-based…
Bereaved parents grieve until the day they die. Bereaved parents who watch their children’s murderers walk free, grieve and seethe until the day they die.
But we will protest this upcoming release with no illusions.  Netanyahu, who has refused to meet with, speak to or even write to us, is impervious to reason.  He is a junkie of European and American kudos.  And for that coveted pat on the back from Kerry, Merkel, Hollande and co., Netanyahu is emasculating our justice system and destroying our democracy… [Frimet Roth writing in Times of Israel, December 26, 2013 – the article appeared less than a week before the release of the convicted murder who carried out yesterday’s knifing attack]

Has it endangered Israelis? Do released terrorists return to terror? We have more questions like those. Getting political figures to address just these two could be a constructive start towards stemming the ongoing damage. 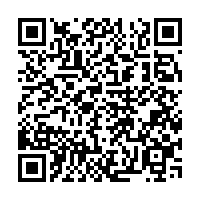