“Hi Ariela, I saw a rabbi write something against Israel on Facebook, would you mind responding?”

Why do people reach out to me? Is it because I have no shame standing up for what I believe? Is it because I’ve taught Israel history and advocacy for so long that I’m familiar with the arguments and responses while many are not? Or is it because, unfortunately, I have had far too much exposure to people who promote pro-Palestinian (/extremely critical of Israel) ideologies having lived in two “out-of-town” communities before making aliyah?

It was about seven years ago when a congregant said to me at kiddush that if, G-d forbid, his wife were to be killed by a suicide bomber at a café in Jerusalem, it would be Israel’s fault. After all, he reasoned, Israel occupies the Palestinians in the West Bank and, therefore, acts of terror are due to the hopelessness Palestinians feel at being occupied. I was in my early 30’s, a rebbetzin and a lifelong ardent Zionist who had moved on from my teenage dream of being prime minister to channeling my love for Israel as a Jewish/Israel educator. Having grown up in a frum family in the Five Towns, this was a sentiment I had never heard before. I ran out choking over tears of disbelief and fury.

It was shortly afterward when I assigned a book to my students in an effort to educate them about Israel during the War of Independence. A favorite of mine since I received it at my bat mitzvah, Forever my Jerusalem is a memoir by Puah Steiner which tells the story of a 7-year- old girl during the siege and fall of the Old City in 1948. Published in 1987, it is a book that is apolitical and certainly one that a Jewish day school would never think twice about asking their students to read.

Or so I thought until a parent complained to me and others that the book wasn’t “balanced” given that it states that Jews were exiled from the Old City but that the wealthy Arabs fled Katamon (which is true). She also claimed that the book was racist because it uses the word “Arabs.” (If the word “Arab” is racist, someone might want to inform the “Arab Bank” and “Arab League.”) Despite pressure from the board to revoke the book from required reading, I stood my ground and was gratified when several of my students told me afterward how much they enjoyed it. But the experience left a scar. I later found out that this experience was not exclusive to our school and that a very liberal Jewish school took Israel out of the curriculum due to too many complaining parents.

It’s clear where this pressure comes from. My Facebook wall is replete with parents of former students, rabbis from previous communities where we’ve lived, as well as professors of Jewish studies programs equating actions of Hamas and the IDF. They bemoan the injustice of Israel’s “evicting families from Sheikh Jarrah,” without the context that the eviction proceeding is a complicated court case and that rent that has not been paid for such houses. They mourn for the dead in Gaza without mentioning that many of those dead are terrorists, and they trivialize the rockets aimed at Israel, since Israel had fewer dead than Gaza and, of course, the Iron Dome protects Israel from said rockets anyway.

There were even several people in my former community who expressed sympathy for a man who posted an anti-Semitic sign on a store, since the man claimed his cousins were killed in Gaza so he had reason to be upset. Somehow, even louder than these posts is the resounding silence of those who posted numerous posts a day in solidarity with Black Lives Matter, immigrant children and every other cause of social justice but were silent about Israel when she was being attacked.

Their words – and their silence – tear at my heart. How can a Jew stand with a people who hate us, who call for our state to disappear? How can they equate a terrorist organization that uses their own children as human shields to the most moral army in the entire world. How can they stand against their own people?

I see these posts and I strongly consider closing my Facebook account and escaping it all, which is the bliss afforded to me every Friday afternoon before Shabbos when I shut off my phone. But after Shabbos, like a glutton for punishment, I go back to this world which causes me such emotional turmoil and threatens my peace. Because as upsetting as it is, there is only one way to counter media bias and the half-truths and that is through education. I am sure I am losing the war, but if I can even educate one person, it’s worth the distress of the ugly words I see and the betrayal it feels like to the country I love so much.

As we read in last week’s parsha, “Tova ha’aretz me’od me’od” – the land of Israel, its people and its army are truly things of pride. And despite the untold heartache of the battle, it is the greatest privilege to stand up for my country. 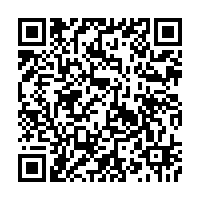