The 2016 US presidential election was inflamed by, among other issues, accusations that Russia had interfered with the electoral process in the hope of getting Donald Trump elected.

The outraged claim was that elections were an internal matter and that foreign interference was a threat to American sovereignty, not to mention the integrity of a sacrosanct aspect of citizenship, namely the right to vote. Most of the outcry came from the Left; the sense was that whatever interference might have taken place was meant to hurt Hillary Clinton.

But this partisan anger was nevertheless couched in righteous indignation concerning the need to maintain national elections as just that – national, and free of foreign interference.

In 2015, the V15 organization spent significant funds, including some $350,000 that came indirectly from the US State Department, in a failed effort to unseat Israeli Prime Minister Benjamin Netanyahu. V15 was found to have connections with the Obama administration, and all of its funding was American.

So blatant was this attempt that in 2017, legislation, widely known as the V15 Law, was passed by the Knesset to prevent foreign and foreign-funded nonpolitical-party actors from interfering in Israel’s elections.

Well, as they say in show biz, “feet gotta dance.” The Left couldn’t care less about the law, let alone the principles behind it. All that matters to the Left is that they get their way.

The Zionist watchdog organization Im Tirtzu, of which I am the chairman, filed a petition with the Central Elections Committee claiming Zazim was violating the V15 Law. After the committee ruled that only political parties had standing for such petitions, we approached Likud party officials and laid out the facts. Likud then joined the petition using the information which Im Tirtzu had compiled.

The committee ruled, however, that only immaterial amounts, lower than the threshold stipulated in the law, had been allocated or spent and that therefore there had been no violation.

Fast-forward to September. Another election was imminent, and Zazim exponentially expanded its plans to bus Bedouins to voting stations.

Armed with updated information from Im Tirtzu, Likud returned to the committee, where this time it prevailed because Zazim’s conduct was now very material in scope.

So there was no mass busing of Bedouins to the polls.

We of course respect the right of Bedouins to vote. We would like all Israeli citizens to vote. What we don’t like is foreign-funded manipulation of our voting process.

Unfortunately, it is hard to imagine that this latest clarification will end the Left’s efforts. Frankly, they operate with contempt for rules and procedures, being guided only by their ideology, according to which the ends justify the means.

The Left’s hypocrisy regarding foreign interference in elections aside, such interference is both dangerous and illegal, and thankfully there are those who are intent on making sure it does not become part of the equation here. 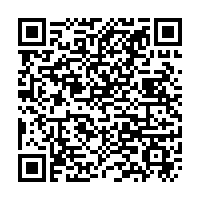