Michelle Obama’s lust for luxury has always been a bit of a problem for her husband and Democrats in general. Jetting off to five star resorts with a large entourage has too much dissonance with the rhetoric denouncing inequality currently in favor with the left. But the First Lady has now outdone herself, and because a picture is worth a thousand words, the damage may be a bit more serious than the occasional grumble over designer shoes and livin’ large.

After all, millions of Americans are mired in unemployment, underemployment, and hopelessness. So in the face of all this, Michelle Obama has chosen to tweet on the FLOTUS twitter account a picture of her dogs dining on china and crystal:

Bone appétit!,” the aides added to the insensitive tweet, using the language of France’s queen Marie Antoinette, who was executed by radicals in 1793.

Indeed, Michelle Antoinette has already been the object of satire by several talented artists: 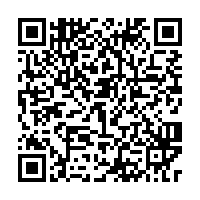