A remarkable thing happened in the Bay Area last month. San Francisco and Berkeley, two cities known for their anti-American, anti-Israel, and increasingly anti-Semitic character, hosted rallies against global terrorism. The mangled wreckage of the Jerusalem #19 bus, destroyed in a suicide bombing and displayed at both events, brought the reality of terrorism closer to home. It was a powerful reminder of what too many, especially in the Bay Area, still label acceptable.

One could be forgiven for assuming that these rallies had enjoyed the support of the Jewish community, but instead the opposite was true. An inordinate amount of disdain was directed at rally supporters, the bulk of it from Jews. Jewish organizations, individuals, and even rabbis did everything in their power to either ignore the rallies, urge people not to attend, or to condemn those who took part. But their hostility was misplaced, to say the least.


Although the rallies were all encompassing, it was obvious that at the heart of the matter were Jews and those that hate them. After all, what else motivated the suicide bomber of bus #19? Or the Arab protesters across the street from the rally in Berkeley screaming, “Go back to Germany”? Why else were their children carrying signs accusing Jews of “organ thievery,” the modern blood libel? The Nazi-like hatred for Jews indoctrinated in Palestinian youth from the moment they’re born is undeniable, and peace in the Middle East will not be achieved until that changes. The results were clear for all to see on the streets of Berkeley and San Francisco. And yet it was those in the anti-terror crowd who were labeled “hatemongers.”

One of the most spurious accusations leveled against rally supporters was that somehow they had “incited” violence by their mere presence. Violence was indeed the goal of a mob of keffiyeh-clad youth who disrupted the peaceful rally in “free speech” bastion Berkeley. And in San Francisco, the same group was thwarted. No doubt the disapproving Jewish community felt a certain “I told you so” at the news. But does it follow that it was the rally-goers’ fault that they were attacked? Unscrupulous lawyers accusing rape victims of “asking for it” have used the same argument. It’s called blaming the victim.

If holding a rally against global terrorism and commemorating the victims of suicide bombings is inciting others to violence, then so be it. Jews should not have to feel guilty for condemning terrorism or cower in fear of those who oppose their very existence. The day they do is the day they surrender that existence.

Unfortunately, not everyone feels that way. In a strange psychological case of identification, some Jews throw in their lot with the opposition. They have bought into their own demonization and are in effect Jewish anti-Semites. It appears they would rather assist in their own annihilation than come to grips with the hatred directed toward them. This propensity for self-loathing is well known. Why else would openly anti-Semitic, self-styled “pro-Palestinian” organizations make recruiting Jewish members their main focus? Just ask the members of “Jews for a Free Palestine” who stood shoulder to shoulder with the Jew-haters in Berkeley.

In the wake of the 60th anniversary of the liberation of Auschwitz, it’s instructive to look back and see how this disunity has harmed Jews in the past. During the Holocaust, Jews were used by the Nazis to calm their co-religionists and help make them more docile for the trip to the gas chambers. There were Jewish prisoners (among others) who worked as guards in the concentration camps, often treating their fellow Jews as brutally as the SS. They were called “kapos,” a term gaining currency once again as old wounds are reopened. 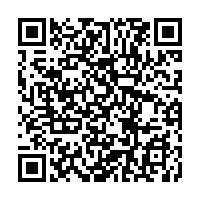