Significant public discussion began last week around Israel’s and the Israel Defense Forces (IDF) commitment and mobilization to assist the wounded and missing from the earthquake in Nepal.

A large IDF delegation left for the disaster area in Kathmandu and within a few days they established a field hospital as well as a system for locating missing Israelis in cooperation with the Israeli Ministry of Foreign Affairs. Of course, the results were not long in coming. Nearly all the Israelis were located, many of them were evacuated to Israel, and the IDF’s Medical Corps field hospitals have provided medical services to thousands of Nepalese victims wounded during the initial earthquake and its aftershocks.


The State of Israel has shown its solidarity with the world – sending more equipment and manpower than any other country in the world – and its efforts have been favorably received and supported.  Israel’s action is based on the classic idea of mutual responsibility among the Jewish people and any people who are in distress, be they Jewish or not. This help and assistance is almost unquestioningly given and received, even here in a country where normal discourse consists of constant argument between various opinions (like the famous saying goes: ask two Israelis and get three opinions).

This clearly Zionist value is expressed today in Nepal, but not only there. For example, the non-governmental organization Rescuers without Borders, headed by Rabbi Aryeh Levi from Beitar Illit (an ultra-Orthodox rabbi living in a settlement), is operating in Kathmandu right now. At the same time, he is working with me (an Aramaic Greek-Orthodox priest and the head of the Christian Empowerment Council) to collect basic supplies for Christian refugees who escaped the clutches of the murderous terrorist organization ISIL, eventually escaping to refugee camps in Jordan and northern Iraq. Surprisingly (or not), the main source of our manpower for this blessed activity is volunteers from the Zionist non-governmental organization Im Tirtzu, whose main volunteers are Israeli students.

The combination of an ultra-Orthodox rabbi, a priest who encourages Christian Israelis to enlist in the Israeli Defense Forces, and a secular pro-Israeli organization all working together is the aim of the Zionist story. Members of all ethnicities and sectors joining together to help those being unjustly persecuted.

It upsets me that even on these topics the vast majority of organizations who claim the title of “human rights” organizations, who in reality focus only on the vilification of the State of Israel and Israeli soldiers, are not heard.

Not Adalah, not Physicians for Human Rights, not Rabbis for Human Rights, not B’Tselem, not Breaking the Silence nor any of the other organizations supported by the New Israel Fund (NIF) have found in themselves at least the honesty to praise the amazing and inspiring Zionist activity being done here. Because why should they praise Israel or its Zionist organizations working for Nepalese refugees or downtrodden Christian refugees living in Jordan and in Syria?

After all, this doesn’t serve the international propaganda against Israel that they are primarily and completely committed to. 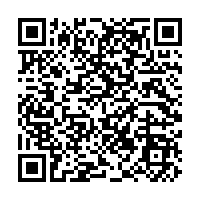