In the iconic movie “Back to the Future,” an eccentric time traveling scientist and his teenage companion must constantly scramble to get back to the future before the clock strikes a certain time. At one point, with just minutes left, the teenager says in exasperation, “Why do we cut these things so damn close?”

It was slapstick humor in the movie, but, in responding to the Arab Spring rebellions in first Libya and now Syria, this president cuts it too damn close, and it’s not funny. In fact, the pattern is alarming. An Arab Spring rebellion erupts against a dictator, who responds with brutal force. Calls go out from the White House for the dictator to find a suitable home in a patron country. But the dictator stays put and the White House, uncomfortable with history’s contradictions, including the alliance of jihadists with the rebels (and the occasional rebel fighter who cuts the heart out of an enemy soldier and then eats it), temporizes until events force its hand (the imminent fall of Benghazi in Libya, the fall of Qusayr in Syria).

At the last moment, as the sky darkens from the roiling clouds of genocidal massacre or geopolitical defeat, or both, the White House applies force, either in a supporting or leading role.

The eleventh hour approach worked in Libya — Khaddafi reportedly used foreign mercenaries because he was dubious about his army’s loyalty — and eventually he was dragged from a drainage pipe, beaten and then shot by his long-suffering, once cowed but now bloodily vengeance-minded countrymen. It will not be nearly as easy in Syria, where Bashar Al-Assad, very much the son to the father who crushed rebellious Hama in 1982, killing 20,000, and then flattened several die-hard rebel neighborhoods with bulldozers, has an Alaweit Praetorian guard, a largely loyal army with modern command and control, Iranian and Russian diplomatic and military support, and reinforcements from a fresh Hizbullah legion.

Had the president implemented last fall the CIA and State Department’s plan to supply weapons to moderate rebels, Qusayr might be standing and the U.S. in possession of enough diplomatic leverage to force Assad out, secure his chemical weapons, and just possibly avoid an unimaginable humanitarian catastrophe (recently, one Syria expert predicted that the death toll in Syria would pass 100,000 by August; in fact, that horrific milestone was reached in June).

Instead, the CIA is tasked with orchestrating a rebel military comeback, but using only a factionalized rebel force that until now had been manufacturing much of its munitions by hand, in the manner of pre-Industrial Revolution seamstresses working the looms in their hovels.

How did we move so quickly from complacency to last-minute weapons deliveries and a possible no-fly zone — surely, in view of the imminent Syrian government assaults on Homs and Aleppo, the military equivalent of a Hail Mary pass?

The administration points to the recent confirmation that Assad’s forces used sarin gas, but the first reports of that came in months ago; no one suggests it was used in any significant quantity; and the law of coincidences is strained by the conflux of Assad’s capture of Qusayr with an intelligence community chemical weapons assessment. Had Hizbullah turned tail in Qusayr, with the rebels joyfully shouting Allahu Akbar from the broken concrete ramparts, the administration would not be talking off the record about no-fly zones.

Instead, the president, afraid of the consequences of yet another American intervention in the Middle East, suddenly appreciated the consequences of not intervening. In the end, he lost control of events and realized he would own Syria even if he hadn’t broken it.

With Hillary Clinton out of the Obama administration, husband Bill was free to suggest that the president’s choice was between being Bill Clinton in Bosnia, where American intervention ended the worst humanitarian crisis in Europe since World War II, or Bill Clinton in Rwanda, who now lives with personal remorse and a black eye in history’s judgment for standing by while 800,000 Tutsis and moderate Hutus were killed in little over three months by the Hutu-led government and ethnic militias.

Just in case anyone was uncertain about which choice Bill advocated, he added that unless Obama intervened in Syria, he would look like a “wuss” and a “total fool.” (Had he been graceful about it, Bill might have mentioned that he had been something of a “wuss” in Bosnia too, acting decisively in 1995 only after nearly 100,000 had died, topped by the Srebrenica massacre, and at least 20,000 women had been raped.)

Didn’t Obama’s aides war-game this kind of rebellion? Red, a brutal Middle East dictator, steadily loses ground to Blue, highly motivated but poorly armed Arab Spring rebels. But Red, desperate to avoid the drainage ditch, summons the shock troops of a jihadist army in a neighboring country. Blue then loses ground, its supply lines, and morale. The United States finally comes to the aid of Blue with light weapons but the umpire declares Red the winner because time has run out to train and arm the rebels and light weapons can’t compete with Red’s planes and tanks.

The war game continues anyway and Red turns every rebel city into a parking lot and gives the jihadists chemical weapons, the gift of a grateful dictator. The game continued even after Red won because it was run under Hama Rules, as in Thomas Friedman’s adage that the only rules in the Middle East are “Hama Rules” — and Hama Rules are no rules at all.

To be sure, had Obama armed the rebels last fall, he doubtless would have been blamed for provoking Assad into using chemical weapons and Hizbullah into coming to Assad’s rescue. But that criticism would have been an acceptable price to pay for holding the strategic initiative. Admittedly, it is apparent now, but was not so then, that these things would happen even if the United States did not intervene. As Henry Kissinger once observed, however, “Statesmen always face the dilemma that when their scope for action is greatest, they have a minimum of knowledge. By the time they have garnered sufficient knowledge, the scope for decisive action is likely to have vanished.”

The price of learning that the Syrian regime, even without American intervention, would use chemical weapons and that Hezbullah would cross the Lebanese border was a dear one — a resurgent Assad, a rebel force on the defensive, and the concomitant erosion of negotiating flexibility on both sides.

An old Middle East proverb goes: “I am strong, why should I compromise? I am weak, how can I compromise?” Even though the proverb explains a great deal of the last 75 years of Middle East history, its resonance eluded the Obama administration, including Secretary of State Kerry, whose advocacy of an international peace conference in Geneva almost perfectly coincided with the appearance of Hizbullah troops and the deteriorating rebel position.

The Obama administration apparently hasn’t ruled out a no-fly zone, a much higher stakes step not to be taken lightly since Syria currently has five-fold more sophisticated air defense systems than existed in Libya, covering one-fifth the terrain. But there is a lot at stake already, even beyond the humanitarian crisis. Syria holds 65 percent of the world’s proven oil reserves and 40 percent of its natural gas. The collapse of Syria into Somalia-like chaos (think Mogadishu except that the militia fighters have chemical weapons) will threaten every bordering country, including Israel.

Syria is also Iran’s closest ally in the Middle East. In testimony last year before the Senate Armed Forces Committee, then-Defense Secretary Leon Panetta stressed that toppling Assad, among other things, “would be the biggest strategic setback for Iran in 25 years.” But the converse is also true: a rebel defeat would be an enormous blow to American prestige and influence in the Middle East, particularly unhelpful at a critical time when the Obama administration is pressing Iran’s president-elect, Hassan Rowhani, to engage in direct negotiations over Iran’s uranium enrichment program.

Ultimately, the problem is that President Obama’s heart just isn’t in this. When it comes to the Middle East, apart from drones, he appears far more comfortable with extrication than intervention. But in that part of the world ambivalence is no match for ruthlessness, especially when the ruthless, who play by the Hama Rules they invented, have everything to lose.

Given the shift in military momentum to the Syrian government, supplying moderate rebels only with light weapons risks the worst of all worlds because the president will have committed American prestige but done so in a manner unlikely to make a decisive difference to the outcome. To paraphrase another Kissinger aphorism, no statesman ever received credit for failing with half measures. Neither will President Obama.

To apply another film metaphor, in the dramatic scene from the silent movie “The Perils of Pauline,” the heroine is untied from the train trestle tracks just seconds before the train would have hit her. A foreign policy that avoids risk until time has virtually run out, and “Perils of Pauline” policymakers who act only when the specter of geopolitical defeat and human rights debacle roars down on them, likewise hardly lack for drama. But it is no way to run a railroad. 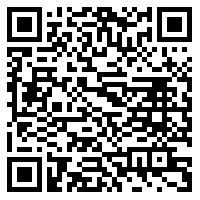