“What are other ways of making the same argument? Are they really arguing? How do we know this? Is this proof using deductive, or inductive reasoning? “ These questions and more, are questions that we ask regularly in my 7th grade Talmud class.

When studying Talmud students are asked to examine dissenting views, seek proof for one side or the other, understanding what the real point contention between two opinions is, and realizing that doing so may take serious effort and investigation, are regular activities that are all too scarce in today’s fast-moving environment.


Thomas Stahl and Jan-Willem van Prooijen of Vrije Universiteit Amsterdam, have recently shown that while it used to be thought that higher cognitive abilities are less inclined to believe in conspiracy theories and nonrealistic explanations, this alone is not enough. In February 2018 issue of the journal Personality and Individual Differences, Tomas Ståhl shows that a strong motivation to be rational is what is required in order to make sure reality prevails. Practicing the pursuit of logic, making sure that we exercise the desire for logical consistency, and engaging in the process of examining logic, train students to seek the pursuit of logic and desire it most.

A heartbreaking study of more than 2,300 undergraduates in American colleges found that 45% of students do not show significant improvement in the key measures of critical thinking and complex reasoning from the time they enroll in college to the time they finish.

This is why it is essential that educational institutions help ensure a better tomorrow and make sure that students do not just engage in information gathering and curricular advancement, but rather give their students the tools to think critically and engage in the process of reasoning. Practices such and finding the logical fallacy in an argument, being able to fully argue both sides of an argument, and having the humility to acknowledge that we don’t always know the answer to all questions and that sometimes it is better to remain with a difficult question rather than accept a weak answer, are all skills that are taught through a class of Talmud.

Another essential critical thinking skill taught in Talmud is that of intellectual role-playing. Students are asked to take up the persona of one rabbinic persona’s position and just a few minutes later take that of another. Being able to climb into someone else’s mind is an exercise that allows students to examine various issues with that one position in mind and see how it will play itself out, assess what it’s position would be in similar cases, and see if it can stand the challenges presented to it.

It is no coincident that some of my students, who rank in the top one percent in national math competitions, find this subject intellectually stimulating and intriguing. So many of logical skills used in math are used, broadened, and practiced in this age-old discipline.

And finally, as a Jew, Talmud allows for a profound experience of time travel, even as it freezes it. This was best described by 20th-century philosopher rabbi J.B. Soloveitchik:

Studying Talmud opens students’ eyes to an entirely new aspect of Jewish history; one that is alive and vibrant. We begin studying a verse from the bible and continue to how it was discussed in first 1st century Roman-occupied Israel, we go on to the way it was understood in fifth-century Babylon, consider how it was understood in the 12th century France and Spain, see how it was highlighted in 17th century Eastern Europe, and conclude with hearing how our classmates in a cutting-edge Manhattan classroom think of it.

Suddenly, history and geography come alive as generations unite and converse in one classroom. We are reminded that our lives are not a random spec on the continuum of history as a community of learners and thinkers is created, transcending time and place in the most beautiful way. 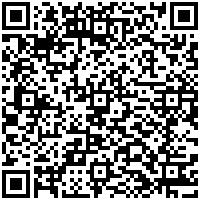