The word Islam has been referred to, most famously by Barack Obama, as the religion of peace. That’s because the word “Islam” is derived from the same three-letter root as the word “salaam,” which is similar to the Hebrew “shalom.” “Salaam” means “peace.”

But “Islam” does not mean “peace.” It means “submission.”

What is peace to a Muslim? It is submission. To Allah, to jizya, to the sword, to other Muslims. When others submit, whether voluntarily or involuntarily, there is peace and quiet. After all, if you slaughter people, they no longer make noise or fight back. They’re DEAD.

And that is why jihadists go around killing people. In this way, they’re fulfilling their religion the easy way, spreading the religion of peace through submission to the sword.

So it’s an interesting thing that now the shoe is on the other foot.

They’ve as much as admitted it. Israel National News reported that the Islamic Waqf Authority made an announcement to that effect. The headline of this story is “Waqf: We have lost control over the Temple Mount.”

They’ve even told Muslim worshippers to stay home—that their prayers are invalid if they’ve gone through the metal detectors.

What does this mean? It means that the Jews have won peace through Arab submission. The Arabs have been forced to either comply with Israeli security measures or stay off the Mount, so they’re staying off. This means that not only can Jews go up to the Mount without being harassed, spat upon, and treated like criminals, they can actually PRAY.

And it’s not just Jews celebrating, but at least one God-fearing Christian woman, “Jerusalem Jane” Jane Kiel, as well.

As hopeful as this all seems, it will not last. It’s inevitable: Israel gains the upper hand, then allows the Arabs to play the victor. Why this should be, I have no idea. It’s sickening and sad.

How do I know this will happen? Prime Minister Netanyahu held a question and answer session at the Knesset on Monday. MK Shuli Moalem Rafaeli asked a three-part question about Temple Mount rights and Bibi expressed his commitment to the status quo.

Thanks to Einat Hashman’s translation of this transaction between the prime minister and MK Moalem, my readers can all be privy to Bibi’s in depth expressed opinion on the Temple Mount and Jewish rights:

Shuli Mualem: Yesterday I had the privilege of seeing my daughter Nitzan Moalem marry, and I accompanied her to the entrance gate to the Temple Mount. I would like to ask you a three part question about the Temple Mount.

The first part is why the Waqf personnel are allowed to accompany and disturb most of the time, Jews visiting the Mount? From where does the Waqf derive the authority to do this? It is illegal. It creates a lot of friction. I should think an [Israeli] police escort would suffice.

The second part [of my question], if I may, why has it been decided that only one group of Jews will be allowed in at the time, even in contrast with allowances granted to tourists? There is the impression that we [Jews] do not even have the rights of every average traveler or tourist from Honolulu.

Bibi: Excuse me, what was the second question? I did not understand.

Moalem: At any given time on the Temple Mount, there is only one Jewish group of eight to ten Jewish visitors.

The third part relates to the opening hours of the Temple Mount to Jewish visitors. These hours are very, very limited and do not allow Jews to visit, not on Saturdays or in the afternoons when people finish their day’s work and seek to ascend to the holiest place.
Bibi: MK Moalem, I will start with the third part of your question. Opening hours have not changed. They have been fixed for many years and I do not intend to change them; because there is a principle that I am trying to uphold, and that is the “status quo” principle.

I do not want to change it, not regarding visiting hours for Jews, [and] not regarding prayer times and prayer arrangements for Arabs. [The status quo] was decided after the Six-Day War. It has undergone a few changes, but it has been with us for many years.

Now since then, I know that you have certainly noticed we are witnessing religious wars on a global scale, with attempts to incite hundreds of millions of Muslims in general, and against Israel in particular, and the focus of incitement, we see clearly, has been and remains the Temple Mount. There are stories going around that we are going to break the status quo, that we are going to destroy the Al-Aqsa Mosque, that we will change the order of prayer, the order of visits, and so forth. That’s why I set a policy. I stick to it. I think it’s correct, to prevent any changes in the existing arrangements. This is regarding the hours.

We do not prevent… I did request to prevent Jewish and Arab Knesset members alike, Jews and Muslims alike, from visiting the Mount, because of my assessment—based on experience as well as on information and intelligence warnings—or intelligence assessments. I wanted to disallow entry to the Temple Mount [for members of Knesset], at least at this stage, in order to prevent that incitement. I see no reason to think otherwise at this point. This does not mean that the restriction will not change in the future, but at the moment, despite our best intentions, we do not believe that the time has come.

Regarding the escorting of groups, the role of the Waqf, as has been agreed upon with the State of Israel, is to protect the arrangements that the Waqf is obligated to, including supervising the various parties operating there—not necessarily us—and we asked that the Waqf be fortified.

In the context of our contacts with the Jordanian government, we asked that the Waqf will act responsibly, that there will be support forces backing the Waqf regarding things on which we see eye-to-eye with the Jordanian government, and I hope things will happen accordingly. I do not know of any harassment [of Jews by the Waqf], and if there is such harassment, we will make sure that it will not happen. (emphasis added)

Well, Bibi, the status quo seriously SUCKS, as you’d know if you knew anything about the goings on at the Temple Mount. It’s unsustainable. What we need is peace. Real peace.

The kind of peace that can only be had through Arab submission to Israel.

UPDATE: Since I wrote this piece the “status quo” has once again been imposed at the expense of Jewish freedom of religion in the Holy Land. Jewish visitors have been barred from the Temple Mount because the police kept catching them in prayer, which the police are calling a “violation of visitation rules.” 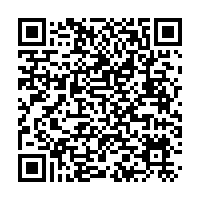