In a surprising development, Mohammed Dahlan, the opposition leader of the Palestinian “Democratic Reform Movement,” met with Russian Foreign Minister Sergey Lavrov in Moscow on November 2, 2021. Dahlan, a former Fatah official who now resides in the United Arab Emirates, is a bitter foe of the Palestinian Authority Chairman, Mahmoud Abbas. There are some in the PA who accuse Dahlan of facilitating the Abraham Accords.

In a statement released on the Dahlan website FatahVoice,2 the meeting focused on building a Palestinian national partnership. Dahlan told the Russians, “We are ready for reconciliation, and we have no demands and no conditions that go beyond the wishes of all patriots… Fatah continues to say that it is the vanguard and the supposed leader, and this is true historically, but today it is a broken vanguard.”

Another report by FatahVoice stated that the two delegations discussed the latest Palestinian developments and the possibilities of “inviting the International Quartet (the UN, the EU, the United States, and Russia) to reestablish its role and revive the peace process.”3

The two sides, the report continued, stressed the importance of achieving Palestinian reconciliation and mobilizing Arab and regional support as an essential step in “advancing the negotiations under the auspices of the International Quartet to reach a just agreement that will grant the Palestinian people their hopes and aspirations for an independent state.”

Abbas and the Russians

This development should not be taken lightly since the strong relationship with Russia is one of the cornerstones of Mahmoud Abbas’s policy.

Dr. Isabella Ginor and Gideon Remez, two researchers at the Truman Institute, even uncovered Soviet documents showing that when Abbas was in Damascus for a time [around 1983], he served as a “loyal, cooperative, and informative” agent.4

Today, one of the stumbling blocks to resume talks with Israel is Mahmoud Abbas’s steadfast denial of the United States’ leading role in the peace talks. Instead, he seeks to give the Quartet this role. As a result, Russia would have equal status to the United States and the Quartet would convene an international conference with parties closer to Russia’s views than the United States.

In Mahmoud Abbas’s eyes, Dahlan is a red flag. He ousted him from Fatah, nearly arrested him in Ramallah, [Dahlan fled him for his life], accused him of corruption, and asked Interpol to arrest him.

If Russia is moving toward Dahlan, a consensus must have emerged from the world powers and leading Arab countries pointing to the end of Mahmoud Abbas’s political career. It may also indicate why Abbas is also seeking Russia’s aid to reinvigorate the Quartet.5

Pinhas Inbari is a veteran Arab affairs correspondent who formerly reported for Israel Radio and Al Hamishmar newspaper, and currently serves as an analyst for the Jerusalem Center for Public Affairs) 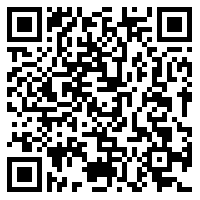