The fires that consumed the First Temple on the Ninth of Av continued to burn until the middle of the following day. The Talmudic sage Rabbi Yochanan stated, “Had I been alive in that generation, I would have fixed [the day of mourning] for the Tenth [of Av] because the greater part of the Temple was burnt on that day.”

Tisha b’Av has been a day of unfortunate occurrences throughout Jewish history, and so too has the Tenth of Av.


On July 22 1306, the Tenth of Av, the Jews of France were arrested and ordered to leave the country. The Jewish community was not aware of the planned expulsion, for France’s king, Philip the Fair, did not want them to flee in advance with their assets. One of the monarch’s motives for expelling the Jews was financial. Philip saw plundering the wealth of the exiles as a way to shore up France’s economy.

It was by far the most significant expulsion of Jews to date in medieval Europe. Approximately one hundred thousand were forced to wander in search of new homes; many perished along the way.

Ten years later, Louis the X invited the Jews back to France, and some did return. But the expulsion had serious consequences beyond the immense human suffering it had caused. It ended the great era of Jewish scholarship of the Tosaphists of France, whose commentaries illuminated Talmudic texts. And it set a precedent for other mass expulsions, which would plague the Jews of Europe throughout the Middle Ages.

Tragically, the return of the Jews of France was short-lived – they were expelled again in 1396 by Charles VI.

In the late nineteenth century England was a haven for tens of thousands of Jews fleeing oppression in Russia. Many of the immigrants made their way to the East End of London. Their steady arrival aroused the opposition of many British lawmakers.

On August 11,1905, the Tenth of Av, the Aliens Act was passed. The new law entitled an immigration officer to deny entry to an “undesirable immigrant,” defined by the bill as one with no means of earning a living, or judged to be a lunatic, or convicted of a nonpolitical crime. The bill also allowed for the expulsion of those who had already immigrated and were now deemed undesirable.

The legislation not only set in motion a series of increasingly stricter anti-immigration measures, it also impacted American policy. Americans who opposed the levels of Eastern European immigration looked to the British bill as an example of successful immigration limitation. In 1924 the U.S. Congress passed the Johnson Reed Act, which put a stop to the flow of immigrants from Eastern Europe. These restrictions remained in force throughout the era of Nazism and the Holocaust, denying European Jewry desperately needed sanctuary.

In the summer of 1929, Arab hatred of Zionism boiled over into full-scale riots. The Arabs of Jerusalem were well aware of the significance of the Western Wall to the Jews and used this holy site to incite against Zionism. On Yom Kippur 1928, the British consented to Arab demands to remove the mechitza, the divider separating men from women when in prayer, and in the middle of Yom Kippur services, British soldiers entered the grounds of the Kotel and removed the barrier.

As the debate over Jewish rights at the Kotel continued, efforts were made by the Mufti of Jerusalem, Haj Amin Al-Husseini, to keep Jews from praying at their sacred site. Husseini whipped Arab masses into a rage by charging that the Jews were attacking the Muslim holy places. Soon after, on the sixteenth of August 1929, as a newly constructed door near the Wall was opened, Jewish worshippers were attacked. Two Jews were injured and many religious articles were destroyed.

On the following day, August 17, thousands of Arabs armed with clubs, swords and daggers converged upon the Mosque of Omar to hear impassioned hate speeches by their leaders. Soon the cry of “Slaughter the Jews” bellowed in the streets of Jerusalem. Over the next several days there were attacks at Mount Scopus and the Bucharian section of Jerusalem where young Abraham Mizrachi was mortally stabbed.

The rioting, which continued for a week and a half, took the lives of 133 Jews and left 339 wounded. Among the dead were those massacred in Hebron, whose Jewish community was ravaged by Arab mobs. 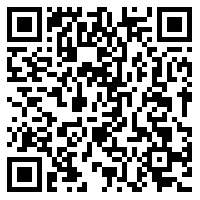