For the past 27 years, I’ve had the great fun and fortune of running a small farm for my summer camp job. We’ve got a whole menagerie, from smaller critters like rabbits, chickens, roosters, ducks and geese to larger ones like goats and sheep. It’s a big undertaking, but one that teaches the kids a whole bunch of valuable lessons.

Most of the campers are city slickers – Big Apple kids who often think that milk miraculously comes from a spout at the local grocery. We have a large dairy farm down the road from our camp. I often take the kids there so they can learn to appreciate the whole amazing process of where milk originates and how it comes to rest on our supermarket shelves.

The kids not only come to love the animals but, mainly, they learn a tremendous lesson in responsibility. For two months a year, these domesticated creatures are totally dependent on my campers. If it’s cold and rainy outside, we still have to get up, put on our gear, and make sure the animals have decent food and water, and that their shelter is warm and secure.

It’s always a very hard time when one of our animals gets sick. We call in the vet, pay extra money for shots and medicines – and sometimes have to administer those goodies by forcing it down the animal’s throat (or, gulp, worse places). I’ve had to give an animal shots for a week to try to heal it.

Once, we had a very sick small goat. No matter what we did, nothing seemed to be helping. The vet came several times. We tried all sorts of remedies and the poor thing only got worse. It was clear that it was dying and there was nothing we could do about it. I discussed the situation with our camp directors and with my camper helpers. What was the proper procedure? What should we do? Some advocated sending it away somewhere to die “naturally.” Others advocated giving it to the vet to “dispose” of, reasoning that this was something the kids should not be exposed to or even know about.

Someone suggested not feeding the goat so that it would eventually starve to death. This brought about a major uproar from the kids (I felt the same way, but wanted to hear from them first). How dare we do such a horrible thing, they argued? The suggestion was seen as cruel and totally out of the question. We ended up caring for it as best we could, feeding it by medicine droppers, mixing in antibiotics along with warm milk. When the inevitable end came, we gave the animal a proper burial deep in the woods.

These city kids could give a lesson to all those big shot lawyers and adults in our judicial system who simply turned off Terri Schiavo’s feeding tubes and let her starve to death. It is cruel and barbaric and something that boggles the mind in 21st century America. Shame on all of them. It’s the sort of thing we might expect to read about in Saddam’s Iraq, not here in our own backyard.

Sometimes one has to “put down” a very sick animal on a farm. But farmers and “simple” folks know all too well what needs to be done in these extreme cases. These unfortunate critters are put out of their misery quickly.

Even a mass murderer on death row is not put to death by starvation. No, that would be deemed cruel and unusual punishment. Instead, in these infrequent cases, they’re usually given an injection and death for them comes quickly (perhaps too quickly). Were the “significant others” in Terri’s case cruel? Or, once they decided she would die, perhaps they were big time wimps – “Yes, let’s have her killed but not directly by our hands; we won’t pull any trigger here, just the plug, and if she can’t feed herself, oh well, ain’t that a pity.” 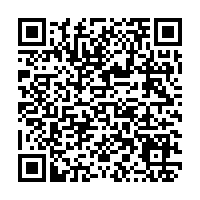