According to some news reports, the Trump administration has scaled down its demand that the Palestinian Authority stop paying imprisoned terrorists, and is now asking only that the PA stop paying the 600 “worst” terrorists.

If the reports are true, it means the administration is missing the forest for the trees. The terror-payments problem is not just one small issue that can somehow be bargained or finessed. It’s much bigger than that. In fact, it goes to the very heart of the Israeli-Palestinian conflict.

From the time the Palestine Liberation Organization was founded, in 1964, until the day the Oslo accords were signed, in 1993, the vast majority of the American public, Congress, and the Jewish community all understood that the goal of the Palestinian leadership was to destroy Israel.

The entire premise of the Oslo agreement was the claim – by the Jewish Left, the State Department, and the news media – that Yasir Arafat, Mahmoud Abbas, and the rest of the Palestinian leadership had sincerely rejected terrorism, forsaken the pursuit of Israel’s destruction, and were ready to live in peace side by side with the Jewish state. They were heady days.

They didn’t outlaw and disarm terrorist groups, extradite terrorist suspects to Israel, or expel terrorist groups from the PLO. When a Palestinian carried out a terrorist attack, they didn’t denounce him as a despicable traitor to the cause of peace.

If Palestinian leaders genuinely wanted peace, that’s what they would have done. Peace-lovers despise, condemn, and penalize terrorists. But the PA glorifies terrorists, teaches Palestinian children to emulate them, and pays salaries to the killers and their families. If they arrest a terrorist, they let him out the jail’s back door.

There were so many warning signs over the years, but not many people paid attention. The “jihad” speeches in Arabic. The Karine A, with its 50 tons of weapons. The “intifada” violence the PA orchestrated under the leadership of Arafat and Abbas. The terrorists who were given positions in the PA government and security forces. The daily glorification of killers as “martyrs,” the non-stop incitement in the schools and media that poison the minds of children and adults alike, the naming of streets after mass murderers.

And now – the terror salaries, which have been paid since the day the PA was established in 1994, but for some reason did not attract attention until recently.

If Abbas and the PA were to genuinely cut off all payments to terrorists and their families – really stop them, not funnel them through some gimmick or third party – it would signal that they have sincerely rejected terrorism and renounced their terrorist past. Which, of course, is exactly, why they will never do it.

One can only hope the Trump administration will come to understand that Abbas’s refusal to stop the terror-payments is not just a point of pride or a dispute over the technicalities of transferring funds. It is a clear, unequivocal proclamation of the Palestinian leadership’s true attitudes and intentions. 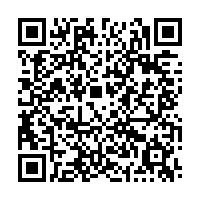