Thank God that the fighting in Gaza has stopped for the moment. If Israel sneezes, Hamas and the others may start the fireworks again and Israel will again be forced to defend itself.

If that happens, I’ll say thank God for the Republican gentiles. If the Evangelicals didn’t fight for the Jews, you would never know that the Jews even have a right to defend themselves. Historically, Jews have always been too helpless and guilt-ridden to fight back when attacked. If you attack a Muslim, you will be pleading for your life in a flash; insult a black person and your foot will stop working for a month. But if you attack a Jew, he will be so busy wondering what the Jews did to make you so violent, that he won’t even notice that he is still bleeding.


The fact that Jews have always been so helpless is the reason that Diaspora Jews are so amazed by the military power of Israel and the unbelievable heroism of its troops. It is amazing that while Hamas rains rockets on the State of Israel, the guilt-ridden liberal Jews of America can’t find any reason to condemn it: They can’t feel comfortable unless they see the Palestinians as victims of Israeli oppression. To create the idea that a Hamas terrorist is a victim is as much a fantasy as saying that Adolf Hitler was a victim of the Jews.

Every Jew is raised to think it’s his moral obligation to help and love the weak and the underdog. And if he can’t find one, he needs to invent one.

Palestinian rockets can be storming all over Israel and liberal American Jews are convinced if Israel didn’t persecute them, this never would’ve happened. Only a pathetically perverted sick Jewish mind could believe this. The Jewish guilt trip knows no limit. That is why we face the insanity of watching Hamas send rockets to Israel determined to kill innocent civilians while Israel sends leaflets, emails and makes phone calls pleading with Palestinians to flee out of the way of rockets so that innocents won’t be harmed. It is unbelievable that while the charter of Hamas calls for the total destruction of Israel, the Jews of America somehow manage never to have heard about it, although Hamas makes it obvious by its behavior each and every day.

When three Jewish teenagers were murdered in June, Palestinians were jumping, dancing and celebrating in the streets; but when a Palestinian teen was killed, all of Israel expressed their national sorrow and they were begging for forgiveness. The contrast between the mentality of Israel and the mentality of Hamas was never so loudly expressed as when the Arab killers became heroes and the Jewish killers became prisoners.

Every militant knows that if you are caught trying to kill Jews and happen to get wounded, the Jews are the only people in the history of warfare who will provide the best medical attention in order to save your life. Isn’t it a weird irony that while a Hamas terrorist is trying to destroy Israeli lives, Israelis decide to save his life?

Palestinian sympathizers have chosen to avoid the simple fact that the rockets raining on Israel are no different than the bombs that struck America on 9-11: just as America did nothing to deserve it, neither has the State of Israel. What could we do that would stop Hamas from its determination to destroy the State of Israel? The answer is nothing. But the Israelis have always wanted peace so desperately that they kept imagining that anything is possible.

Israelis have constantly negotiated with the powerless Palestinian Authority, while Hamas’s pledge to destroy Israel remains. We are now listening to the 12th secretary of state and the 14th president trying to accomplish a negotiated settlement. Israel has long demanded that Hamas give up its terrorist goals, which won’t happen; and it was right and necessary to destroy all its arms and the tunnels built to terrorize and kill Israelis. 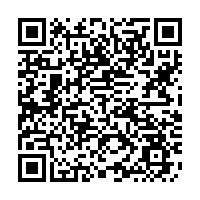