Standing at the podium in the Knesset this past Monday, US Vice President Mike Pence gave one of the most remarkable speeches about Israel ever delivered by a foreign dignitary.

Indeed, his message of support for the Jewish state was so heartfelt and genuine, and at times even lyrical, that anyone who cares about Israel’s standing in the world should take 30 minutes out of his or her busy schedule to watch, listen and learn.

Condensed into that half-hour was a brilliant mix of principle and policy, history and hope, one that went far beyond the standard parameters of routine oratory.

As a former speechwriter at the Israeli mission to the United Nations and later in the Prime Minister’s Office, I could sense that Pence was not merely reciting a script, he was giving us a glimpse into his soul, expressing some of his innermost convictions, such as his acute sense of admiration for Israel and the Jewish people.

There are times when a statesman or politician says things because he must. But in this case, the vice president said them because he wanted to.

And therein lies all the difference.

For decades, we have repeatedly heard the refrain that America and Israel share common core values. But rarely has that bond been explained as concisely and cogently as it was by Pence.

“In the story of the Jews, we’ve always seen the story of America,” he said, adding, that, “It is the story of an exodus, a journey from persecution to freedom, a story that shows the power of faith and the promise of hope.”

Pence went on to describe how Jewish history and resilience have served as a source of inspiration to towering figures ranging from the Pilgrims who settled America to George Washington, John Adams and Abraham Lincoln.

At a time when much of the international community likes to portray the Jewish state in villainous terms, those words are a breath of fresh air, a clear avowal of the justness of our cause and the treachery of our foes.

Moreover, by tracing so eloquently the historical and intellectual link between Jews and America through the modern era, the former governor of Indiana demonstrated unequivocally that the connection between our two peoples predates the establishment of either country.

Though the mainstream media would never admit it, Pence’s visit was a demonstrative expression of how in the course of just one year, President Donald Trump has succeeded in healing the wounds inflicted by Barack Obama on the bilateral US-Israel relationship.

Gone are the nasty and critical rhetoric, the snarky tone and condescending manner which typified the previous eight years in the White House’s relationship with Jerusalem. The days in which US secretary of state John Kerry, or even Obama, would lecture Israel as though they knew better than the Jewish state itself what is in the country’s own best interests now seem like a distant memory.

And that is thanks to the staunch positions that President Trump and his administration have taken, whether by publicly recognizing Jerusalem as Israel’s capital or defending Israel in the halls of the UN.

Of course it is common during each American president’s term of office to bandy about the phrase “he is the best friend Israel ever had in the White House.” But when looking back over the past 12 months, it seems fair to say that in Trump’s case, those words are not mere rhetoric.

They are fundamentally true.

It is time for more American Jews to take note of this. Regardless of what they might think about various other aspects of the administration and its policies, there can and should be no doubt in anyone’s mind that we are witnessing an extraordinary embrace of Israel by Washington.

One of the roots of the Hebrew word for Jew, Yehudi, is the verb lehodot, which means to give thanks. This hints at the elementary truth that to be a Jew is to show gratitude and appreciation, both to the Creator as well as our fellow man.

So in that spirit, it is only appropriate that each and every one of us express our profound thanks to Donald Trump and Mike Pence. They have set our bilateral relations back on an exceptional course, drawing Israel and America closer than they have ever been. 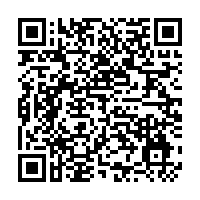