Even after another generation has passed, it will be hard for Israel to undo the strategic damage caused by its May 2000 abandonment of the South Lebanon Army (SLA).

Maj. Gen. (res.) Yitzhak Mordechai, who was head of Northern Command and defense minister, tells of messages he received from senior Egyptian and Jordanian officials who saw the abandonment of the SLA as a worrisome case of an Israeli breach of trust. A well-known Arab proverb says: “Nahna ma’a al-hait al-wakif”: “We are with the wall that stands firm.” The saying expresses a basic code for the dynamic of making alliances and staying loyal to them. It is a warning, especially for minority groups, that they should forge ties with reliable allies. Reflecting an existential anxiety, the proverb implies that the ally’s reliability should be assessed on a daily basis.

By abandoning the SLA, Israel signaled to its allies in the region that it is not a dependable mainstay. The message was received loud and clear by the Druze on the Golan Heights, and to this day it informs their caution toward the Israeli offer of citizenship. In a recent demonstration in Tel Aviv by the heads of the Druze and Circassian local councils, the head of the council of the Druze town of Sajur said, “We cannot be turned into an SLA case.” The message has resonated ever since 2000 as a warning to anyone in the region who considers moving toward cooperation with Israel.

Israeli military thinking has not developed a doctrine on how to deploy militia allies in combat beyond Israel’s borders. Countries have critical areas of interest for defensive purposes outside their own internationally recognized boundaries. For example, after WWII, Britain claimed that for defensive purposes its strategic border was on the Rhine River. The SLA, for its part, had a legitimate role to play on Israel’s northern border. Such deployment of proxies goes far back in history: it was, for instance, a significant factor in Byzantium’s ability to stay in existence for hundreds of years after the fall of Rome.

Due to the changing nature of warfare in the 21st century, the deployment of such forces has become more common. The Russians make systematic use of such proxies in Ukraine, Syria, and Libya, and the Americans also engage in the practice. As a militia force on Israel’s northern border, the SLA had an even greater strategic potential, not least because as an organization drawn from local fighters and representing most of the local population, it enjoyed broad legitimacy in a territory no smaller than what Hezbollah controlled at the time. The SLA’s commander, Gen. Antoine Lahad, emphasized that he acted as a Lebanese patriot.

Strategic alliances of this kind emerge from a convergence of interests. The SLA was established as a Lebanese body and reflected trends that emerged in the Lebanese system. It acted first and foremost to pursue its own local interests—that is, the interests of the residents of the villages and towns near the Israeli border. During the Lebanese Civil War, these residents were pushed to the margins and suffered widespread abuse at the hands of the Palestinian terror organizations, which entrenched themselves in Lebanon after their 1970 expulsion from Jordan. They also suffered from the neglect of the Lebanese state.

All residents of the territory—Druze, Christians, and Shiites—were represented in a single, organized force within the SLA. This had more than symbolic importance, as their activity was motivated by their own interests. That said, they made a significant contribution to Israel’s security with their presence in the territory and their full cooperation with the IDF.

From the common fabric of life and common sacrifices on the battlefield, a profound bond emerged: a fraternity of fighters that was not to be dismissed. Ehud Barak, the PM who led the May 2000 withdrawal, claimed in a recent interview that “the reality concerning [the SLA] grew complicated from the moment we decided to withdraw in accordance with UN Resolution 425…. The Security Council was not going to recognize the Israeli withdrawal if it was not to the international border and if the SLA was not dismantled.”

Strategic decisions do demand cold logic, especially when they entail turning one’s back on allies who have been by one’s side for quite some time. But even if the deliberation was essentially pragmatic, as Barak claims it was, the emotional and moral dimension should not be ignored. The abandonment of the SLA has still not been sufficiently resolved in Israel’s security concept. The episode had ramifications for decision-making during the Syrian civil war, specifically regarding cooperation with Syrian militias in the villages close to the Golan border. The centrality of the issue calls for a reconsideration of the SLA’s abandonment, weighing all the considerations involved in light of the test of long-term strategic benefit.

The treatment of SLA refugees in Israel—as is well known to the former commanders of the Lebanon Liaison Unit, Lt. Gen. (res.) Gabi Ashkenazi and Lt. Gen. (res.) Benny Gantz—is far from perfect. Here Israel can and must do better. 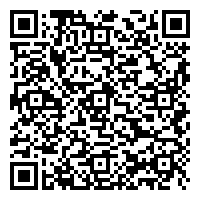