Judah Leib Gordon’s 1887 poem “Kotzo Shel Yod” (“The Point on Top of the Yod”) includes a description of cruel harassment by rabbis of an unfortunate agunah (literally, a “chained woman” whose husband deserts her or disappears without divorcing her, thus preventing her from remarrying). The description is vitriolic, wicked, dishonest, and disgraceful, in the spirit of the poets of the Enlightenment period, among whom Gordon was a central figure.

The truth is that the leading rabbis in every generation tried to find solutions, even far-fetched ones, for the distress of agunot.


The illustrious Rabbi Akiva Eiger (late 18th century) helped release an agunah with the explanation that “the time is right to release a Jewish woman from the bonds of being an agunah, and Jewish women should not be hefker.  We are going to be lenient with an agunah… and in this emergency we should rely on the words of one person.”

These great rabbis were no less God-fearing than the dayanim (rabbinical court judges) of our time. They were also familiar with the warning of the sages against hastiness in judgment – “A dayan must always see himself as though the gates of Hell are open beneath him” (Sanhedrin 7a).

But in their awareness of their great responsibility, they were not afraid to seek solutions for complex questions about agunot. Moreover, according to Kabbalah, releasing an agunah brings the redemption closer. In modern times we have the widespread syndrome of Jewish women being hefker and Jewish women denied a get (religious divorce). Solving their problem according to halacha is one of the major rabbinic challenges of today. Moreover, Israeli law authorizes rabbinical courts to send a husband who denies his wife a get to prison.

There are dayanim, however, who are opposed in principle to such enforcement, and even milder types of enforcement, for fear of a get kafui – a divorce granted under duress, which is not considered valid. Consequently, there are many recalcitrant husbands who exploit this situation for prolonged abuse against their captive wives.

This division of opinion among rabbinical judges has caused many wives to live as captive women to unscrupulous husbands who in essence hold them in chains for ransom. Those judges seem to ignore the directive of the Maharsha who said, “To free an agunah, our sages invoked many leniencies.” The Maharsha concludes, “God must grant courage to rabbinical judges so that trapped and suffering wives will be blessed with peace and domestic tranquility.”

Another major rabbinic challenge at this time concerns how we should react to and deal with the agony and suffering of righteous converts who suddenly find themselves in spiritual and halachic limbo. This dilemma was highlighted by the Jerusalem Rabbinical Court’s recent decision to retroactively cancel and revoke a large number of conversions in Israel.

Is such a halachic ruling valid? Let us consult the Torah and the Talmudic sources. The Torah commands us 36 times, more than any other mitzvah, to love the ger (convert) and not to cause him anguish. The Talmud (Yevamot 47) lists 11 prohibitions against insensitive words and inconsiderate actions against converts. The Talmud rules that we are not to be too strict or exacting toward a would-be ger.

The Rambam rules that as long as a would-be convert undergoes mila (circumcision), tvila (immersion in a mikvah), and  makes a verbal commitment to accept the yoke of the mitzvot, we must accept him immediately and unconditionally as a righteous convert. As the Midrash Yalkut Shimoni states, “A righteous convert is more beloved to God than a born Jew.”

The Talmud in Berachot 64 states that Torah scholars must above all advance peace and harmony in the world. To preserve this peace among Torah scholars, the great Talmudic codifier The Mordechai (Mordechai Ben Hillel), at the end of tractate Gittin, quotes Rabbeinu Tam (Rashi’s grandson) who ruled that no rabbinical court has the authority to annul or revoke a halachic decision of another rabbinical court. 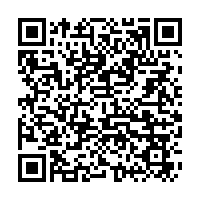