Brett Kavanaugh has, at long last, been confirmed as our newest Supreme Court Justice.  But the toxic fallout from his nomination hearings will contaminate the political landscape for years to come.

And yet, after all the sound and fury, the question remains:  Is Justice Kavanaugh guilty of having molested Christine Blasey Ford?

I have no idea.  Nor do you. Neither does anyone else.

The whole ugly episode has left us knowing no more than we knew when it began.  It’s also left us considerably worse off than we were before. Because the way things look often matters more than the way things are.

TO LOOK GOOD OR TO BE GOOD?

Much of the blame falls squarely on the shoulders of Dianne Feinstein.  Long respected as one of the most balanced and principled figures in government, the California senator either lost her will or lost her way.

Perhaps Ms. Feinstein had a good reason to withhold from authorities for two months the letter alleging misconduct against Brett Kavanaugh. But she has yet to provide a convincing explanation for a decision that was manifestly unethical and arguably illegal. Which impels us to follow wherever our imaginations lead.

The senator’s inscrutable silence, followed by her office presumably leaking the document a week before nomination hearings began, has all the appearance of a calculated, partisan plot to create a public firestorm where there should have been a private, professional investigation.

What does this look like? Like a brazen connivance to generate controversy, a cynical ploy to rile up voters before the approaching midterm elections. If you have a better explanation, Senator, the country would love to hear it.

What does it look like?  Like pure ideology, exploiting some women who claim to be victims of sexual violence while throwing others under the bus, all for political posturing. How dysfunctional is our moral compass when suspicion alone warrants savaging the reputation of adversaries and alliance justifies exoneration irrespective of the truth?

On the Republican side, the offenses are less egregious but equally inexplicable.  Why was the entire contingent of Democrat senators given but a single hour to review a single copy of the 46-page FBI report?  Maybe there was a reason for not providing either more copies or more time. If so, Mitch McConnell, please tell us what it was.

What does it look like?  Like the Republicans were trying to push through a pro forma investigation while sweeping unsavory details under the rug.

THE WINDOW AND THE MIRROR

Jewish law contains two seemingly contradictory precepts.  The first is the injunction to judge every person favorably.  Far removed from progressive non-judgmentalism, this principle calls on us to acknowledge what we don’t know, to gather reliable evidence, to look for mitigating circumstances and alternative explanations before jumping to conclusions.

In the American legal system, this is called the due process of law.  It is also called the presumption of innocence until proven guilty.

The second Jewish precept is called the perception of virtue.  Even if I am doing something that is 100% kosher, it may still be forbidden if others are likely to misinterpret my actions as immoral or illegal.

But why?  If I’m doing the right thing, why should I care what other people think?

Because of this: appearances are critical to the preservation of civil society.  Bad behavior legitimizes bad behavior, and the worse some of us act, the worse all of us eventually will act.  When extreme conduct becomes the norm, civilization spirals into anarchy.

The answer is simple.  Judging favorably is for when I’m observing others.  The perception of virtue is for when others are observing me.

Try it out yourself.  When you see others acting questionably, conjure up some reasonable explanation to excuse their behavior.  When you know others are watching you, ask yourself what you can do to ensure that your actions won’t be misinterpreted.

If more of us followed this formula, we would have to endure far fewer scandals while providing more protection for authentic victims. 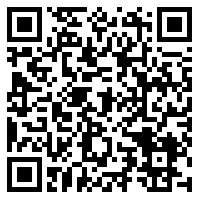