Some 77 years ago, the Chief Rabbi of the Jews in the Land of Israel Yitzhak HaLevi Herzog – President Isaac Herzog’s grandfather – entered one of Europe’s convents and categorically demanded that the mother superior release Jewish children that were hidden there during the Holocaust. “There are no Jewish children here,” she said innocently, but the rabbi insisted, and the children of the Christian institution were brought into the courtyard and were arranged into rows in front of the rabbi and his entourage.

“Who here is Jewish?” the rabbi asked repeatedly, but he met with total silence. His entourage encouraged him to leave for the next convent in order to search for Jewish children there as well, but then, a moment before they left, Rabbi Herzog suddenly wandered around the rows of children and shouted out loud: “Shema Yisrael, Hashem Eloheinu, Hashem Ehad” (‘Here, O Israel: the Lord our God the Lord is One’). The small hands of seven of the children rose of their own accord in order to cover their eyes, and the rabbi shouted in excitement: “They’re Jews, this is how their mothers taught them” (according to testimony from my grandfather, Shlomo Zalman Shragai, who accompanied Rav Herzog during his trip, as mentioned in Rabbi Haim Sabato’s book Be-Shafrir Chevyon).

We need to remind ourselves of these simple truths today, when Israeli policemen are dragging Jews who recite “Shema Yisrael” on the Temple Mount away from it; and when court cases are actually presented for the record as “The State of Israel versus ‘Shema Yisrael.'”

There is no greater disgrace than this, apart from perhaps the disgrace of someone who doesn’t understand the problem. One of the judges at the Jerusalem Magistrate’s Court, Zion Saharai, tried on Sunday to remove this stain. And six months ago, another judge from the court, Bilha Yahalom, revoked a restraining order that had been given to a Jewish worshiper there. She even noted, correctly, that “the State does not dispute that many Jews pray on the Temple Mount, and this activity in itself does not violate police instructions.”

But the craziness still reigns. The state plans to appeal the Saharai petition, just as it appealed the Yahalom decision (which was reversed in the district court).

Around seven years ago, Limud MK Gilad Erdan opened the gates of the Temple Mount to Jewish visitors and their quiet prayers. Now Justice Minister Gideon Sa’ar and Prime Minister Bennett have a similar opportunity. They can stop the appeal against the Saharai decision. They can return a little sanity to the conduct of the State of the Jewish People on the Temple Mount. If they will be resolute, there is also a chance that the Muslim side will accept this natural reality, just like, until recently, it accepted quiet Jewish prayer there. 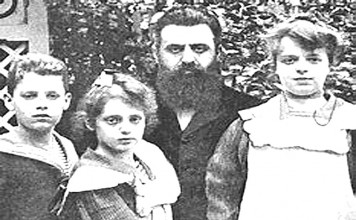