One of the key tactics of the anti-Israel Boycott, Divestment and Sanctions (BDS) campaign is to make claims that are, at best, overstated—and in many cases provably false—in order to bolster their appearance of success.


For example, organizers claimed in 2010 that the American rock band the Pixies had cancelled a show in Israel due to their advocacy. In fact, the Pixies cancelled due to security concerns, and eventually played a concert in Israel in 2014. The Pixies are even planning to return to Tel Aviv for two shows this summer. Other big names to tour Israel in recent years include Alicia Keys, Lady Gaga, Bon Jovi, and the Rolling Stones.

An article on the website of the Palestinian BDS National Committee, the main BDS advocacy organization, claimed that the campaign chalked up eight impressive victories against Israel in 2016. Predictably, the claims are misleading, overstated, and often outright false.

Below is each claim, followed by an explanation of why it is wrong.

“(1) Three more multinationals were compelled under BDS pressure to end involvement in illegal Israeli projects, indicating a start of a domino effect.”

One of the examples cited was the British security firm G4S, which ceased operations in Israel. But last July, G4S stated in a filing with the Illinois Pension Board that, far from embracing the boycott of Israel, it has committed to operating there for decades, and had merely closed some operations due to financ

In general, multinational companies are actually expanding their ties with Israel. In just the last month, Honda, BMW, Apple, Lockheed-Martin, and Shanghai Automotive Industry Corporation (one of China’s largest automakers) all announced that they are maintaining or expanding their business ties in Israel. In addition, 165 Israeli companies participated this month in the Mobile World Congress in Barcelona, Spain, the top mobile phone trade show in the world.

If there is a a “domino effect,” it’s that more companies see the benefit of partnering with Israeli companies, especially in the high-tech sector.

“(2) Israel’s global legal war on BDS suffered fatal setbacks after the EU upheld the right to boycott Israel under freedom of speech.”

This is an interesting claim, as the European Union statement, which the BDS website linked to, proclaims that while the EU “stands firm in protecting freedom of expression and freedom of association,” it also explicitly “rejects the BDS campaign’s attempts to isolate Israel and is opposed to any boycott of Israel.”

In any case, a number of European courts have found that the BDS campaign is often expressed as intimidation or racial discrimination and therefore not protected by free speech laws. In October 2015, France’s highest court ruled that BDS was an illegal form of hate speech. And earlier this year, a Spanish court announced incitement-to-hatred charges for boycotters who targeted the Jewish singer Matisyahu. Banks across Europe have shut down a number of accounts associated with the BDS movement due to their associations with hate speech and/or illegal groups.

These zones have been overturned by Spanish courts 24 times.

“(4) Israel’s global isolation intensified as the logic of appeasing its regime of oppression started to give way, including at the UN, to the logic of sustained international pressure.”

The BDS website claims that “this remarkable development has made many companies nervous about their own involvement in Israel’s serious violations of international law.” As noted above, there is no evidence that multinationals fear doing business in Israel.

This item highlighted the passage of United Nations Security Council Resolution 2334 last December. But that resolution was merely advisory and non-binding. It has already prompted pushback from the United Kingdom, Australia and the new administration in the United States.

This hasn’t been an unalloyed success. The United Methodist Church rejected four BDS resolutions and voted to withdraw from an anti-Israel coalition at its quadrennial convention last May. The BDS website hailed a January vote from the Methodists to withdraw from a number of Israeli banks. That resolution was one of the four that was subsequently voted down four months later.

Last June, the Southern Baptist Convention reaffirmed its support for Israel and condemned the BDS campaign. And two months later, a group of African-American pastors representing some nine million worshipers publicly repudiated anti-Israel elements within the platform of the Movement for Black Lives, a group affiliated with the Black Lives Matter campaign.

It isn’t clear what exactly the BDS movement tangibly accomplished here. The website states that if HP continues doing business with Israel, “they will be met with boycotts and divestment by people of conscience and progressive institutions across the globe.” HP has continues to do business with Israel, seemingly undeterred by this threat.

The Jewish National Fund announced a photo contest last month that was supported by HP and Israel’s Government Press Office.

There might now be rising awareness of the BDS campaign’s attempt to intimidate HP, but HP shows no sign of caving to its pressure.

“(7) BDS reached the Oscars and the Olympics, as the academic and cultural boycott of Israel spread even further among student unions, academics, artists and writers, especially in the global South; and Israeli Apartheid Week set a new record.”

A recent report by the American Council of Trustees and Alumni observed that despite earlier support for BDS from academic groups, “members of the American Historical Association and the Modern Language Association properly rejected recent attempts to pass sweeping boycott resolutions that would politicize these important disciplinary associations.”

While the Forward reported that only one person took advantage of a trip to Israel that was offered to 2016 Oscar nominees, not a single star said that they were boycotting the Jewish state. If anyone had wished to make a statement, they would have made it.

A star-studded Friends of the IDF event in November drew the likes of Robert De Niro, Arnold Schwarzenegger, Julie Bowen, and Gerard Butler, raising an estimated $38 million to provide “educational, cultural, recreational, and social programs and facilities to Israeli soldiers as well as supporting families of fallen soldiers and wounded veterans.”

There is no evidence that the BDS campaign is convincing many celebrities to boycott Israel. There is plenty of evidence to suggest that the stars aren’t listening.

“(8) International trade unions intensified support for BDS measures in solidarity with the Palestinian people and Palestinian workers, in particular.”

The BDS website boasted that “the New York University graduate students union, part of United Auto Workers Local 2110, voted by a large margin to join BDS.” But it doesn’t report that three days later, NYU president Andrew Hamilton rejected the vote, saying that it was “contrary to our core principles of academic freedom.”

A boycott of Israeli academics and institutions is contrary to our core principles of academic freedom, antithetical to the free exchange of ideas, and at odds with the University’s position on this matter, as well as the position of GSOC’s parent union. NYU will not be closing its academic program in Tel Aviv, and divestment from Israeli-related investments is not under consideration. And to be clear: whatever ‘pledges’ union members may or may not have taken does not free them from their responsibilities as employees of NYU, which rejects this boycott.

As is the case with many of its victories, the BDS campaign’s claims for 2016 are exaggerated, mistaken, misleading, or deliberate lies.

Perhaps the most relevant to disprove BDS boasts: Bloomberg News reported in June since the anti-Israel campaign started in 2005, foreign investment in Israel has nearly tripled. 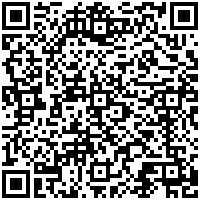