Intermarriage is far and away the biggest test faced by Jews and Judaism. Irrespective of how one defines himself or is known to be Jewish, marrying within the faith lies at the core of our survival. Choose your pogrom or persecution down through our long history and the aim was the same – to eradicate Jews and Judaism. Saying no to intermarriage is our way of saying no to those who would destroy us.

I do not posit here on the extent of one’s practice or belief. It matters not if one is a yearly synagogue attendee on Yom Kippur, a devout believer praying thrice daily, or anywhere in between. The point is, a Jew, almost by default, has accepted the first Commandment: I am your God. Billions worldwide worship a god, but only a few million worship Him as the Jewish God.


Writers have on many occasions gone to great lengths to rationalize and even romanticize intermarriage. Some argue that a good non-Jew is no different from a good Jew – that a good person is defined by virtually all cultures and religions as someone who’s honest, just, and fair, and there are good and bad in every race and religion.

That’s all true, but societies and peoples have always placed great emphasis on the continuity of their generations through marriage and family. Choose your nation or religion. Catholics look to marry Catholics; Hindus look for Hindus. There are certain invisible lines one is expected not to cross. (In 1935, leaders of New York’s Syrian Jewish community were so concerned about the matter that they issued an edict forbidding intermarriage, disobedience of which would mean automatic shunning by the community.)

We have struggled through blood-soaked millennia just to maintain our relatively miniscule worldwide population. Intermarriage, by definition, creates attrition – a loss of population – as well as a schism that is both lifelong and intergenerational.

There are adolescents in crisis whose passage through drugs and defiance leaves them at times void of religion, Holocaust survivors who question God’s existence, victims of sexual abuse angry at God for permitting them to be hurt – but these individuals by and large do not become non-Jews.

An irreligious or apathetic Jew is wholly different from a Jew whose actions diminish the Jewish nation.

To be opposed to intermarriage is not to preach cultural or religious isolationism. Jews have historically been among the most active participants in all walks of life – finance, science, medicine, the arts, and public service. Jewish philanthropy benefits people of all races and cultures across the globe. Israel’s search and rescue teams have been first responders to the world’s greatest calamities, in regions both near and remote and nations both friendly and hostile.

To oppose intermarriage is not to seek self-absorption, but to seek to prevent self-annihilation. Our aim is to maintain a culture through the ages, a richness of belief and tradition that cannot be taught through a Chanukah bush or an Easter seder.

The intermarriage crisis has become especially acute over the past few decades for reasons such as men and women choosing to marry later; large numbers of women entering college and the workplace; a higher divorce rate; and greater flexibility in lifestyle choices. The growing percentage of singles in their thirties and forties just adds to an already combustible mix of factors enticing yet more to intermarry.

It is never easy or fair to get into someone else’s mind. Choosing whom and when to marry is one of life’s most complex decisions. Love, idealism, economics, happenstance – all are contributing factors.

Nevertheless, mix the elements of intermarriage with a growing divorce rate, a low birth rate, and the general assimilation within the Jewish community. Let it simmer for another 50 years. What will you get? Exactly what demographers are predicting: a smaller Jewish nation with an even stronger demarcation between those whose grandchildren are products of intermarriage and the Orthodox whose high birthrate remains the key to our survival as a nation. 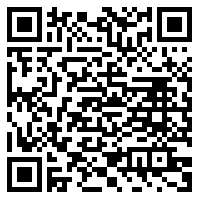