With all the agitation advocating the removal of monuments themed to historical personalities such as Gen. Robert E. Lee, let’s consider whether offensives closer to our times warrant our angst.

As loyal Americans and observant Jews, we find one personality of the relatively recent past who might well deserve to lose the geographic honors awarded to him during his life.


I took the liberty to look back at The Haunted Wood, a book by Allen Weinstein and Alexander Vassiliev published in 1999. The book explores the behavior of Samuel Dickstein, a 1930s and ‘40s member of Congress from the Lower East Side (an area native to this writer).

At his peak, Dickstein was a popular and influential representative who was active in tracking down Nazi-like political activities and native Nazi sympathizers.

However, unknown to most people at the time, including most law enforcement agencies and the military establishment, there was a sinister side to Dickstein’s political behavior that bordered on treason and reflected acts of corruption.

Only decades later, after the fall of Communist-ruled Russia and its empire, and the opening of previously secret files, did researchers began to suspect something sinister in Dickstein’s past. This research ultimately led to the efforts by Weinstein and Vassiliev that proved without doubt that Samuel Dickstein was corrupt and a traitor to our country.

Specifically, according to the authors’ research, Dickstein was on the payroll of the Soviet government, engaged in spying on the American government

According to The Haunted Wood, documents discovered in the Moscow archives in the 1990s disclosed that Dickstein was paid $1,259 a month from 1937 to early 1940 by the NKVD, Joseph Stalin’s Soviet spy agency. Research since then has shown that Dickstein may have been involved in other questionable activities both criminal and treasonous.

The late historian Joseph E. Persico wrote an excellent review of The Haunted Wood for The New York Times in which he noted the following:

“The files document Soviet spying by Rep. Samuel Dickstein of New York, so greedy that his handlers gave him the code name ‘Crook.’ ”

(Persico also mentioned the treasonous activities in the Office of Strategic Services of one Duncan Lee, a descendant of Gen. Robert E. Lee. “Lee always denied the charge,” wrote Persico, “yet a KGB file reveals a Soviet agent boasting of Lee’s value as a source, noting that all OSS intelligence ‘from Europe and the rest of the world…comes through his hands.’ ” How ironic, especially given current events.)

In 2014, Politico published an article by journalist Peter Duffy titled “The Congressman Who Spied for Russia” which further explored Dickstein’s nefarious activities. Duffy’s article fleshed out a picture of treason unprecedented in American congressional history.

Consider the following from Duffy’s essay:

“Dickstein was never mentioned during the Red Scare years of the early 1950s, when Joe McCarthy made headlines.… When he died in 1954, Dickstein was honored in much the same way as any other pol in the Democratic machine. The new Samuel Dickstein Plaza was located close to Ahearn Park, named for Dickstein’s Tammany mentor, John F. Ahearn.”

A 2013 New York Times article by veteran reporter Sam Roberts, titled “A Soviet Spy in Congress Still Has His Street,” inspired a Lower East Side civic leader, Susan LaRosa, to campaign to have Dickstein’s name removed from the plaza. To date that effort has come to naught.

The street on which Dickstein is honored is located between Grand Street and East Broadway, one block from the historic Bialystoker Synagogue.

It is my hope that given current events, including the recent action by the mayor of New York – with the help of Brooklyn Assemblyman Dov Hikind – to remove a plaque containing the name of French Marshal Petain, a Nazi ally, in the Canyon of Heroes in lower Manhattan – that the Dickstein name on that little plaza/street on the Lower East Side will be removed forever in recognition of his treasonous acts against America and against his own Jewish people. 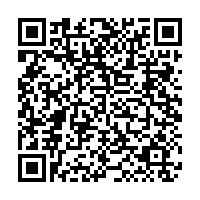