Prominent on my father’s bookshelf when I was growing up was a volume on Jewish history, replete with maps and photos, featuring encyclopedic entries ranging from the Holy Temples and the Spanish Inquisition to the ’48 War of Independence.

As the son of German Jews, both of whom narrowly escaped the Nazis, I naturally jumped to the “Holocaust” entry when I first perused the book – and was confronted by a heart-rending photo that has haunted me ever since. One of the most iconic photos of the 20th century, it was the shot of a little boy wearing a cap, coat, shorts, and knee socks, hands raised in surrender, eyes wide with terror as helmeted Nazis stand guard with rifles. He is on a cobblestone street amid a gaggle of women and children.


He is maybe six or seven, just a few years younger than I was when I first came upon the photo. I clearly remember my shock at this first glimpse of the photo, how my mind roiled with questions. What had it been like for the boy? What had he been thinking? Who was he, and where were his parents? And, most important, what happened to him? Had he somehow survived or was he one of the Six Million?

The picture had been snapped by a German “military photographer” during a round-up of Jews in the Warsaw Ghetto. The establishment of ghettos, which had begun as soon as the Nazis gained control of Poland, was part of Hitler’s plan to contain the “contamination of Untermenschen” in concentrated areas. Very quickly, the 1.3 square mile once-pleasant Jewish Quarter of the Polish capital city had become ridden with hunger, disease, and death. At its height, some 500,000 Jews were walled in by the Nazis and deprived of the provisions of life.

The Nazis in their drive to eradicate the Jews had made the ghetto part of their “Final Solution” conveyor belt, rounding up Jews from the countryside, concentrating them in the ghetto, and then periodically thinning the population by deporting large numbers for “resettlement.” After four years with the shadow of death hanging so heavily in the ghetto – every morning “clean-up carts” cleared the streets of Jews who had died in the night – the desperate Jews mounted a valiant but ultimately doomed revolt. The Nazis razed the ghetto, killing tens of thousands and sending the rest to extermination camps.

After the war, the Warsaw Ghetto horror was fully exposed via the Stroop Report – a meticulous Nazi recounting of the liquidation with statistics and photographs including the one of the little boy, captioned “Pulled from the bunkers by force.” It became the most famous photographic manifestation of the Holocaust, causing millions to wonder about the child’s ultimate fate.

In the 1960s there was a report that the boy had survived and become a prosperous investment banker in London. Later, a cardiologist in New York who had been in the ghetto thought he might have been the boy. Other reports had the boy surviving and emigrating to Israel or Australia. Hebrew University historian Dan Porat wrote The Boy: A Holocaust Story, tracing the individual sagas of several of the people in the photo, both Jews and their German persecutors. He concluded that the boy likely did not survive and after the last of the Warsaw round-ups was carted to a camp and killed, one of 1.5 million children who perished in the Holocaust.

But his terrified face continues to haunt the world. Several years ago, Michael Oren, the historian and former Israeli ambassador to the U.S., mentioned in an interview how the photo had deeply affected him as a child. Like me, he had grown up in New Jersey and had also been shocked when he first saw the photo, wondering what the boy had thought and if he had survived. Oren also noted that in World War II there was no modern Israel to which Jews could escape. He added that the 1967 Six-Day War and the 1976 Entebbe rescue showed Jews all over the world they no longer had cause to feel as hopeless as the Jews in that photo. 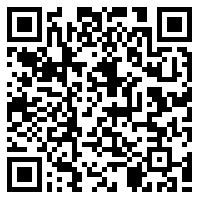