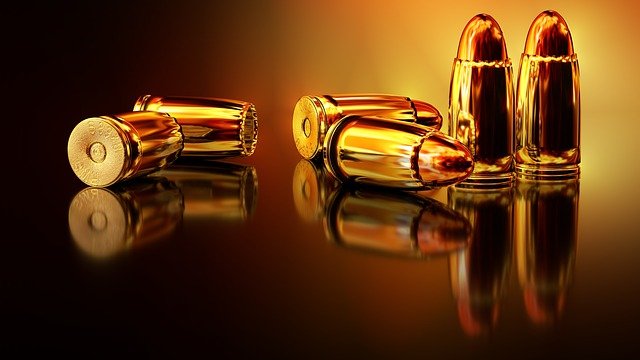 The bullet that the Palestinian Authority handed over to U.S. officials may or may not have been the one that killed Al Jazeera reporter Shireen Abu Akleh in Jenin earlier this year.

The bullet may or have been too damaged to determine conclusively whose gun it came from.


The bullet may or may not have been fired by an Israeli soldier.

Remember these facts: Jenin has been governed solely by the P.A. since 1995. There are no Israeli settlers there. No Israeli governor. No Israeli military administration. The only reason Israeli troops briefly entered Jenin on that fatal day was because they were chasing terrorists the P.A. had refused to arrest.

According to the Oslo agreement, the P.A. is required to disband all terrorist groups, seize their weapons and outlaw them—in other words, to put them out of business. But they never did it.

The P.A. never outlawed terrorist groups. It has never made a serious effort to arrest their members or confiscate their weapons in Jenin or anywhere else. It could crush the terrorist groups if it wanted to: The P.A. has one of the largest per-capita security forces in the world. But it just doesn’t want to. It treats terrorists in Jenin and other areas under its control like brothers, not enemies.

Even sources that are unsympathetic to Israel occasionally admit that terrorists roam free in P.A. cities. On March 23, 2014, for example, The New York Times reported that Israeli troops were forced to enter the Jenin refugee camp in pursuit of terrorists because although Jenin is under the “full control” of the P.A., “the Palestinian [security forces] did not generally operate in refugee camps.”

That is why those Israeli soldiers went into Jenin; the P.A., by its deliberation policy of inaction, forced them to do it. The Israelis could not halt their pursuit when the fleeing terrorists reached Jenin; that would have left the terrorists free to murder more Jewish women and children. The Israeli soldiers had to chase them. It was their moral and legal obligation, even if it meant briefly entering a P.A.-run city.

That makes the P.A. partly responsible for the death of Shireen Abu Akleh.

The terrorists were the ones who were directly responsible for causing the specific circumstances that led to her death. When confronted by Israeli soldiers, they could have surrendered.

It’s just like when a criminal is confronted by police officers in the United States. The criminal has a choice. He or she can surrender peacefully, or they can start shooting. If an innocent bystander is killed in the shooting—whether the fatal bullet is fired by the criminal or the police—it is the criminal who caused it. The police would not have shot their guns if the criminal had peacefully surrendered.

Likewise in Jenin. The only reason Israelis were shooting was because the terrorists were shooting at them. Obviously, the Israelis weren’t aiming their guns at reporters in the vicinity. Israeli soldiers have never deliberately shot at journalists.