Thanks to The Lincoln Project, attorneys at Jones Day and Porter, Wright, Morris & Arthur LLP are on “the List.” What list? The List of people to be identified, catalogued, written about and punished for cooperating with Republican election campaigns. Bloomberg News reported it a week ago and we have The Lincoln Project’s own Twitter feed explaining their thinking.


In their tweet announcing their project against the law firms, The Lincoln Project stated: “Whatever you think of the Administration’s legal arguments, targeting the sanctity of our elections is immoral & ineffective.” One wonders if they apply the same election integrity standards to themselves.

Attorneys with these two law firms (among others) are representing the election interests of President Trump and Vice President Pence. Legal representation, according to The Lincoln Project, must be suppressed and intimidated. People who help Trump-Pence must be put on The List. This was precisely the sort of list maintained by the Ministerium für Staatssicherheit in the not-so-distant past.

Just when you had deciphered and comprehended the consequences of today’s practical application of the Frankfurt School’s critical theory — how “deconstructing” people is the Cancel Culture — many (and here I include The Lincoln Project crew) take things to whole new low.

You are familiar with the tactics of the Cancel Culture: Target a person who says things (usually very effectively) they do not like; then manufacture some outrage over a supposed offense (real or imagined); whip things up exponentially, to a hysterical pitch via social media; maximize the controversy with additional murky claims and/or threats to anyone who may support the person or be within their “blast radius” (also known as “isolation”); issue non-negotiable demands for the person’s silencing, firing, removal, banning, etc. Viola! Cancelled.

There was a time when these tactics were reserved for persons in politics, media, entertainment, and sports. Every once in a while, some ordinary mortal would be elevated from obscurity, thrust into the spotlight, destroyed, and their remains cast adrift and burned in Viking funeral fashion.

There is a generation of Americans (those addicted to social media) for whom this Cancel Culture is all great sport, and who spend the greater part of each day hunched over a device, awaiting the next status update or posting. Welcome to COVID-locked America 2020.

Now, the Never-Trumper “Republicans” of the Lincoln Project — you remember, the people who worked with John Podesta to “war game” post-election street violence against persons and property — have dreamed up a way to self-righteously interfere with legal due process.

Reminder: our system of justice guarantees citizens the presumption of innocence and the ability to access the courts to address grievances and torts.

Do the folks who would, it appears, dismiss these guarantees subscribe to the Trump Accountability Project’s goal of cataloguing all persons who cooperated with or supported the Trump administration? If Trump had just given each of the Lincoln Project “leaders” minor sinecures at Agriculture, HUD or the Small Business Administration, would they have groveled appreciatively and never organized to oppose his administration? Is The Lincoln Project “protecting democracy” by seeking to undermine the rule of law? The irony would appear lost on them.

In America, serial killers and drug dealers get legal counsel. This clumsy political war against lawyers representing a president may be unprecedented in our nation’s history. It is not only petty and disingenuous — but — it is also dangerous. It is an attack on our fundamental constitutional rights. Members of The Lincoln Project are seeking to intimidate law firms and attorneys in order to deprive individuals and organizations of their legal protection. Could there also be the hope that enough character assassination might stick so that the targeted person will be permanently taken out?

Civil rights attorney Harmeet Dhillon claims attorneys representing Republicans have received death threats and been “doxxed” by some of the Never-Trumpers and other persons opposing the Trump-Pence campaign’s ability to lawfully challenge contentious election results.

Here is an interesting point to consider: Normally, Republicans are not well-suited to devise political techniques like this effort to pressure legal representation. Many rank-and-file Republicans are comfortable remaining in the minority. Notably, the Lincoln Project crowd has not accomplished very much since Trump took office, other than occasional appearances on CNN. This legal pressure campaign is quite novel.

The larger point to consider is that should a Biden presidency come about, these sorts of tactics — and the general, national shift to centralized government control — will increasingly be compulsory. It is a philosophical thing. Big Government, Big Media, Big Tech, Big Medicine, Big Solutions — all at the expense of the individual: Individual rights, individual property, personal wealth, personal privacy, individual responsibility, personal conscience. Those will all have to be compromised supposedly for the greater good — especially if you supported Trump. The legal profession has made it onto The List. Will the new Big Brother be coming soon for you?

Chris Farrell is a former counterintelligence case officer. For the past 20 years, he has served as the Director of Investigations & Research for Judicial Watch. The views expressed are the author’s alone) 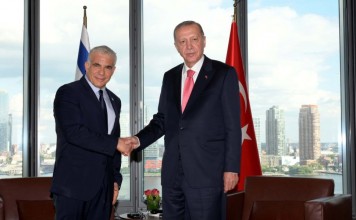 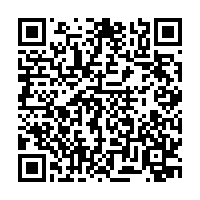