I find myself thinking more and more about our president, trying to understand why he is such a seemingly stubborn man in the face of repeated evidence that his policies haven’t worked – and why, after so much promise in his first campaign, he’s turned out to be such a polarizing figure.

When he ran for the presidency that first time he exuded a kind of transcendent charm, a sense that he could heal the nation of its many – often self-inflicted – wounds. But through nearly two terms now he has done the opposite. His mode of governance has enraged conservatives and Republicans of all stripes while fanning the flames of triumphant partisanship in his progressive base.

A lot of people I know think it’s just racist to criticize Obama and so his critics ought to shut up. That, I think, is at least a part of the explanation for what the Obama presidency has become.

Being a “transformational” president, the first African-American to hold his office, has given him a kind of insulation that no other president of any party or political persuasion has had before him. Americans rightly recognize this country’s sorry history on the matter of race, especially as regards black and native Americans. And most Americans regret that history –indeed, are shamed by it. So there’s a deep reluctance to criticize him on the part of many and a quick reaction to reject criticisms of him offered by others because of the fear these will be interpreted in racial terms.

Unfortunately racism isn’t dead in America, although it’s greatly shrunken from what many of us, old enough to remember, experienced in the fifties and sixties (and earlier for our even older contemporaries). And there are some, indeed, whose criticisms of the president bear a racial edge. Perhaps because of that they taint the rest of us, especially in the eyes of those who cannot brook any criticism of Obama, either because they identify with him or just want the policies he champions to triumph.

And that brings us to the second concern.

Besides his being insulated by his race and the special place it makes for him in the nation’s history, there are those who desperately want the agenda he has pressed on America to fundamentally alter this land. The left, which has embraced the president as he has embraced them, wants a changed America, an America of greater social equality whose sword is not only fixed permanently in its scabbard but has been taken out of the hands of its leaders.

Obama himself appears to believe this, as we can see from his ringing rhetoric about turning back oceans and receding tides of war under his leadership, and from his actions –or, more tellingly, lack of them – in the face of rising global instability.

His interests seem mostly directed at transforming this country in a myriad of ways, whether all its citizens (or even the majority) want that transformation or not. Nor is he above a few fibs here and there to get it done; see the selling of Obamacare, his decision to unilaterally change immigration law after telling the country he couldn’t do that while still following the Constitution, and a whole host of other dissimulations that have characterized his presidency. By now it hardly bears listing all the falsehoods and misleading remarks delivered to the American people anymore.

The left, of course, loves Obama for championing its agenda. And the media, most of whose prominent representatives generally sympathize with that agenda, protect him from criticism for routinely overstepping the constitutional norms that have governed prior presidents.

Obama came into office attacking George W. Bush’s so-called imperial presidency, but no president, not George W., not FDR, perhaps not even the willful Andrew Jackson in the early nineteenth century, has so consistently thumbed his nose at half the nation or more in pursuit of his objectives, the people’s representatives in Congress be damned.

And he has gotten away with it despite the divisiveness it’s generated across the nation because most politicians, public officials, and certainly the all-important media have declined to call him on the matter of presidential overreach.

On the left, the omission is understandable if not necessarily defensible because he is doing the left’s work – and doing it in a way no other president, however “progressive,” before him has ever done it. He hasn’t worried about compromising with the opposition, about trimming his sails to capture the broad winds of national consensus, or the niceties of governing limits imposed on presidents by the Constitution.

Indeed, in several cases that looked to many of us like a slam dunk in the courts and would have overturned administration overreach, the Supreme Court, led by a timid chief justice, has actually bailed him out, finding ways to reinterpret the plain text of the Constitution to allow presidential action no president in the past would have hazarded to take.

Earlier, Obama used executive orders to unilaterally change the Welfare Reform Act and, most recently, to remake the immigration laws of this country (although the latter attempt has at least been temporarily stayed by a federal appeals court and now heads to the Supreme Court where the president hopes to reprise his previous wins on Obamacare).

And now we have the remarkable picture of a president threatening to use his executive powers to shut down Guantanamo’s detainment facility against express congressional legislation to block the move. And, even more shockingly, to force the nation to accept a flood of Middle Eastern immigrants dislodged from their own lands because of this administration’s feckless policies in Syria, Iraq, and Libya and despite incontestable evidence that ISIS terrorists used the immigrant tide created by their violence to smuggle operatives into France (and, it now appears, into other countries).

Although state governors across the country have announced their opposition to such a policy and House Speaker Paul Ryan has led the House in passing legislation demanding high government officials sign off on the vetting of each prospective new immigrant from the Middle East before they can be admitted, our president piously denounces Republicans for their values while making clear his intention to press ahead on accepting the displaced Syrian refugees.

No other president in history could or would have set himself so clearly against the will of so much of the nation. Other presidents would have feared the political consequences. But Obama doesn’t because he’s learned that, for him, there are no such consequences. He doesn’t have to clear the same political and electoral hurdles his predecessors have had to clear. He doesn’t have to build a consensus because the left and a largely sympathetic national media protect him from any possible consequences by suppressing the picture of a willful president circumventing national opinion.

In a sense, Obama is the first American president who, given the levers of executive power, can do nearly anything he wants with no serious constraint on his use of executive power. Is it any wonder so many conservative Americans are angry today and show it by supporting anti-establishment presidential candidates who seem to stick their fingers in the collective eye of the political left which has found, in President Obama an untouchable champion?

It doesn’t matter what overreach the president employs. Public opinion doesn’t call him to account on it because so much of the media fail to report it adequately and the other branches of government appear frozen in place when confronting him. Chief Justice John Roberts looked like the classic deer in the headlights of an onrushing pick-up truck when faced with the need to challenge the president on Obamacare while former speaker of the house John Boehner, whose efforts to find ways to work with this president eventually cut him off from his own base, was forced to resign, his career obliterated by a stone wall thrown up by a president who casually flouts the letter and spirit of the Constitution – which used to be the law of the land—and gets away with it.

No one calls Obama to account except a few conservative pundits, politicians, and media outlets who seem unable to break through in the wider national debate, perhaps because so many of us fear being tagged as bigots – a fear that only emboldens this president as he overturns the old rules.

Constitutionally the president is entitled to decide who comes into the country in the matter of accepting refugees. The governors around the country who have set themselves to fighting this are on shaky legal ground, at best. But if the matter is serious enough, and recent information surely suggests it is, can a president, even when the Constitution is on his side, just do as he likes, contrary to the will and judgment of Americans across the length and breadth of the land?

If a president is faced with more than half of America’s governors and the people they represent saying no to bringing in large numbers of insufficiently vetted refugees from the war-torn Middle East, the question is not whether he can override them. It’s whether he should. 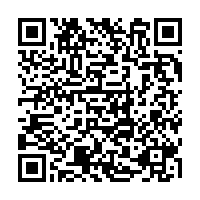