The Israeli drug giant Teva has announced that 6 million doses of hydroxychloroquine will be delivered to US hospitals by March 31 and more than 4 million more will be delivered within a month. “We are committed to helping to supply as many tablets as possible as demand for this treatment accelerates, at no cost,” Teva executive vice president Brendan O’Grady said.


Teva is the world’s leading generic drug manufacturer, employing 43,000 employees around the globe. In 2018, Teva produced 120 billion tablets, with one in nine generic prescriptions in the US containing the company’s products. Despite its global position, Teva says it has a unique understanding of local markets.

Many American detractors of Israel are giving a new airing to the myth that the Jewish state receives the lion’s share of US military aid. The suggestion conjures the demon of an all-powerful Israel lobby that has turned the US Congress into its pawn. Rashida Tlaib and Minnesota Democrat Ilhan Omar, the first two Muslim women elected to Congress, are at the forefront of those detractors. President Donald Trump, along with many others, view Rep. Tlaib and her compatriots within the Democratic Party as antisemites, a perception they bolster by repeating the slander about Israel’s aid relationship with the US.

The reality is that the US’s alliance with Israel is based on two key factors: intelligence sharing and ideological unity, according to Michael Koplow, a Middle East analyst at the Israel Policy Forum. The Teva announcement is clear evidence of this ideological unity.

Hydroxychloroquine sulfate tablets were in short supply throughout March, according to a report by the American Society of Health-System Pharmacists. Hospitals have been rushing to stockpile the decades-old antimalarial drug, which has been touted by President Trump and others as a possible treatment for the new coronavirus. From March 1 through March 17, US hospitals bought an average of 16,110 units of hydroxychloroquine, compared with an average of 8,800 units a month from January 2019 through February 2020, according to Premier Inc., which helps 4,000 member hospitals buy and manage their supplies.

Teva indicated that it will do everything possible to accelerate production of hydroxychloroquine and also conduct research to see if, in its vast catalog of 3,500 drugs, others can be used to fight coronavirus. Another Israeli drug cited as possibly helpful is remdesivir, an experimental antiviral from Gilead Sciences.

Israel and the US coordinate scientific and cultural exchanges and have bilateral economic relations. The top five US exports to Israel are unmounted diamonds, semiconductors, civilian aircraft, telecommunications equipment, and agricultural products. The top five US imports from Israel are diamonds, pharmaceutical products, semiconductors, medicinal equipment, and telecommunications equipment. US direct investment in Israel is primarily in the manufacturing sector, as is Israeli investment in the US. The US and Israel have had a free trade agreement since 1985 that serves as the foundation for expanding trade and investment between the two countries by reducing barriers and promoting regulatory transparency.

The politicians, pundits, and IR scholars who accuse Israel and the Israel lobby of extracting the lion’s share of US military aid from a gullible Congress are either themselves hopelessly gullible or know full well that they are spreading lies. Israel receives a small fraction of the real outlays of military assistance the US indirectly gives its allies and other countries. These experts, if they are in fact experts, should also know that 74% of military aid to Israel was spent on American arms, equipment, and services. Under the recently signed Memorandum of Understanding, that figure will be changed to 100%. The experts simply cite the wrong statistics.

(Dr. Frank Musmar is a financial and performance management specialist and a non-resident associate at the BESA Center) 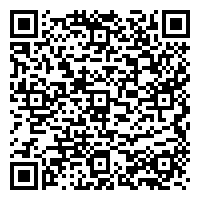