You head out to the garage early, with plenty of time to make your business meeting.  You turn the key in the ignition, only to hear the pitiful groan that signals a dead battery.


Your calm mood is shattered.  Running back into the house, you call for an Uber which, gratefully, is only two minutes away.  You fly out your front door, then find yourself face-down on concrete after tripping over the electric scooter some pinhead has left lying on the sidewalk.

You pick yourself up, briefly examine your scraped palms, rumpled suit, and torn trousers, then go ballistic.  You pick up the scooter and hurl it over the fence into your neighbor’s swimming pool.

Your reaction might be justified.  Or perhaps you need anger-management training.  But as your adrenaline level starts to ebb, you notice your neighbor and his wife applauding enthusiastically as they watch the scooter disappear beneath the surface of their pool.

If you live in Santa Monica, Beverly Hills, or Venice beach, this scene might not require much imagination.  You may have already lived it. More and more, Southern California locals are venting their rage on what they see as a veritable scooter-infestation of their neighborhoods.

When Bird and Lime introduced scooters last year, the cheap, clean, and progressive solution to urban congestion seemed to offer commuters an easy alternative to cars and public transportation.  Just find a scooter wherever a previous user left it, scan your driver’s license and bar code, and you’re on your way for a couple of bucks.

In this case, however, the unintended consequences were predictable.  Users often disregard traffic laws, cutting in front of cars and terrorizing pedestrians.  Discarded scooters are dropped willy-nilly, creating eyesores and turning sidewalks into obstacle courses.

Irate residents have begun taking back their streets by taking matters into their own hands.  Incidents of vandalism have proliferated as scooters are found with their cable wires cut or brakes smashed. Often, mere sabotage is not enough.  Vigilantes routinely throw scooters into trash bins or into the ocean, stack them in piles ten feet high, and even set them on fire. An Instagram account devoted to scooter destruction has attracted 24,000 followers.

What began as an opportunity for urban renewal has fallen victim of the decline in civility that is overtaking modern society.  There was a time not so many years ago when cyclists responsibly parked their bikes away from the flow of pedestrian traffic. On the rare occasion when a careless rider failed to show sufficient awareness of public space, some thoughtful passerby would take the initiative and move the offending bicycle to one side or the other.

But in our age of immediate gratification and self-absorption, anything within reach exists only for the benefit of the user.  In a world besotted with virtual images, the inconvenience or damage that my own irresponsibility might cause others in the real time and space is never reckoned or imagined.

Even the understandable violent reaction by those who want to reclaim order only serves to acceleration the normalization of chaos.

King Solomon says, One who digs a pit will fall into it, and one who sets a stone rolling will have it roll back on him.

When we don’t contemplate the impact of our actions on those around us, we actively create a toxic society into which indifference seeps like poison, contaminating perpetrators and victims alike.

The surest way to restore civil society is to act with civility, towards all people at all times.  That requires us to look beyond ourselves, beyond the moment, beyond the immediacy of our own gratification.  Like it or not, the world we live in is of our own making. And what we make of it will be the inheritance of our children, and their children after them. 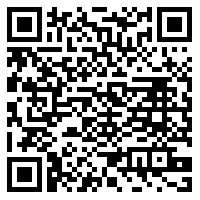