Last summer, two U.S. congresswomen, Reps. Ilhan Omar (D-Minn.) and Rashida Tlaib (D-Mich.), asked to visit Israel with a pro-BDS group. The purpose of the visit was effectively to conduct an anti-Semitic campaign against Israel from within its own borders and in violation of its laws.


The request put Israeli Prime Minister Benjamin Netanyahu in a difficult position. He knew that if he barred the two from entering the country, it would outrage the American left, in particular the liberal wing of the Democratic Party. He ultimately decided to reject the congresswomen’s request, announcing that he would not allow them to advocate for BDS in Israel. However, he added that if Tlaib wanted to visit her grandmother, who lives in a village near Ramallah, she would be allowed to do so. (Tlaib had claimed her grandmother was about to die, and that it might be her last chance to visit her.)

Tlaib’s true face was exposed: She rejected Netanyahu’s offer of a humanitarian visit and refused to promise she would not exploit the visit for BDS purposes. Eventually, Israel slammed the door in her face. Tlaib had proved her hatred of Israel was stronger than her love for her grandmother.

Today, Israel’s “Anyone but Bibi” camp, too, should consider the question of whether or not they love Israel more than they hate Netanyahu. The country is facing enormous health and economic challenges due to the COVID-19 crisis, and of course the country’s diplomatic challenges—from Gaza to Iran—haven’t gone away.

In addition, thanks to U.S. President Donald Trump’s groundbreaking peace plan Israel is at a pivotal crossroads, with the opportunity, for the first time in decades, to shape its borders optimally, in a way that only a few years ago would have seemed nearly impossible. And this with the support of the greatest superpower in the world, the modern-day Rome.

But that makes no impression on the leaders of Israel’s Blue and White and Yisrael Beiteinu parties because Benny Gantz and Avigdor Lieberman are allowing their hatred for Netanyahu to overcome their love of Israel. They might not be aware of or admit this, and indeed, it might only appear to be the case, but in politics appearances are no less important than reality.

Any thinking person, any citizen, who wants Israel’s March 2 election to have meant something should demand that Gantz and Lieberman do what must be done and join a unity government under Netanyahu, allowing him to continue as prime minister until at least January 2021, when Trump or his successor will be sworn in on the steps of Capitol Hill.

Now is the time to join hands and allow Netanyahu to deal with the challenges and opportunities facing Israel.

Gantz and Lieberman, you received votes from Israelis who love their country, and you must pay them back in the same currency—love of country. Prove to your voters that you can and want to carry out their will. Don’t treat the country like Tlaib treated her grandmother. In the end, if you insist on doing everything your way, you won’t achieve a single one of your goals.

The voters have given you a chance, like Netanyahu gave Tlaib. If you don’t take advantage of this opportunity and agree to a unity deal with Netanyahu, in the end you’ll find yourselves—like Tlaib—shut out. 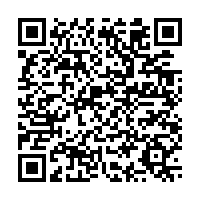