Prime Minister Naftali Bennett held a primetime press conference about his COVID-19 policies Monday evening. It went poorly for him.

Channel 12 News reporter Ofer Hadad spoke for many Israelis when he said, “Mr. Prime Minister, on the one hand, you’re signaling urgency and fear, and on the other hand, confusion.


“You decide to require a Green Pass for entry into shopping malls, and then you do an about face. You call for children to get vaccinated and then we discover that the education minister is – at best – refusing to mobilize the school system to this end. You ask the citizens of Israel not to travel abroad. And then your family flies off to the Maldives. You’re confusing us.”

Bennett’s confused and contradictory policies on COVID-19 are of a piece with his confusing and failed policies in every other major policy sphere. From his dealing with the Biden administration, the Palestinians, Iran, Diaspora Jewry, the economy and beyond, Bennett’s policies are a muddle of self-defeating contradictions.

Consider the situation with the Biden administration. Bennett said that by forming a radical ruling coalition dominated by the Left and the Islamist Ra’am Party, he would vastly improve Israel’s relations with the administration. Bennett and his partner, Foreign Minister Yair Lapid, insisted that then-Prime Minister Benjamin Netanyahu had brought Israel-US relations to a crisis through his close relations with then-President Donald Trump and the Republican party. Bennett and Lapid claimed that once they took charge, ties with the Biden administration would vastly improve.

But the opposite has occurred. On Tuesday, Channel 13 News reported that for the past three weeks, President Joe Biden has refused to speak with Bennett. US Secretary of State Antony Blinken refuses to engage in any serious discussion of the administration’s Iran policies.

In a phone call with Bennett three weeks ago, Blinken reportedly refused to seriously discuss Iran’s nuclear program and the nuclear talks in Vienna. Instead, he focused obsessively on Jewish communities in Judea and Samaria and Jewish neighborhoods in northern, eastern and southern Jerusalem, to which the administration passionately objects. Blinken escalated the administration’s demands that Israel stop construction for Jews in Jerusalem’s northern Atarot neighborhood.

Blinken’s animosity reinforced the already strong sense that the Biden administration views Israel as an irritant, not an ally. For Blinken, Biden and their colleagues, Israel is the problem in the Middle East. As for their supporters on the radical left, Biden and his team wrongly view Israel as the “occupier” in its capital and national heartland.

Biden’s National Security Advisor Jake Sullivan arrived in Israel on Tuesday. Whereas Bennett’s advisors told the media that the purpose of his visit was to discuss Iran, a US official insisted that Sullivan’s primary goal was to step up the pressure on Israel to stop Jews from building homes in Jerusalem, Judea, and Samaria, and only after that would he discuss Iran.

Following Sullivan’s meeting with Bennett Wednesday, Israel Hayom reported that as far as Iran was concerned, far from coordinating positions and reaching a joint plan of action to block Iran from becoming a nuclear power, Sullivan merely presented a vague plan of increased sanctions and Security Council condemnations of Iran that the US might implement against Tehran at some point in the future if the Iranian regime fails to agree to reach a nuclear deal in Vienna.

Bennett has no policy for managing relations with the most hostile US administration in history. Although Bennett ostensibly opposes Washington’s dictates on nullifying Jewish property rights, Defense Minister Benny Gantz is essentially toeing the administration’s line. After Yehuda Dimantman was murdered last Thursday by Palestinian terrorists on his way to his yeshiva in Homesh in Samaria last week, Gantz didn’t order the destruction of the terrorists’ homes. He ordered the destruction of Dimantman’s yeshiva.

Gantz has given retroactive approval for thousands of illegal buildings in Area C that the Europeans built for the Palestinians, and approved the construction of thousands more.

This brings us to Iran’s nuclear weapons program. According to Gantz and Lapid, Iran’s achievement of independent military nuclear capabilities is imminent. Yet Bennett has no policy for dealing with this state of affairs. Once a week the media report the IDF’s detailed operational plans for destroying Iran’s nuclear installations. Twice a week the media report that Israel lacks the capacity to attack Iran’s nuclear installations and needs America to take care of Iran for us.

These opposing views presumably reflect the points of view expressed in Bennett’s security cabinet. There, apparently preventing Iran from achieving independent military nuclear capabilities is presented as an all-or-nothing deal, with no middle ground. Israel has no diplomatic options. It has no option to help the Iranian people bring down the regime. Sabotage is apparently off the table.

Either the entire Israeli Air Force flies to Iran to destroy all of its nuclear sites, or America will rescue Israel – at the cost of Israel’s sovereignty and national identity.

What is the source of Bennett’s strategic confusion?

Bennett’s COVID-19 policies provide a clue. To date, Bennett has only fully implemented one clear-cut decision. He barred all non-Israeli citizens from entering Israel.

Whether you are a grandparent who wants to see your Israeli grandchildren, or a high school class scheduled to spend a year in Israel, if you don’t have an Israeli passport, Bennett says, “Keep out.”

To date, criticism of Bennett’s ban on tourists has focused on the economic price Israelis are forced to pay. According to the Israel Association of Travel Agencies and Consultants, by banning entry to foreigners, Bennett has caused severe economic distress to 100,000 travel agents, tour guides and their families.

But there is an additional, much deeper cost: the Jewish cost.

Over the past week, expressions of outrage at Bennett’s blanket ban among Diaspora Jews have multiplied. Jews worldwide express feelings of hurt, outrage and humiliation at what they perceive as an abandonment and betrayal. Israel is the homeland of the entire Jewish people – wherever they dwell. Despite this, Bennett is making a distinction between Jews based not on the COVID-19 status, but on the passports they hold.

After South African native Eliyahu Kay was murdered last month as he made his way to work at the Western Wall, members of the South African Jewish community flew to Israel to pay their respects. While their flight was in the air, the government announced a ban on entry to non-Israelis arriving from Africa. The first people to be turned away were the Kay family’s friends. They arrived on a Friday morning and were forced to return to South Africa, in violation of Shabbat.

The ban on Diaspora Jews, he said, “is causing terrible human suffering. It’s dividing families, people can’t come for family celebrations, or just to see their relatives. It’s a moral disgrace, and cannot be defended on the grounds of medical safety.”

Bennett’s move, Goldstein and many other Diapsora Jews say, is a betrayal of the central foundation of Zionism.

As Goldstein put it, “The future sustainability and success of Israel depend on if it fulfills the reason for its existence. That is to be a Jewish state. If you violate the Jewish identity of the Jewish state, if you take away its reason for being, that is a strategic threat to the state of Israel.”

At the outset of his Coronavirus cabinet meeting on Tuesday, Bennett said, “We are discussing the heart of the policy. We who are responsible, have no good options.”

Bennett’s statement touched the essence of leadership – deciding between imperfect options in an environment of uncertainty, and implementing policies whose ultimate outcome is unknowable.

In the past, Bennett presented himself as a conviction politician. He wrote a book on how to fight COVID-19. He published a plan to apply Israeli sovereignty over Area C and another one to destroy Hamas. When Bennett abandoned his ideological camp to form a government with the left, he abandoned all of his books and plans and any glimmer of a conviction. Now, as prime minister, he has no ideological foundation to guide him.

Public support is important for two reasons. First, leaders without public support lack the ability to convince their colleagues in government to stand with them. Second, leaders with a public behind them are expected to serve that public.

As for experience, Bennett never held real executive office. Bennett’s experience was as a pitchman. He sold start-ups. He set out perfect policies he never had to implement in the real world. He ran campaigns.

So when Prime Minister Bennett talks to his ministers about choosing between bad options, he has no convictions and no experience to guide him. And he has no constituents to whom he owes allegiance. Bereft of all three components of leadership, Bennett is the apotheosis of an empty suit.

Bennett’s blanket ban on entry for tourists demonstrated his lack of all three.

To be sure, with the advent of the highly contagious Omicron COVID-19 variant, Israel, like all other states, is compelled to take steps to limit insofar as is practicable the spread of the virus. At the outset of the pandemic two years ago, lacking sufficient COVID-19 tests and treatment protocols, and with no vaccines in sight, the government’s decision to temporarily close the borders to non-citizens – like its decision to enact a national shutdown – were understandable.

But today, tests, treatments and vaccines are abundant. An experienced leader guided by Zionist convictions and sensitive to the cost his policy would impose on voters and other important stakeholders, would look at the situation and recognize that there are more options than having the country completely open or completely closed to tourists. For instance, the government could require tourists entering the country to abide by the Green Pass requirements of vaccinations, PCR tests and quarantine. Such a policy would reduce the danger of contagion, while limiting the damage to the economy and relations with Diaspora Jewry.

Bennett can repair the damage he has caused Diaspora Jewry fairly easily by cancelling his entry ban and applying the Green Pass criteria to foreign visitors. Repairing the damage his inexperienced, conviction-free and unsupported positions in all other spheres are causing will not be so simple. 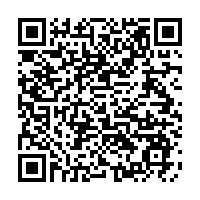