But you’ll think about what the author wrote…I am.

You’ll want to dismiss it as nonsense…I wish…more, I believe he is wrong.

Tuvia Tenenbom has written a book, “Catch the Jew”. He’s a fantastic writer – more, he’s a journalist…and I can tell you I say that about very few people today. Most so-called journalists, certainly the ones who work for BBC, CNN, and sad to admit, even the “friendly” media like Fox News, are more interested in shaping the news, rather than reporting it. They “frame” it, they will tell you, but the frame is faulty because it comes with a predetermined conclusion. Tenenbom’s book doesn’t. You aren’t quite sure where he’s going to end up – at varying points, you wonder whether someone else will be finishing it because he ended up getting murdered upon discovery that he isn’t the Aryan Christian he pretends to be. He goes among the right and laughs at them; he meets with the left and finds them moronic. He meets with Druze, Bedouin, Muslim, Christian and Jew…and pretty much every denomination among them. I wish I could have met with him because what he considers the “center” of Israel, really isn’t; what he calls the “extreme right”, isn’t either. There are two things I think he got wrong. Considering how long the book took, how much time he spent in Israel…that’s really not too bad. What he got right is placed before you with sharp, insightful and even sarcastic sentences thrown out there for you, the reader. As he meets with some politician, it is as if he turns his head and speaks to you, explaining that you, like he, should not be fooled by the hot air in the room.

The first inkling of this comes when he listens to Arabs explain how Israel is responsible for all their ills…how they cannot even repaint a small area of a ceiling because the Israelis won’t let them…and then almost immediately following this, the Arabs take him (a German Christian journalist who is really an Israeli-born Jew of German descent) to see a Turkish bath being built with European donations to the tune of 2.4 million Euros. His comment “Either the Israelis are stupid, or the Arabs are liars.”

He didn’t mean to be right-wing, and will deny to the end that he is…and yet his biggest complaints are against the left and the Germans who are spending millions of dollars quietly undermining the Jewish state. That’s it…those two things is what the book really boils down to…the self-hate of the Jew and the anti-Semitism of the past are alive and well and even thriving.

With these conclusions, and the solid proof he offers page after page, you can’t argue with Tenenbom. It is the last page that you are devastated and as he leaves Israel (having finished the 6 or 7 month assignment he accepted in order to write the book), you cry with him.

He predicts our demise, the end of Israel. There is no other conclusion that he can come to, having seen the endless efforts the left devotes to this very goal. Israel, he writes, a beautiful, amazing, brilliant nation…cannot defeat the Germans and the left, the anti-Semitism, the NGOS and the Europeans and the UN. It is, he believes, a foregone conclusion.

As I closed the book, I was left feeling his incredible sadness…matching it with my own. But not for a second did I believe his conclusion, let me make that clear. It would be like watching a biographical movie where early on, the family is being told their loved one will die and so they cry and you cry with them for the agony in their hearts, even though you know that some miraculous cure is going to be found…after all, the person went on to invent something, do something, star in something…and thus the movie.

No, Tuvia – Israel is not going to die. We’ve survived so much more than the left-wingers and the Germans. We have known self-hating Jews from the time our people was born, thousands of years ago, and self-serving apologists since our nation was founded decades ago.

As for the Germans…they are as the Assyrians, the Amalekites, the Babylonians, the Canaanites, the Phoenicians, the Ottomans, the Ancient Egyptians…no more, no less. We have survived the Hamans and the Hitlers. Germans? Really, please don’t worry.

We are isolated and alone…but Tuvia, when have we not been? No, we are not better than anyone else – that is a flaw in the minds of many. They equate chosen with better. Two different words, two different meanings. You can choose the ugliest or the prettiest, the plainest, tallest, smallest. You can choose anything…and yes, God chose us.

No Jew who understands Judaism equates “chosen” with better. We aren’t smarter, though we are smart. We aren’t richer, that’s for sure but our wealth cannot be measured in dollars and oil. What you didn’t learn, dear Tuvia, when you were here, is that if we are anything, we are the most stubborn and the most determined.

Even the left will rally to meet us in the center when we are threatened. The truest most self-hating Jew will be the one who implodes while those who love Israel will survive. Yes, they may argue about this piece of land or that law, but the Gideon Levys of Israel, the Rabbi Ariks, they were left behind in Egypt thousands of years ago; they’ll be left behind in Europe and the United States.

Their future is not with Israel, but Israel’s future is not what you perceived. Last summer, against all odds, thousands of rockets were fired at Israel. Buildings they hit, cars they burned but day after day, the miracles piled up. Your greatest flaw while you were here is that you tried to dig down below the surface of Israel…and you succeeded to some extent, but you missed what was right before you eyes – Israel will not end.

My children walk this land; my grand-children are being born into it. I hope to live long enough to see my great grandchildren dancing here and when I die…please God let it be many, many years from now (like maybe around 70)…I will try to remember to think of you and say, “Tuvia, Tuvia, as your name implies, God is good. God is forever…and so is Israel.”

No Tuvia, the book is great, but the ending is wrong. They’ve shot missiles at us…they’ve sent suicide bombers…they’ve tried to poison us, axe us, tractor us, stab us, shoot us, explode us. They’ve rushed our borders, tried to bomb us from the air. Have you noticed how many things have gone wrong with Iran’s nuclear quest…no, I don’t mean the sanctions…I mean those computer viruses, those strange explosions, even earthquakes.

Israel is a land of miracles and the Jews are a people of miracles. It makes no sense that you can fire thousands of rockets at populated areas and one by one… 99% of these rockets manage to find that little patch of “open” space.

The Germans can pour all the money they want into Palestinian causes while pretending that they continue to atone for that which cannot be atoned. 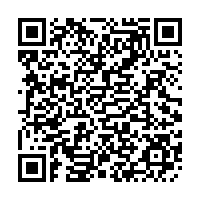