Analysts that try to put a positive spin on this Yes Nukes deal with Iran will for the most part be found wanting if the deal is implemented. It is important for Congress to take a stand here to fix this very bad deal.  If not, it boxes Israel in a corner and that is not in the interests of peace either.

If congress is able to cancel this agreement, they may seek a compromise solution of editing and limiting the agreement rather than to repeal it entirely. It all depends on how many democrats take this for the serious threat to national security that it is. Although the President should have the right to conduct foreign policy, it must be on behalf of American interests, and this agreement does not seem to pass that test. Although it’s best for America to look decisive, it’s vital for America to not be self-destructive, nor the diplomatic epicenter of World War III.

Outright rejection of the treaty would be preferred, as it would act as a gentle form of censure of the President for risking national security so brazenly.

If congress is unable to act, the only good thing is that now there will be no room to allow Iran to continue to get away with it once they violate it and everyone not high on diplomatic euphoria knows that they will. The moral outrage of a broken deal is the only thing left that can wake a left wing in the West that is preoccupied and distracted from the clear evil intentions of the Iranian regime. Unfortunately that may mean a war somewhat akin to World War III, but that is where Western leaders have joyfully allowed Iran to lead them.

Iranian Foreign Minister Zarif made a statement today, calling this a Win-Win agreement and historic.  He said, ”We are reaching an agreement that is not perfect for anybody, but it is what we could accomplish,” Zarif continued, “and it is an important achievement for all of us. Today could have been the end of hope on this issue. But now we are starting a new chapter of hope.”

If you wish to translate through the obfuscation, just reverse everything he said and then you’ll come out with the truth. It is a lose-lose agreement that begins the loss of hope of avoiding war.

Meanwhile President Obama has stated he did this deal to prevent a spiral into war, but unfortunately it is very likely to provide just the opposite. The deal would have had to be much tougher to prevent war. Now the President has written that spiral into war into a treaty.

Without any moral reversal of their hatred for America and Israel, Iran is to be allowed Nuclear Research and Development and Missile production as RIGHTS.

Inspections would have to have zero notice capability to have meaning.  Iran is to be given weeks.  (See Annex 1.78 for details. It would take 14 days to request Iran to CONSIDER meeting IAEA requests for an inspection, and another 7 days to set a committee to deal with the issue, and 3 days for Iran to respond, and thus to be able to compel Iran, from time of complaint until the last day Iran could get away with delaying compliance, it would a total of 24 days!)  More than enough time to hide things that could embarrass any signatory of this deal, but not meaningful to prevent nukes. Depending on diplomatic matters and procedure more than inspection imperatives can only bring disaster. There are other loopholes as well.

Meanwhile they continue to threaten Israel and hold American citizens in their prisons.

As Prime Minister Netanyahu pointed out, giving billions in sanctions relief to Iran even as they pledge to continue their unofficial war against the West, will undoubtedly be used to immediately bolster funding of terror throughout the world.

There is too much wiggle room for Iran and too little reassurances to Israel to avoid conflict. There is a very good chance that Israel would have to strike sooner than they would have liked to, since there would no longer be the USA as a giant shot blocker in the background helping Israel to defend the basket.

Whether they are attacked by Israel first or not, Iran could be planning to attempt to strike at a dozen nations at once rather than fight a traditional bi-national war, considering their affiliated international terrorist network. Israel has the right to defend itself under international law. But in forcing them into this hole, against a country they can wound but not overwhelm with one conventional strike, Obama, has unwittingly perhaps set the stage for a protracted multinational war.  The calling of US troops into harms way is an inevitable 3rd act to this play as it currently is written.

Thus the only way to avoid war is if Congress takes a stand.  It’s time for the Legislative branch of government to step up and limit the error of the Executive branch. Optimally, they should cancel the agreement. Minimally, edit it.

Congress can still override President Obama’s veto and overturn this decree against peace in the world. May it soon be so, by the grace of God. 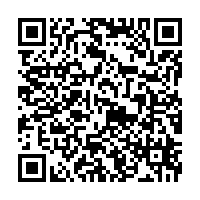