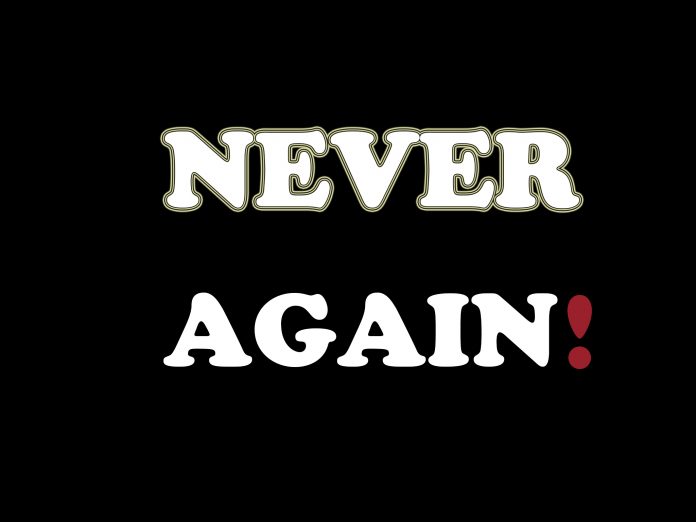 Five years ago when I served as Director-General of the Ministry of Foreign Affairs of Israel, I stood in the Bergen-Belsen Concentration Camp in Germany on Yom Hashoah where I was asked to speak. There were good reasons to focus on Bergen-Belsen. It had emerged as one of the key concentration camps established by the Nazi regime for the purpose of exterminating the Jews of Europe. It had no gas chambers like the Nazi-run death camps at Auschwitz and Treblinka in Poland. Yet thousands died in Bergen-Belsen – from disease, starvation, exposure, and sheer exhaustion, especially after the death marches in the winter of 1944-45 from the evacuated camps in the East. Typhus and typhoid fever were rampant.

Thus Bergen-Belsen’s role grew as a central hub of the concentration camp system after the Red Army crushed the Wehrmacht along the Eastern Front and the Germans transferred their surviving Jewish prisoners to camps within the borders of the German state.

Jews from all over the Nazi Empire were forced into Bergen-Belsen – from Poland, Hungary, Yugoslavia, the Netherlands, France, as well as North African states, like Libya and Tunisia. The commandant of Bergen-Belsen at the end of 1944, Josef Kramer, was an SS officer who previously had been in charge of the main killing center at Auschwitz.

Five days after the British army liberated Bergen-Belsen on April 15, 1945, a BBC reporter, Richard Dimbleby, entered the camp and made a tape recording of the former Jewish prisoners congregating on a Friday night, rising up with their frail bodies, and breaking into a Hebrew song, “Hatikvah,” which means “the Hope.” It was to become Israel’s national anthem.

That very moment in time forged a link between the horrors of the concentration camps and the restoration of Israel just a few years later. By choosing “Hatikva,” the Jews at Bergen-Belsen were also reminding the world that theirs was a 2,000-year-old hope that dated back to when the Jews lived as free people in their own land. They were also saying that it was time to go back home.

What has the modern state of Israel learned from the horrors of Bergen-Belsen, and the Holocaust, more generally?

Chaim Herzog served as an officer in the British forces that entered Bergen-Belsen in 1945. In April 1987 he went back, as Israel’s sixth president, and directed his words to the victims in their graves. He declared that they bequeathed a responsibility to later generations to ensure that the Jewish people would never again be helpless. That meant, first, that we will never allow anyone to do this to us again.

In modern times, there is a new anti-Semitic wind blowing across Europe, reviving memories of what transpired on that continent decades ago. But there is a real physical threat to the Jewish people that emanates from a regime in the Middle East that parades missiles in its capital nearly every year and fastens to its launchers the words, “Israel must be wiped off the map.” You cannot wipe a country off the map without posing an existential threat to the people who live there.

The reports of the International Atomic Energy Agency (IAEA) since 2011 have added that the same regime is aspiring to remove the conventional warhead from the very same missile that it parades and replace it with a “spherical nuclear payload.” Not much is left to the imagination. Israel will deter and defend against any state or political movement which poses a threat to the Jewish people. This is not an obsession, but a sacred trust handed to us by the people buried under the rubble of the Second World War.

The legacy for Israel and the Jewish people from the Holocaust is not only in the military field. Since the end of the Second World War, Jewish judges and lawyers stood at the forefront of the international struggle against genocide in any form, in any context. It was a Jewish jurist named Raphael Lemkin who in fact coined the term, genocide. It was another Jewish scholar, René Cassin, who had a pivotal role in drafting the Universal Declaration of Human Rights. Shabtai Rosenne fought for the creation of an International Criminal Court (ICC), though it became, tragically, corrupted by states that sought to politicize it shortly after it was founded.

Despite these and similar legal efforts, the threat of genocide has persisted since the Second World War: in Cambodia, Rwanda, Bosnia, Darfur, and across the Middle East in Kurdistan and Syria. Israel is a small state. But Israeli diplomacy must do everything in its power to recognize the warning signs and the threats of genocide and then to mobilize and press states to prevent it. That is an enormous responsibility, but as the survivors of the greatest crime in human history, we must bear that burden and undertake to banish this threat from the family of nations.

As a final note, fighting genocide requires advancing tolerance and mutual understanding between peoples. I am extremely aware that I am giving this address in Bahrain. In the 19th century, East African slaves in the Gulf escaped to Bahrain where they knew they would be freed.

While many nations evicted their Jews during the Holocaust, that did not happen in Bahrain. His Majesty King Hamad bin Isa Al Khalifa has stood for outreach and tolerance between peoples and civilizations.

Bahrain is located on a strategic seam between the Arab world and Iran. Most leaders in such a situation would be paralyzed into inaction. But what did King Hamad do? He made peace with Israel and took a leading role with the states that signed the Abraham Accords. He established The King Hamad Global Centre for Peaceful Coexistence in 2018 and opened new doors by being the first country in the Arab world to adopt the IHRA definition of Anti-Semitism. This is not just smart diplomacy; it is an act of real political courage which we must always recall and for which we will honor his historical role. 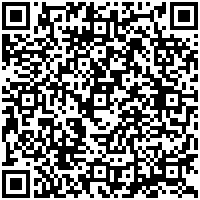