The passage of an Israeli law to withhold funds that the Palestinian Authority uses to pay murderers for killing Jews is the correction of an unconscionable injustice. That a democratic country with a High Court of Justice has allowed itself to transfer funds month after month to a murder-sponsoring entity within its midst is not just bad policy, it is completely illegal and utterly immoral.

Israeli parliamentarians finally awoke to the reality that the P.A. pays more than $360 million a year to terrorists serving prison sentences in Israeli jails and to the families of terrorists killed while in the act of attempted murder. The payment scheme—on the law books of the P.A. from as early as 2011—bases amounts to each terrorist or family on the severity of the jail term, with additional incentives for terrorists holding Israeli identification cards.

Israel was not the first country to legislate against the “pay to slay” practice. In March, the United States passed the Taylor Force Act, which prohibits the U.S. from sending foreign aid to the Palestinian Authority as long as the payment scheme remains in place.

The bill was named after Taylor Force, a 26-year-old American West Point graduate who had served tours of duty in Afghanistan and Iraq. Taylor was visiting Israel as part of an entrepreneurial seminar connected to an MBA program at Vanderbilt University when he was stabbed to death on a popular Tel Aviv promenade by a terrorist from the Palestinian city of Kalqilya.

The terrorist was killed by police responding to the attack. To add insult to injury, Palestinians celebrated Taylor’s death, and soon afterwards, the terrorist’s family began receiving large monthly stipends—well in excess of average Palestinian salaries.

Former U.S. serviceman Taylor Force, who was stabbed and killed in March 2016 by a Palestinian terrorist in Israel. Credit: Facebook.

Several months later, Sander Gerber, a private New York financial executive and former board member of AIPAC, reached out to Taylor’s parents, Stuart and Robbi Force. Gerber had recently been made aware of the payment scheme, and was shocked to learn that most Israeli and American politicians were clueless that terrorists were being paid to kill in accordance with Palestinian law.

Gerber began a relentless campaign to research and expose the full and precise nature of the stipend scheme. What he found—with the help of the research and legal teams at Palestinian Media Watch—was that the scheme was more sophisticated than any Israeli politicians had ever imagined. Hundreds of millions of dollars paid each year in salaries directly to the murderers of Jews.

No longer was the P.A. simply guilty of incitement to murder through school textbooks, television stations, social-media avenues and frequent speeches by Palestinian leaders, including P.A. head Mahmoud Abbas calling for the blood of Jews; the P.A. was proven to be an official terror-sponsoring entity.

Worse yet, most of the funds utilized to secure its budget and make the terror payments came either by way of foreign aid provided by the United States and others, or through a tariff agreement with Israel whereby funds are collected on behalf of the P.A. at ports of entry and then passed monthly by Israel to the Palestinian entity.

With this information in hand, Gerber enlisted Taylor’s parents in a campaign to educate lawmakers. Together, they demanded that both the United States and Israel stop sending funds that now could be proven were going into the hands of murderers.

For the United States, the issue was simple: The foreign aid that America provides is voluntary and can be withheld if it is deemed to not be serving America’s interests. For Israel, there were additional legal questions, as the funds are collected by Israel on behalf of the P.A. as part of the Oslo Accords. Yet once it was clearly established that the sponsorship of terror was a direct violation of the Oslo Accords, legal concerns were eased.

The U.S. Taylor Force Act was signed into law in March; it took several more months for Israel to follow suit. Despite calls by Israeli Prime Minister Benjamin Netanyahu for funds to be withheld from the P.A. from as early as 2015—coupled with his expressed support for the passage of the Taylor Force Act—the government sought to insert a waiver provision into the Israeli law. The waiver would have given Israel’s government the right to pass any funds withheld over to the P.A. at a later date based on security or geopolitical concerns, such as pressure from the international community. Such a provision would have rendered the law useless.

The argument in favor of the provision was that withholding funds from the P.A. could lead to its collapse. Proponents of the waiver essentially were suggesting that the risk of a P.A. collapse and the uncertainty that might follow is more dangerous than giving the P.A. funds that are then used to incentivize murder.

Recently, the United States rejected a similar argument by moving its embassy from Tel Aviv to Jerusalem. The Trump administration was warned that the move would spark widespread unrest and destabilize the region. While protests ensued on the Gaza border, little violence was recorded in the West Bank and virtually none of the 250,000 Arabs living in Jerusalem—some just several hundred meters from the embassy—protested a move that did little to impact their day-to-day lives.

So, with the help of law sponsors MK Elazar Stern (Yesh Atid) and MK Avi Dichter (Likud), who is currently chairman of the Knesset’s Foreign Affairs and Defense Committee, a strong push was made to pass a law that did not give any option for a governmental waiver. After weeks of deliberations, the law secured the support of coalition and opposition members and passed this week by a resounding vote of 87-15, well beyond the normal tally of Knesset votes.

The passage of both the U.S. and Israeli versions of the laws to withhold funding is a testament to the relentless pursuit of Gerber and Force (who were both present for the Knesset vote). At an Israeli event in celebrating the outcome, Force noted that because they weren’t government officials, it might have been easier to push for the two laws’ passage.

Other countries are now taking notice. On the same day as the vote in Israel, Australia also announced it would withhold funds from the P.A. European nations may soon do the same.

The issues now relate to the implementation and enforcement of the laws, as well as what to do with the withheld funds. In the United States, the State Department must provide evidence that the payment scheme remains in place for the funds to be withheld. According to the Taylor Force Act, that discovery process needs to begin now, some 90 days after the law’s passage.

According to the Israeli law, a review of the Palestinian budget line items and payment scheme must take place at the end of each calendar year. According to this provision—unless a stricter interpretation of the law is demanded—Israel will continue to send the monthly payments until the start of 2019, when a presentation will be made as to whether the payments have halted or not. If not, funds can be withheld in February.

Gerber, Force and the backers of the Israeli law are pushing for any funds withheld to be paid out to the victims of Palestinian terror who have secured judgements against the P.A. in court. This represents the truest form of justice: to take the funds once designated for the murderers and to provide them instead to the victims.

Both the U.S. and Israeli laws represent the first major steps in holding the P.A. accountable for nearly three decades of incitement and terror financing.

Israel has two men to thank for taking these legislative steps: Sander Gerber and Stuart Force. May the memory of Stuart’s and Robbi’s son, Taylor, be a blessing for peace and comfort to all victims of Palestinian terror. 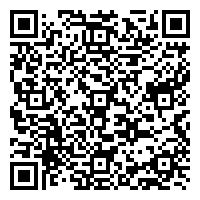