In attempting to rise above the Jewish community’s internal conflict over the role of the New Israel Fund in supporting boycott, divestment, and sanctions (BDS) against Israel, the Forward’s Jane Eisner (Anatomy of a Smear Campaign, March 10, 2015) pens an editorial that at first blush reads like it was written by Diogenes’ honest man (in this case, woman). We no longer have to strike a lantern against the daylight, the truth stands before us.

To her credit, Eisner acknowledges that the NIF is fair game for challenge and debate. To her shame, she engages in the very ad hominem tactics she decries in the NIF’s critics.


She comes not to defend the NIF but to expose the damage wrought on the Jewish community by its unrestrained critics. Like Mark Anthony, who came to bury Caesar, not to praise him, she, of course, ends up defending the NIF and its supporters.

Her issue is the challenge to the NIF marching in New York’s Celebrate Israel Parade this coming May. The Jewish Community Relations Council issued guidelines that those who support BDS are not welcome. But as Eisner notes, the NIF publicly affirms it does not support BDS, so why the attack on both the NIF and its supporters, many of whom are prominent members of the Jewish community whose generosity to both Jewish charities and Israel is legendary? Why make an issue of the JCRC permitting the NIF to march alongside pro-Israel groups.

For Eisner, the answer is to be found in the actions of the noted “right-wing agitator” (no ad hominem here) Pamela Geller, who sees the NIF as a force aimed it Israel’s destruction and whose supporters, irrespective of previous good deeds, are 21st century kapos. Geller intends to paste their names on one hundred bus ads in America’s largest cities.

Why cannot Geller, and the rest of us, simply take the NIF at its word and not expose the eleemosynary titans of the Jewish community, and the community itself, to public ridicule?

The answer is quite simple. The NIF lies. It lied about its relationship to George Soros’ funding, unless one is sufficiently gullible to believe that a Filipino entrepreneur living in Hong Kong decided to make the NIF her major charitable concern.

Saying the NIF does not support BDS but supports organizations that advocate BDS is like saying, Werner von Braun had nothing to do with the V2 attacks on London. He just made the rockets go up. Where they came down was not his concern.

And there is what should have been the embarrassing situation in a Manhattan court room, where an Israeli human rights lawyer, who represents groups with NIF funding, testified on behalf of Palestinian terrorists trying to evade financial and moral responsibility for shedding Jewish blood. For many of us, that was only the latest outrage. For Eisner, it was a McCarthyite attempt at guilt by association.

In my own community of San Francisco, Students for Justice in Palestine, arguably the most anti-Semitic campus group, sponsored along with a number of NIF-funded groups, an evening with Dalit Baum, a radical Israeli feminist who openly brags about her mission to destroy the Israeli economy. At the door of the event, as investigative journalist Lee Kaplan noted, was a card soliciting funds. Where was it to be returned? To the NIF headquarters.

So, is this too guilt by association? NIF did not sponsor Dalit Baum. They just financed some of the groups that sponsored Dalit Baum.

Maybe to Eisner this is a distinction with a difference. Maybe having been a pillar of the Jewish charitable community entitles one to a pass when supporting an organization that gave money to 972 Magazine, which featured a cartoon of a floating Prime Minister Benjamin Netanyahu raping a gravity-defying President Barack Obama in the sky.

Pamela Geller thinks it does not. Her confrontation with the leaders of our community might make them think twice about whom they support. Doing good deeds does not exonerate one when doing bad deeds.

If our community has a chance of surviving the betrayal of our leaders, we will need fewer apologias from the Forward and more Pamela Gellers. After all, when ancient Israel stood on the brink of disaster, it was often our women who rose against those in our midst who would betray us. 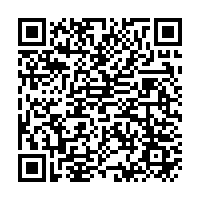