In general, taking territory from another country is treated under international law as illegal. Much of our sense that such illegality is as much morally wrong as it is legally prohibited comes from historical realities in modern history. The Nazi German takeovers of numerous countries across Europe between 1938 and 1945, together with the brutality with which they were carried out, stand even today as notorious examples of unacceptable behaviour in an attempt to dominate other peoples without the least pretence of legality of purpose or practice. More recently, the Russian Federation’s 2014 invasion of Crimea has caused unnecessary conflict with Ukraine and damaged Russia’s own international reputation.


Article 2 of the first chapter of the United Nations Charter declares:

“All Members shall refrain in their international relations from the threat or use of force against the territorial integrity or political independence of any state, or in any other manner inconsistent with the Purposes of the United Nations.”

This was formulated in 1945, in a very understandable response to the aggressions by Nazi Germany. It remains a valid ruling on the dangers posed by powerful nations should they too choose to use force to take over neighbouring territories. Even so, Article 2 was contravened by China in 1959 when it overran Tibet; by Turkey in 1974 when it invaded northern Cyprus, and is constantly contravened by Iran — with the evident complicity of most of the members of the UN — in its expansions into Iraq, Syria, Yemen ad Lebanon, as well as its 41-year-long threats to obliterate a fellow UN member state, Israel.

It is not surprising, therefore, that the UN Human Rights Council (UNHRC), with its existing and locked-in bias against Israel, should condemn Israel for its plan to extend Israeli law to disputed lands, in line with the US peace plan revealed in 2020. The rejection of the US plan by the UNHRC and others ignores the reality that it is one of the most balanced documents drawn up in favour of peace and the creation of a viable State of Palestine in the West Bank and Gaza.

Plans designed to bring about peace between the state of Israel and the Palestinians have been multiple, yet none has succeeded — in all instances because of Palestinian rejectionism. The worst case was President Clinton’s offer to the head of the PLO, Yasser Arafat, that would have required the Israelis to hand over about 90% of the lands to help create a State of Palestine. Arafat seemed to agree, then walked away and, from 2000-2005, waged against the people of Israel a campaign of terrorism known as the second intifada.

Peace plans and treaties only work when both sides sincerely want to make them do so, and then can require one or more generations of young people who learn the benefits of an end to violence. Sadly, that is still a remote hope. Today’s Palestinian children are taught to hate Jews and glorify — and handsomely profit from — violence against them.

There is every reason not to feel hopeful about yet another plan for peace. Even if the Palestinian Authority in the West Bank could be persuaded to act in its own self-interest (and there is little sign of that), the intransigent Islamist terror movements in Gaza — Hamas and Islamic Jihad — would most likely still not be brought around in the manner advocated in the plan as the only way to improve the lives of the Palestinians living there.

Nevertheless, we need to take one step at a time. Progress is held back by opposition to the proposed Israeli move. The EU, plus the chief of the United Nations, a multitude of Arab states, the international Organisation of Islamic Cooperation, some countries in Europe, and numerous countries historically unfriendly to Israel have, not surprisingly, condemned the move.

Possibly, once the move takes place, and Israeli sovereignty is extended into parts of Judaea and Samaria and the Jordan Valley, the Palestinians might respond with violence. Fifty-eight per cent of Israelis believe that the move could lead to a third intifada. The Israel Defence Force (IDF) is already preparing for action in that eventuality.

But is that inevitable? Most of the arguments concerning international law are based on a flimsy understanding of how and why Israel was brought into existence within international law, not to mention why Palestinian rejection has, for more than seventy years, been conducted outside that law. Moreover, in a clearer understanding, Israel’s planned move appears to be legal.

The Israel-Palestinian conflict is unique for several reasons, and to proceed by citing legislation that applies to very different countries and historical situations pretty well guarantees discrimination against the state of Israel — a level of discrimination from which Israel has suffered from since the day of its birth.

Let us take this in stages. Why did the idea of a Jewish state take hold legally in the early twentieth century? The First World War had ended with the defeat of Germany, but it was the overthrow of the vast Ottoman Empire that prompted the League of Nations to rescue their former Ottoman colonies from chaos and anarchy by creating the basis for nation states across the Middle East: Iraq, Syria, Lebanon, and Palestine (considered as the modern Jewish homeland). There had never been anything resembling an Arab or Islamic state known as “Palestine”. The name came from the ancient Romans’ Latin version of the land for the Philistines and had nothing to do with Arabs or Muslims. At the time, the Roman Emperor Hadrian was trying to make it seem as if land actually named Judea was purely Roman and had nothing to do with Jews. The use of the word in Britain’s 1922 Mandate for Palestine was simply based on the classical learning of the British learned and ruling classes.

Despite this, it is common today to find references to Palestine as a mainly Muslim Arab state that was supposedly “stolen” by Jews, or promised but not given to those people who describe themselves as Palestinians. That is an immense misconception, albeit one that seems to influence political and legal thinking internationally, especially among people who would like to believe it.

There are two chief inspirations for this mode of thinking. The first is Palestinian Arab nationalism, whose adherents portray Palestine as a long-term basis for loyalty from all the Arabs once living under the original Mandate territory or those currently restricted to Gaza and the West Bank. A state of Palestine is thought assured under the rights given to so many other people — from the Irish to all other post-colonial nations achieved through the end of empires. But that argument does not validate the fantasy that any state of Palestine ever existed or that the Palestinian Arabs are the indigenous inhabitants of Israel, Jordan, and the would-be state of Palestine.

In fact, Palestinian nationalism as a political movement only started around 1920 and was formulated in the form of the Palestine Liberation Organization (PLO) in 1964.

As the PLO leader Zuheir Mohsen openly admitted in the Dutch newspaper Trouw in 1977:

“For tactical reasons, Jordan, which is a sovereign state with defined borders, cannot raise claims to Haifa and Jaffa, while as a Palestinian, I can undoubtedly demand Haifa, Jaffa, Beer-Sheva and Jerusalem. However, the moment we reclaim our right to all of Palestine, we will not wait even a minute to unite Palestine and Jordan.”

When international bodies legitimize Palestinian demands on the basis of such nationalism, they ignore the artificiality of the concept. To add to this is the manufactured and long perpetuated myth of the Palestinian refugees.

Finally, we must examine the very real clash between today’s international law and the Islamic equivalent. We shall turn to these in Part Two. 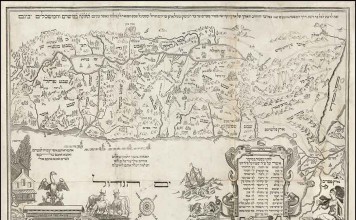