While the renascence of the Netanyahu-led Likud grabbed most of the media attention about the recent election, there was much to note and ponder in the resurgent Joint List Arab vote – both concerning and encouraging.

The negative implications are far more evident and obvious: empowering a political leadership that feels no meaningful identification with Israel, certainly not with the reality of Israel as a Jewish and democratic State.

Such leadership will lend its voice to stirring the pot with the Palestinians. This will primarily emphasize demonizing the Trump Peace Plan. All of this will be a distraction from where the leadership’s focus should be, which is on addressing the most pressing internal, social and economic needs of the Arab community.

Where then lies the good news? I think the answer is in the inferential increased desire to engage by the Arab community. Demonstrations against violence and crime in the Arab community in the months leading up to the election showed a willingness to draw back the curtain, to say that we have problems here.

The fact that the blame was laid primarily on the government, was unfortunate, but perhaps, given the current leadership, inevitable.

What was though noteworthy was the airing of what is fundamentally an internal, intra-sector problem: Arab on Arab violence and crime.

Recent surveys and data confirm that this concern is not at all anomalous, but rather representative of where Arab concerns lie.

Contrary to the focus of the Joint List leadership, the rank and file Arab community, is according to recent surveys, very internally focused. In one comprehensive survey, security, education, cost of living and healthcare were the four top concerns of the community, with the Palestinian issue a very distant eighth.

This is a very different orientation than one presented by the leadership, which focuses heavily on Israel’s treatment of the Palestinians, and, indeed, its very legitimacy.

And therein lies the subliminal good news of the Arab vote. It was actually a vote by default for the Joint List, as the only real mouthpiece for the Arab community. However, the vote I believe shows a desire for change and for greater engagement with Israeli society.

The reality of the Middle East as a raging cauldron of destruction has not been lost on the Arab community. Nor has the continued success, both relative and absolute, of the State of Israel gone unnoticed. Finally, Arab Israelis have seen that more Arab countries are finding common ground with Israel, and are placing far less emphasis than in the past on the Palestinian issue.

The majority of the Arab Israeli community has grown up in a sovereign Israel, where more Arab women are pursuing higher education, entering the work force, and having far fewer children in the name of more fulfilling professional lives.

While they have lagged the curve of quality of life improvements in Israel, Arabs have participated and can readily envision greater gains, both absolute and relative.

I believe we might be at a point of inflection, carrying great opportunity for both the Arab sector and overall Israeli society. With the right leadership, with the right orientation, this might just be the time for a greater integration of the Arab community into the lifeblood of Israel.

Such a leap would have to be a grassroots one, bypassing the entrenched anti-Israeli interests and mindset of the current elected leadership. It would also have to take a different path and have a different orientation from past efforts at integration.

However, the invigorated Arab vote and the recent evidence of a more self-aware and candid sense of the needs of the community, provide the groundwork for a different approach, a true meeting of minds and hearts.

The great leap forward that the Arab community must make, and I believe is increasingly willing to make, is the affirmation that they live in a Jewish and democratic State; and Israel as a Jewish State need not mean that Arabs cannot find parity, acceptance and integration within it.

This is not just the affirmation that comes when plans for a land transfer are floated, whereby large swaths of the lower Galilee would be given to a future Palestinian State. It is the recognition that Israel is the country of their birth and that the locus of their future, and that Israel will allow and indeed enable Arabs to rise and to live with dignity and self-fulfillment.

I do not believe this is a pipe dream. In fact, I think it is exactly what a close reading of the elections would indicate.

If this is in fact true, it will mean that the latent Arab desire to be part of society, an integrated and equal part of the society, becomes the Jewish opportunity to reciprocate and to work for that fulfillment.

Ironically, the greater likelihood for such reciprocity is likely to come from the Zionist camp, the Jewish Right, which feels no need to apologize to the Arabs. Precisely because of this, there can be reciprocal steps taken from strength that recognize the steps taken by the Arab community.

Can such an effort succeed? It somewhat depends on the definition of success. Will there be a sea change in the mindsets and actions of the majority of the Arab community? Highly doubtful.

However, if there can be a movement that engages even some 10 or 20% of the community such that there is a visual counterweight to the Joint List, then the beginnings of a viable sea change might appear. With the right grassroots leadership, there could be an increasingly visible and sustainable momentum that can provide the Arab sector itself with the possibility of an alternative to the current leadership regime.

In such a scenario Israel itself would be the biggest winner, with a more unified, cohesive and productive society. 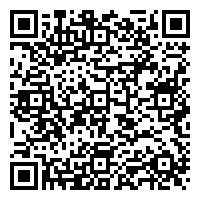